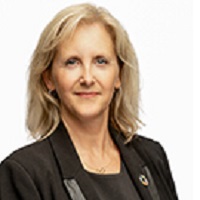 Ms. Thibault was first appointed to EDC's Board of Directors in January 2010 and was reappointed for a second term in February 2013. A Director of Equipment Leasing in the Corporate Finance Division at the Bank of Montreal since June 2015, Ms. Thibault was recruited to help build and launch a new product offering to add to BMO’s range of commercial services. Ms. Thibault was with the Bank of Nova Scotia from 2005 to 2015 her last role being a Regional Director and Group Lead in the Specialized Financial Services where she managed the leasing portfolios as well as the Immigrant Investor Program for Eastern Canada and Quebec. A graduate from McGill University in the Faculty of Arts, her 20-year career in the financial industry has included positions at HSBC Bank, the Bank of Montreal, Bombardier Capital Ltd., AT&T Capital Canada Inc., and Pitney Bowes Leasing. Ms. Thibault is also a member of the Institute of Corporate Directors.