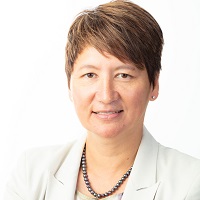 Kari Yuers was appointed to EDC’s Board of Directors in June 2018. With 27 years in the concrete waterproofing and durability manufacturing sector, Ms. Yuers is the President and CEO of Kryton International Inc. Headquartered in Vancouver BC and regional offices in China, India, Mexico, Singapore, UAE, USA and UK, Kryton exports to 50 countries through licensed distributors. Known for effective leadership, Ms. Yuers is currently the Director and Senior Vice Chair of the Greater Vancouver Board of Trade and a Fellow of the American Concrete Institute. Kari previously held board positions on the BC Premier's Women's Economic Council, the President’s Group, the American Concrete Institute International, and the Competitiveness BC Leadership Panel. In 2003 she was the recipient of the EY Entrepreneur of the Year Award, Pacific Region and the Influential Woman in Business Award in 2012.