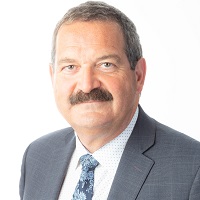 Pierre Boivin was appointed to EDC’s board of directors in June 2018. He is currently partner in the Business Law Group, National Leader of the Africa Group, Quebec leader of the Global Metals & Mining Group and former Managing Partner of the Quebec City Office at McCarthy Tétrault LLP. With a diversified practice focused on mergers and acquisitions, private equity and related commercial matters, Pierre’s knowledge expands across several industries, most notably mining, oil, and gas and energy on both a domestic and international scale. He is a trusted advisor and he is known for his ability to form relationships with many significant players at all levels of government within the African nations, most sub-Sahara Africa. In addition to his legal practice, Mr. Boivin’s involvement includes various boards such as FinDev Canada, NSIA Participations (Ivory Coast), as a nominee of the National Bank of Canada, CPCS Transcom and Kobo Resources. He is also on the Senior Advisory Board of the Canada Africa Chamber. Mr. Boivin is a member of various associations, including the Canadian Bar Association, the American Bar Association, and the International Bar Association. He is a graduate of the Canadian Institute of Directors and often acts as a moderator or speaker in numerous conferences in the fields of mining, oil and gas and energy, notable he is a co-founder and has been acting for almost ten years as a speaker/moderator at the Franco-Mine Conference in Cape Town (Mining Indaba) and in Toronto (PDAC). Mr. Boivin has been repeatedly recognized over the years as a leading Canadian lawyer in various fields and publications such as Who’s Who Legal Canada in the mining sector (Global Leader),Best Lawyers in Canada in Energy Regulatory Law, in the Canadian Legal Lexpert Directory in the mining, energy (electricity), oil and gas and corporate mid-market sectors, as well as in the Lexpert Special Editions of Leading Canadian Lawyers in various fields such as  Global Mining, Cross-Border Corporate and Energy. Acritas Stars has recognized him as a standout lawyer and APL Energies has named him Personality of the year in 2019, a career achievement award in the energy sector. He is also the only Canadian lawyer listed in Chambers Global Guide as a Leading Lawyer in the area of Mining, International & Cross-Border, Africa-wide.