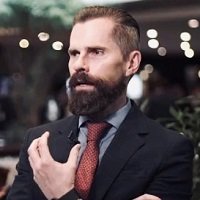 Mr. Nathan Andrew Nelson joined Export Development Canada (EDC) in 2005 and has had more than 17 years of experience in international business development and fi-nancial services, including project and corporate finance, with EDC. In January 2018, Mr. Nelson was appointed Regional Vice-President for Latin America and the Carib-bean, based in Mexico City, Mexico.

Prior to EDC, Mr. Nelson worked at a boutique financial institution in Uruguay and Argentina. Mr. Nelson is an MBA honors graduate from Queens University and has won the Calgary Chamber of Commerce award for excel-lence as well as the Jason Lang award in 2005 for Aca-demic achievement at the Haskayne School of Business. Mr. Nelson has been a prominent speaker in the Latin America conference circuit including regular participation in both TXF and Euromoney Latin America Confer-ences. He has also served on several Boards including the Canada Mexico Chamber and the Indo-Canadian Cham-ber. Mr. Nelson speaks English, French, Spanish and Por-tuguese and has total of almost 25 years of international business experience.