The COVID-19 pandemic has created unprecedented challenges for the global economy, pushing many countries including Canada into the red. Economic recovery will be dictated by the reopening of countries around the globe. The risk is the uncertain trajectory of the pandemic, including possible future waves of infection and no timeline for when a vaccine will become available. Canada’s higher trade-dependence makes us vulnerable to the virus’s spread and its impact on constraining or opening the spigot of international trade. This uncertainty makes it challenging for Canadian exporters and investors.

The strategic competition between the U.S. and China continues to take centre stage. With an escalation in trade tensions, these two geopolitical powerhouses appear focused on extracting the most from each other, rather than propelling the world economy forward. Peacekeeping missions, free trade agreements and international co-operation across myriad issues are taking a back seat. The current tensions could evolve into a more serious confrontation—on the economic front most immediately. Countries and companies around the world are being pulled into the American and Chinese orbits and could be forced to choose camps. This great power competition is heating up and its long-term consequences remain to be seen.

In recent years, the shift toward populism reached a new level when the United Kingdom voted to leave the European Union and America elected Donald Trump as president. With the rise of protectionism, there’s been an escalation in trade and diplomatic tensions, resulting in disruptions in global supply chains. The COVID-19 pandemic has exacerbated this risk as countries move to protect strategic industries and potentially localize supply chains. Trade and investment barriers have become a top challenge for Canadian exporters as highlighted in EDC’s  recent Trade Confidence Index survey. Exporters are hoping that the recent Canada-United States-Mexico Agreement (CUSMA) is a sign this risk is abating.

Most central banks in emerging and developed markets have reduced interest rates to stimulate their economies. The COVID-19 pandemic has furthered this policy trend, incentivizing more borrowing in order to limit the negative impact of the sudden halt in economic activity, and support the economic recovery. The risk of this monetary easing and public spending is that some countries, already in debt distress, end up unable to meet their debt payment obligations, especially if interest rates increase over time. Concern about debt levels in various countries could impact Canadian companies doing business there.

Global corporate debt has been rising in recent years, and the quality of this debt has deteriorated. Like governments, companies looking to take advantage of lower interest rates, rushed to issue bonds and take on more debt. Even before the pandemic, the International Monetary Fund (IMF) escalated its warning about these increasing levels of risky corporate debt. Companies’ failure to meet their bond payments on time could trigger a wave of defaults. That would further destabilize financial markets and potentially compound the economic shock triggered by the COVID-19 pandemic. This shock could have rippling effects on Canadian companies doing business abroad.

Fears that the global economy was inching closer to a recession has materialized in recent months, due to the COVID-19 pandemic and its impact on the global economy. Many countries around the world are already in recession. While governments are taking extraordinary measures to combat the negative effects of this crisis, there’s a material risk that global economic growth stays low for longer, plunging the global economy into a depression. Canada isn’t immune to the risks associated with a longer downturn. Slow growth reflecting reduced spending and investment could impact Canadian companies in several ways through lower demand from both consumers and companies, affecting nearly every part of Canadian companies’ supply chain.

The U.S. election is set to conclude in November, potentially taking place in the midst of a pandemic, economic recession and mass protests. Depending upon the outcome, a prolonged period of political uncertainty with limited political space to pass any meaningful reforms could present a major risk to Canada and our companies doing business there.

As America looks increasingly inward, it risks withdrawing diplomatically from multilateral institutions, like the World Health Organization and the World Trade Organization, as well as multilateral trade agreements. This would create a leadership vacuum that other countries are already actively working to fill. These institutions, which have helped underwrite global economic and political stability in the post-war era, are at risk of being replaced or even irrelevant. While Canada and its exporters depend upon rule-based order, any fraying of it would present new risks.

Deteriorating socioeconomic conditions, inequality and reduced economic opportunities are leading to a growing number of countries facing social unrest. The COVID-19 pandemic is worsening conditions for the most vulnerable, pushing more people into poverty and reversing many of the improvements that led to growing middle classes. Mass protests in major cities are becoming more frequent and sustained, and citizens grow frustrated with government responses. Higher unemployment and lower economic growth are exacerbating social tensions in some countries that were already high, leading to more violence and instability. This is raising risks for Canadian investors and exporters doing business abroad.

The threat of cyberattacks potentially degenerating into cyberwar is increasing. Such attacks will only become more dangerous as international businesses continue to digitize their operations, supply chains and transactions, and as public or private entities rely even more on information technology to manage critical infrastructure. More widespread and severe attacks would target the critical infrastructure of a country, including power production and distribution, transportation, manufacturing facilities, etc. It would also lead to retaliations from the affected country. A Canadian company might be vulnerable to damage or would face major obstacles if they were trying to operate in a country during or after such an attack. 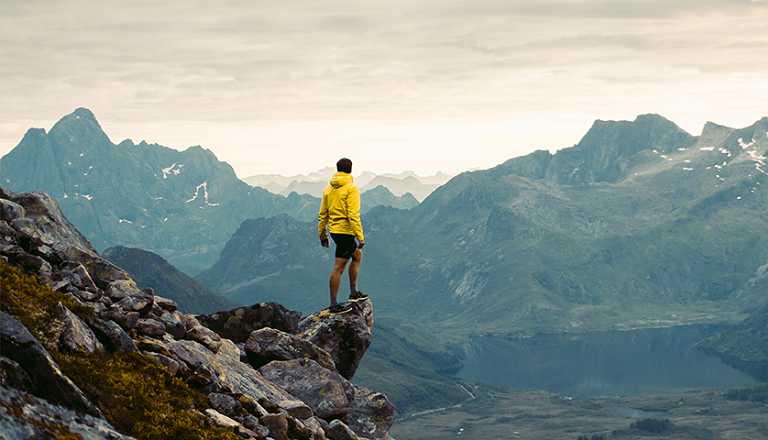