Nova Craft Canoe: The path of the paddle

From a backyard start-up to a Canadian export success story, Nova Craft Canoe shares Canadian values and culture with the world. 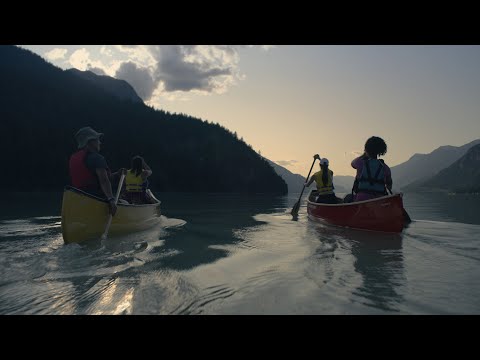 I’ve always believed that the Canadian canoe is one of the greatest achievements of mankind. It is as much a part of our land as the rocks and trees and lakes and rivers. Echoing through our souls is a song of the land. You can hear it in the wind... in the silence of the misty morning... in the drip of the water from the tip of a paddle. The song is still here if you know how to listen.

I’ve always believed that the Canadian canoe is one of the greatest achievements of mankind. It is as much a part of our land as the rocks and trees and lakes and rivers. Echoing through our souls is a song of the land. You can hear it in the wind... in the silence of the misty morning... in the drip of the water from the tip of a paddle. The song is still here if you know how to listen.

It’s about as Canadian as it gets. The canoe.

Yes, we love Drake and the romance of Leonard Cohen’s gift of “tea and oranges”, but if you were asked to describe the one thing that captures the Canadian soul you wouldn’t be wrong by pointing to the canoe.

For thousands of years the birchbark canoe was an essential tool of First Nations’ life.  It brought commerce and friendship.  Today, this simple vessel lets us enjoy the wilderness with curiosity and respect.

Whether it’s a 16-foot open water Prospector or a white-water adventure boat, generations of Canadians have found both joy and poetry in following the ‘path of the paddle’.

Ken Fisher was one of those spirits.

Ken was a journeyman electrician who liked to race canoes.  But he was unhappy with his boat’s performance; it was heavy and slow in the turns.  The post-war industrial mass design had taken something away from its original pioneering character.  Ken Fisher believed that he could make a better boat.

Using the family garage as his workshop, Ken began tinkering with new materials such as Fiberglass and Kevlar.  Word soon got out that Ken was on to something.  His hand-crafted canoes were lighter, stronger, faster, and Ken began to get orders for original commissions.

In 1970 Nova Craft Canoe was founded and Ken began producing boats for the weekend recreational market. Within a few years the company had become a thriving small business.  However, it needed someone with business experience and industry contacts to take Nova Craft to the next level.

Enter Tim Miller, Pat Malloy and Zoltan Balogh who, in a friendly buyout, took over the business.

By the late-80s the new ownership group was in place.  Lead by Tim, the management team refined Ken’s original business plan, hired employees, introduced new materials, and moved the company into a modern production facility.

London is in the Ontario heartland.  The city is bracketed by Lake Huron to the north and Lake Erie to the south, making it an ideal place to build a canoe business.

With a fast-growing customer base, Nova Craft Canoe, with a reputation for craftsmanship and good value, became an essential part of North American cottage life.

The first thing you must learn about canoeing is that the canoe is not a lifeless, inanimate object; it feels very much alive, alive with the life of the river. From the slightest breeze to a raging storm, the canoe reflects the essence of nature.

The first thing you must learn about canoeing is that the canoe is not a lifeless, inanimate object; it feels very much alive, alive with the life of the river. From the slightest breeze to a raging storm, the canoe reflects the essence of nature.

Today Nova Craft Canoe produces boats in a 20,000 square foot production plant and is recognized as a world leader in retail sales.

Exports to the US have remained constant accounting for approximately 15% of company business.  However, like many exporters, Nova Craft Canoe is expanding rapidly across northern Europe while keeping a sharp eye on the Asian market where Canadian products are respected for their quality and reliable supply chain.

The maple leaf remains a strong brand across most export sectors. However, there is something unique in the symbol of the Canadian canoe.

In 1970 when Ken Fisher launched the company it was a time of social unrest.  A time when many Canadians were turning away from the natural world choosing instead to live busy urban lives. The teenage dream was to own a Camaro not a canoe and the company survived in a narrow market niche.

Today however, more and more families are discovering the pleasure of outdoor adventures.  The company has worked hard to open up new sectors of the market: sponsoring youth groups, brand ambassadors, and introducing a generation of new Canadians to the outdoors.

Under Tim Miller’s leadership Nova Craft Canoe evolved from a backyard start-up into a Canadian export success story.  Yet our love for the canoe cannot simply be reflected in a healthy spreadsheet.

Its clean, strong design represents a set of values that Canadians are proud to share. They are as much a part of our national heritage as La Bolduc’s harmonica and fiddle or a Tomson Highway play.

With only a small investment we too can hear the crackle of kindling and smell the wood smoke drifting across a mirrored lake where the morning stillness is broken by the sudden splash of a hungry walleye.

For 50 years Nova Craft Canoe has balanced commerce with culture and in these changing times that is indeed something to celebrate.

However, without Export Development Canada’s support the company’s growth would have been limited.  Doing business overseas is always a gamble. Payment cycles can be slow and mid-sized enterprises often don’t have access to enough credit to take advantage of emerging opportunities.

This is where EDC Credit Insurance stepped in.

Nova Craft Canoe management worked closely with EDC to put in place the lending facilities which allowed expansion into the high-growth markets of Denmark, Finland, and Germany, creating Canadian jobs while growing the company.

But for EDC our support of Nova Craft Canoe is more than just good business ... as we too hear the echo of history and share the love for Canada’s iconic canoe.

Business in the time of COVID-19

COVID-19 has changed all of our lives. For Canada’s SMEs it has been a time of uncertainty and concern. Supply chains have ground to a halt, markets have dried up, retail stores have shuttered, and millions of worried workers are asking: ‘How long will this last? Will my job still be there when the economy reopens?  When will that be?’

All good questions with no easy answers. This was the challenge facing owner and CEO Chris Rath as the virus took root and the economy slowed. The month of April 2020 was particularly tough when a major customer pulled the plug on an order for several hundred canoes. Not knowing what lay ahead Chris made the difficult decision to cease production and lay off most of the staff.  It was a cold spring.

However, the shutdown didn’t last for long.

Within weeks customers began calling.  Finland. Denmark. Sweden. The US.  The demand for Nova Craft canoes flooded in like a late winter run-off.  Within a month everyone was back at work.  Within two months employees were booking overtime.  And now, less than six months later, the company is taking orders for 2021.

The canoe and the water sports industry is booming.

Special thanks to Squamish Nation Chief and Council for granting us permission to film on their beautiful territory.

COVID-19: Relief for your business

We are committed to supporting you through this pandemic with expert knowledge and financial services.

Discover how others navigate exporting

Watch the stories of Canadian companies, like Nova Craft Canoe, that have found growth and expansion into foreign markets. 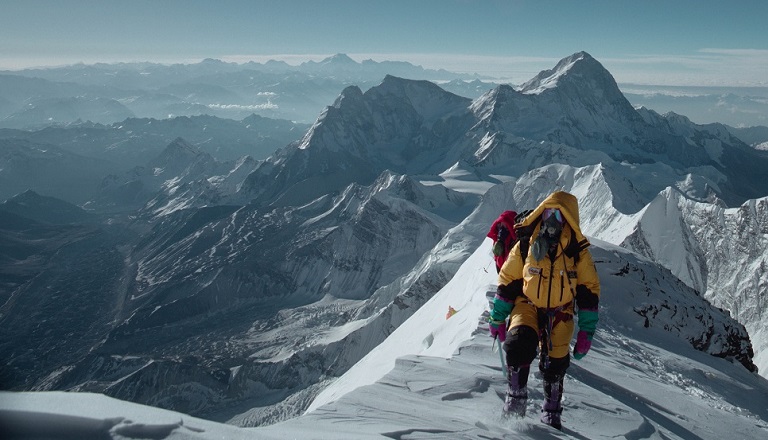 For more than 50 years IMAX has been bringing revolutionary storytelling to the world. 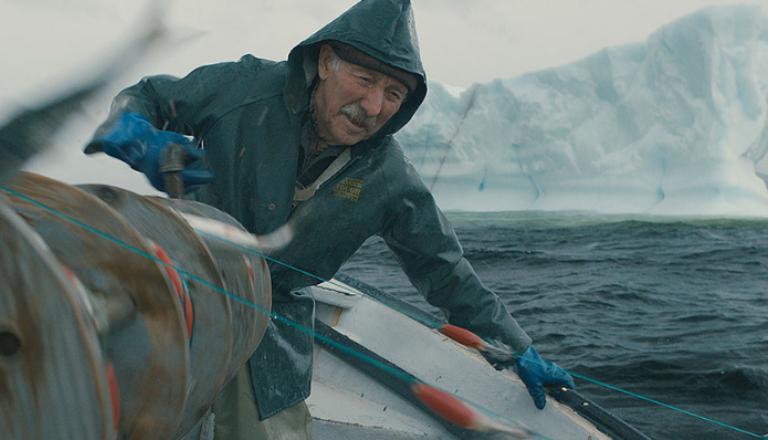 A family tradition since 1894, and a growing business since its launch in 1983. The art of selling salt fish. 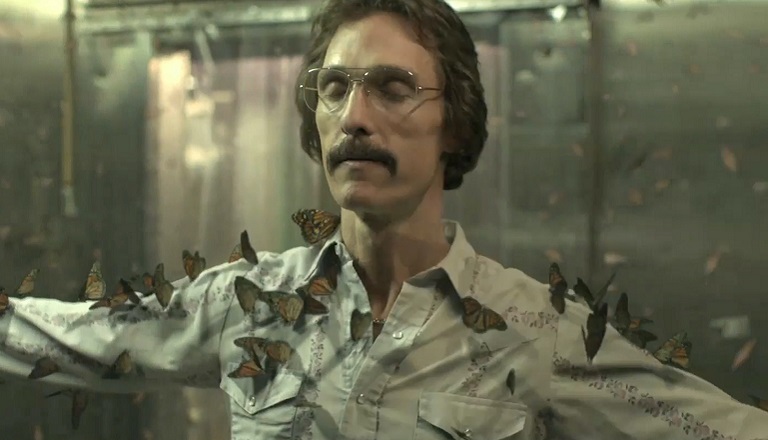 REAL by FAKE: Planting a flag in Hollywood