According to EDC’s fall 2019 edition of the Country Risk Quarterly, Vietnam, Thailand and the United Arab Emirates are three emerging markets that offer significant opportunities for Canadian exporters.

If you’re looking for new export opportunities for your products and services, Export Development Canada’s Country Risk Quarterly provides the data you need to stay on top of rapidly changing markets and the latest risks in 50 countries. It also offers valuable insights on payment experience and risk-rating drivers to help you make informed trade and investment decisions.

Based on the results of the latest report, which was published Oct. 25, EDC has identified three emerging markets—Vietnam, Thailand and the United Arab Emirates—that offer significant opportunities for Canadian exporters.

Vietnam has been Canada’s largest trading partner in the Association of Southeast Asian Nations (ASEAN) group since 2015. In 2017, two-way merchandise trade between Canada and Vietnam reached $6.2 billion, up from $5.5 billion in 2016. In 2018, Canada’s exports to Vietnam totalled $1.1 billion.

Vietnam has been one of the few countries to benefit from the ongoing trade tensions between the United States and China. Many countries in Southeast Asia are seeing their exports shrink as a result of the trade dispute and its impact on global confidence. Several Southeast Asian countries also export advanced components to China that are then assembled into or used to make products destined for the U.S. These countries have all seen their exports contract.

“Not so for Vietnam,” says John Bitzan, a country risk analyst for EDC, who observes that “Vietnam’s manufacturing sector has hit a real sweet spot.” According to Bitzan, even before the U.S.-China trade tariffs were imposed, many multinational companies manufacturing garments, shoes and lower value electronics, began relocating from China to Vietnam due to lower labour costs. This trend is strengthening, and more multinationals are actively considering shifting production to Vietnam, at least for products meant for the American market.

Strong international demand for goods being manufactured in Vietnam has boosted the country’s domestic growth and that’s good news for Canadian exporters. The prospects for Canadian exporters are also bolstered by Canada’s participation in various agreements with Vietnam, including the Comprehensive and Progressive Agreement for a Trans-Pacific Partnership (CPTPP). An economic impact study by Global Affairs Canada estimates that from 2018 to 2040, Canadian exports to Vietnam will increase by $271 million more than they would without CPTPP with food products and chemicals seeing the greatest gains.

In addition to these product categories, Vietnam offers opportunities in multiple sectors if you are looking to expand your business to Asia:

However, doing business in the country isn’t without its challenges. Given the high level of state involvement in decision-making, the pace of doing business can be frustratingly slow at times. But given the potential benefits, there’s a good chance your patience will be rewarded.

Thailand is another emerging market in Southeast Asia that is worth examining if you’re looking to diversify your exports. Thailand is Canada’s second-largest overall trading partner in the ASEAN region with bilateral merchandise trade of $4.3 billion and bilateral services trade of $416 million in 2017.

The 2014 military coup and the political uncertainty that followed it led to many Thai and foreign companies taking a wait-and-see attitude with regard to investing in the country. After years of delays, elections were finally held again in March 2019. Although controversial and strongly criticized by opposition parties, the electoral contest was notable in that there were none of the street protests and violence seen in recent years.  Although many underlying grievances held by the opposition have not been addressed, the fact that the country is no longer in political crisis has made its business environment more attractive to investors and exporters.

While Thailand’s economy has been experiencing a period of slow growth, largely because of weak global demand for the country’s exports, its government approved a $10-billion stimulus package in August 2019.

“Thailand presents the full range of export and trade opportunities for Canadian businesses across multiple sectors,” says Klaus Houben, EDC’s chief representative in Southeast Asia. These include opportunities in agri-food, metals, automotive and tech. Infrastructure is another sector with strong potential as the government looks to make massive investments in industrial ports, highways, high-speed trains and airports in the country’s eastern economic corridor.

As Thailand embraces digital technology and invests in smart cities, demand for high-tech products and solutions in areas such as artificial intelligence will continue to grow. Thailand also has one of the most well-developed petrochemicals industries in Asia, producing organic chemicals from crude oil and natural gas for use in industrial processes. This is another sector worth exploring for Canadian exporters as Thai petrochemical companies look to purchase specialized parts, machinery and related equipment.

“The UAE is not a typical Middle Eastern economy. It’s got more opportunities than people imagine, including many hidden gems for Canadian exporters,” says Jean-Bernard Ruggieri, EDC’s chief representative in charge of the Middle East and Africa.

Among these hidden gems are the health-care and education sectors. With the country’s large expat community and a population growing at 6% per year, demand for more and better products and services in these sectors is rising sharply. High-tech products and services are also a growth area for exporters as businesses and government place a high value on innovation and are often early adopters of cutting-edge technology solutions.

With Dubai hosting the World’s Fair in 2020, infrastructure is another key sector in the UAE with enormous potential for Canadian exporters. With the goal of making the country the primary business hub between Asia and the West, the government is making huge investments in renewable energy, airports, metro systems, gas terminals, and other large-scale projects.

The UAE also continues to take steps to create a business-friendly environment. For example, the government recently introduced a new law providing bankruptcy and insolvency protections for businesses, which is a welcome change for the country’s small- to medium-sized enterprises (SMEs)  and for exporters and international investors looking to de-risk their business activities. 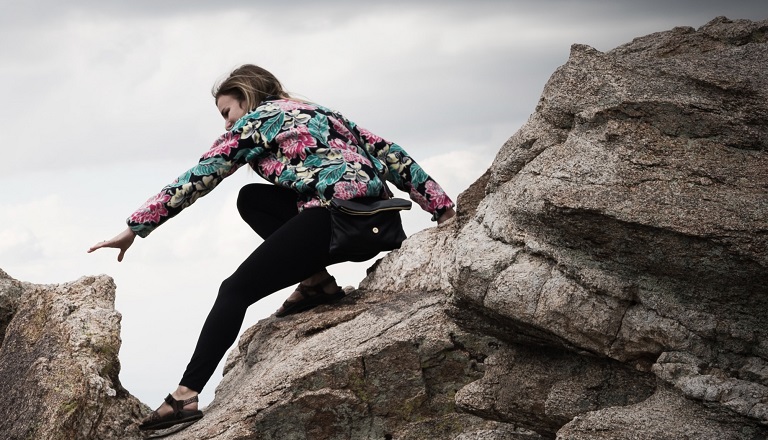 The interactive guide provides valuable insights on rapidly changing global markets, new opportunities and the latest political and economic risks that could affect your business.