Like elsewhere in the world, each of the 54 countries in Africa is struggling to contend with COVID-19 and the economic fallout from the pandemic.

With more than 100,000 confirmed coronavirus cases, the continent has been spared the devastatingly high numbers and death tolls inflicting other parts of the world. For a population of 1.3 billion, some features—like younger demographics and recent experience with other health crises—may be playing a part in helping Africa weather the storm. But with deficits in health-care capacity and testing, the next few months will be critical in determining if the outbreak evolves into a more serious health crisis.

Unfortunately, the economic and financial outlook is somewhat grimmer. Many positive economic news stories borne out of the previous decade are at threat of being overshadowed due to the toll that the global response to COVID-19 will have on African fortunes. Years of steady economic growth produced some of the world’s fastest-growing economies, as well as continentwide booms in infrastructure, the digital economy, renewable energies and a rise in financial inclusion and incomes. Now, with the global contraction, the region is again facing a reversal of those gains and is on course for its first recession in 25 years.

There are three main features driving vulnerabilities for much of the continent from North Africa to the Gulf of Guinea, all the way to the Horn and Cape regions, namely: the price of commodities, and oil, in particular; the sharp and immediate contraction in global demand; and rising debt levels that pose a threat to the solvency of African governments and businesses alike.

On the commodities front, the drop in global output due to the pandemic created a perfect storm to suppress prices, as the corresponding drop in demand for oil and most minerals met an already oversupplied market. While this secondary impact of COVID-19 has eluded those African markets not reliant on the extractives industry, for some of the biggest on the continent—including Nigeria, Angola, Algeria and Egypt—the result has almost overnight, eviscerated projected revenues for exporting firms and governments by double digit percentage points, and may prove catastrophic. For some of these markets, their overwhelming dependence on a single commodity, like oil, has serious implications for their economies, with negative knock-on effects to their banking sectors, currencies and overall job markets.

Ironically, one of the greatest African success stories of the last decade—the continent’s deepening integration into global supply chains—is now, as a result of COVID-19, one of the region’s major vulnerabilities. Not only has the global downturn been of serious consequence for African exporters tapped into global markets, but now, those investors and tourists who saw the continent as a frontier opportunity are either too financially constrained themselves or are much less risk-inclined in this ongoing age of uncertainty. As a result, we’re seeing a remarkable and historic drawdown of investment—both foreign direct investment and portfolio-based—amid a general decline in demand for African assets and goods.

The resulting challenge will nevertheless be severe for many industries that have grown out of Africa’s global integration, including tourism, agriculture, infrastructure and the services sector. Consequently, if some of the more dire predictions are accurate, there could be as many as 150 million job losses on the continent, and a sharp reversal from the rise in welfare and human development of previous years.

Jean-Bernard Ruggieri is the chief representative for Export Development Canada (EDC) in the Middle East and Africa. He hopes that “this decline won’t dramatically impact the new African Continental Free Trade Area, which had garnered the interest of investors in new sectors, like automotive, with some plants to be launched by Toyota in Côte d’Ivoire and Volkswagen in Ghana.”

Insofar that sovereign governments are able to play a role in stabilizing their respective economies through COVID-19, the capacity of many of those in Africa are similarly constrained. Already afflicted with high levels of public debt and recurring budget deficits, the ability to spend their way out of recession in the way we’re seeing some developed markets do, isn’t an option for most. Many are instead turning to tax or monetary policy to mitigate their downturns, which may not have the same impact as fiscal stimulus packages in bringing about a fast and robust economic recovery. In fact, a very real concern is the growing likelihood that a number of African governments are, or will be, in need of debt relief from international creditors in order to avoid sovereign default.

“Most of the opportunities for Canadian exporters and investors are in the sovereign area,” Ruggieri says, as the private sector space in a number of markets remains an evolving one.

Not all is looking so dim, however, when taking a medium- to long-term perspective. Many countries have built robust institutions and financial positions that will be able to weather a storm like COVID-19. Countries such as Senegal, Cote d’Ivoire and Kenya can rely on their economic diversification to carry them through, and others, like Ghana and Ethiopia, will avoid recession, thanks to strong economic growth from years past.

Moreover, the continent’s potential that existed pre-COVID will continue to be there when the dust settles. Ruggieri recommends Canadian companies look for infrastructure opportunities (ports, airports, railways, water treatment, renewable power) as local governments continue expanding in this area in order to support their economies, as well as the Information and Communication Technology sector, which will grow at pace, thanks to expanding populations and, in particular, the middle class.

Canadian businesses should also watch for myriad opportunities across various other sectors, including renewable energies, the Internet-of-things and human and natural resources. Make sure to join EDC as we track both the risks and opportunities on the continent in the months and years to come. For valuable insights, check out EDC’s Country Risk Quarterly to make informed decisions for your business needs. 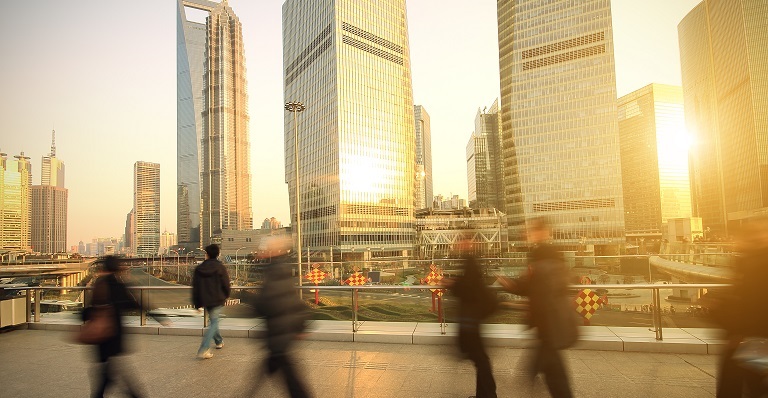 In these uncertain times, EDC is keeping a close eye on how COVID-19 is impacting Canada and the global economy. Stay on top of changing country risks, so you can make more informed decisions.