With the escalation of trade tensions and growing uncertainty about the global economy, anxiety and stress are seeping into people’s daily lives. For the last two years, Gallup’s global Negative Experience Index has been at the worst level seen since the survey started in 2006. To help exporters understand whether they have reason to worry and how to prepare, Export Development Canada’s economics team is releasing the Top 10 Global Risks facing Canada over the next five years. 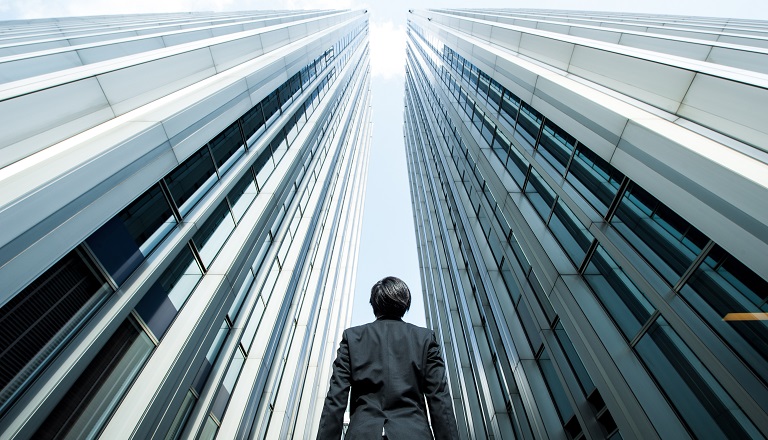 In this report, EDC explores the main risks facing Canadian exporters and investors, including Brexit, a global recession and U.S. isolationism.

The first risk—America First—is the most serious threat to Canada’s long-term prosperity, especially if the United States continues to challenge multilateral institutions and trade agreements. We believe that Canada could fare worse if such institutions as the World Trade Organization’s dispute settlement system were done away with to be replaced by bilateral mechanisms, or if countries with greater geopolitical influence received special treatment for their exporters, to the possible detriment of Canadian companies.

Global recession is the No. 2 risk as expert analysts are concerned that the economic cycle has reached its peak, and that we’re poised for a global slowdown in economic activity. We believe that if it happens, it’ll be because of policy missteps, not economic fundamentals. Governments and central banks would, in many cases, have limited firepower to stimulate the economy again.

One potential recession trigger could be the fear induced by our No. 3 risk: Global protectionism. The U.S.-China trade dispute has shaken global confidence. For example, many Asian countries that manufacture advanced machinery and components used in China to make goods destined for the U.S., saw their exports decrease throughout 2019, putting a curb on growth. Trade disputes between America and other major economies, including the European Union, remain a risk and could spark mutual tariff increases as well as casting a chill on business investment. This could lead to lower global demand for Canadian goods and services.

Another top concern is risk No. 4: U.S. isolationism leading to a geopolitical void. The Trump administration has publicly rebuked several traditional allies such as Japan, North Atlantic Treaty Organization-member countries and the Gulf monarchies for allegedly “free-riding” on the back of American military to keep them safe from external threats. The U.S.’s retreat from its old partnerships could result in greater instability and increased conflict risk in East Asia, Eastern Europe and the Middle East, leading to worsening prospects for Canadian trade.

The global oil glut is risk No. 5. Under this scenario, technological advances in the American shale industry leads to collapsing costs and allows U.S. oil production to jump from 11 million to 17 million barrels per day over several years. Such a development could be detrimental to Canadian energy companies and several provincial economies and may also hurt green energy investments.

The risk of a Chinese credit or financial crisis is No. 6 as the debt of corporations and municipal and regional entities has been growing rapidly, increasing the risk of financial turmoil, slower growth or both. The Chinese government initially took steps to encourage deleveraging, but slowing growth led the authorities to ease up again. Given the size of China’s economy, a financial crisis there would have significant negative effects on global growth and on Canadian companies.

Our No. 7 risk, the prospect of a disorderly Brexit, refers to a scenario where the United Kingdom leaves the EU with no agreement on Jan. 31, 2020—or later if the deadline is again postponed. Trade between the U.K. and Europe would be severely affected. There would certainly be fallout for Canada as the U.K. is Canada’s fourth-largest foreign market for merchandise and the largest destination for Canadian direct investment in Europe.

The rising wave of emerging market defaults is our No. 8 risk. Under this scenario, emerging market governments and corporations load up on additional foreign debt, encouraged by the current low interest rate environment. This strategy ends up backfiring, however, when interest rates begin rising again and borrowers find themselves unable to refinance maturing debt due to the spiking cost of carrying that debt. Canadian exports to emerging markets would ultimately suffer.

The No. 9 risk is entitled polarization returns and is based on a scenario that refers to the division of the world into opposing camps aligned with the U.S. or China. Here, the risk is that the two rivals force other countries to take sides in the trade and technology-related dispute between them. This could reduce access to the Chinese market for Canadian companies. Polarization would also reduce overall economic growth as supply chains are broken and technological progress is disrupted.

Finally, the prospect of inter-state war rounds out our Top 10. We see the main flashpoints as being in the Gulf Region, the South China Sea, Eastern Europe and the Korean Peninsula. The impact of the conflicts on Canada would vary depending on which one turns into an inter-state war. For example, war between North Korea and an alliance of the U.S. and South Korea would drive up the cost of vital electronics equipment and heavy industrial goods.

We live in turbulent times. Anticipating the high-impact or high-probability risks facing one’s business can help to manage them if they materialize. Contingency plans, including international financial risk mitigation, EDC’s specialty, are a great way to prepare. And, of course, these are plans we hope we never have to use.