You may have heard that firms employing new Canadians are more likely to have success in the markets from which their employees emigrated.

Intuitively, it makes sense. If you have an employee who speaks German, for example, they can help you navigate the language and cultural barriers that might be associated with exporting to Germany.

Discussions about this correlation have been mainly anecdotal, but now, we have the hard numbers to back it up. Miguel Cardoso, Assistant Professor of Economics at Brock University, wrote his thesis in economics on this very subject.

Canadian exports are increasing among countries of origin

“For a couple of years, I’ve been interested in the relationship between the countries Canada exports to and how that relates to our multicultural population,” Cardoso says. “Since the mid ‘90s, researchers noticed that Canadian exports were increasing more among the countries of origin of our immigrant populations.”

Cardoso notes that Canada’s exports to markets such as India and China seemed to spike at the same time immigration rates from those countries were on the rise.

“But we needed more data to see how Canadian firms were collaborating with Canada’s immigrant workforce to up their exports,” he says.

Cardoso knew the raw data existed to figure it out, thanks to corporate tax returns, T4s and census information, and it took some work on the part of Statistics Canada to enable him to do his research without violating privacy rules.

Proof is in the numbers

What Cardoso discovered during his research is that his theories were consistently borne out.

“You find this pattern is pretty consistent across the board,” he says. “The probability of a firm exporting to a particular country is relatively low, outside of a few markets like the U.S. But when you drill down and look at firms that employ immigrants from a particular destination country, you see this huge spike. For example, less than 1% of firms export to Denmark, but if you look at firms that have immigrants from Denmark, the number increases to 18%.”

Arnon Melo, President of MELLOHAWK Logistics, has experienced these benefits firsthand. Based in Mississauga, Ont., MELLOHAWK is an international provider of worldwide air, ocean and land transportation and logistics services, including customs brokerage, documentation and logistics consulting. With a global network of more than 150 agents, MELLOHAWK Logistics works in both developed and developing markets, particularly Brazil, Canada, Chile, Argentina, Peru, China, the U.S., Italy, the Caribbean, Germany, Spain and the U.K.

“We ship cargo of every kind and every size to every destination,” says Melo, who uses EDC’s credit insurance to ensure he gets paid.

Coming to Canada as a young Brazilian immigrant himself, Melo says he arrived with almost nothing, but has built a thriving business. He is also a proud Seneca College alumni and he credits the college with giving him a solid foundation in the international logistics industry, as well as an internship with a German company that led to 10 years of increasing responsibilities in the field.

When Melo started his own freight-forwarding business in 2002, he and his partner, Peter Hawkins, needed to hire an employee, so he returned to Seneca to give another student a chance, just as he’d been given.

“Since then we’ve hired 11 employees, many of them new to Canada and some who can speak two or three languages,” says Melo. “They’re real assets to us. They have life experience that is global, and we can pick up the phone and call a country and speak to them in their own language when doing business. It eliminates so much hassle for our customers when they’re able to ask a question in their own language.”

Together, Melo’s employees are able to offer services in Spanish, Punjabi, Portuguese, Bulgarian, Vietnamese, French and English. “We’re like a small United Nations,” he quips.

Melo’s own personal history with the South American region has also boosted his business. “Because I’m from Brazil, we have a market there. We became a reference for the Brazilian and Canadian consulates and are on their approved supplier lists. We often have an edge on winning contracts because we know the country and speak the language and can talk about the realities of exporting or importing to Brazil. We have an office there to help support us. We also have a market for all of South America because it’s a very complex place in terms of customs, rules, and documents you need to sign.

“I was an immigrant who had a dream of owning my own business one day. Anything you want to do in this country, you can do, as long as you put your heart into it,” Melo insists. “If you work hard and you really love what you do, I think the universe gives back.”

The impact of immigrant hires on exporting

Looking at Europe, the evidence is clear

As this table indicates, there are several other countries in Europe that have notable jumps (more than 17%), including Finland, France and Germany, and Spain, Sweden and the U.K. at more than 16%.

Cardoso says the numbers tend to be higher in countries where languages are different than English or French and the business culture might be harder to navigate. But it’s not always the case: the U.K., where English is the language of business, has a significant spike, as does Canada’s main export recipient, the U.S., where the number starts at 30% and jumps to about 65% for companies that employ U.S. immigrants.

Based on his research, Cardoso’s message is that firms facing exporting challenges in a desired market, such as language barriers, concerns about trustworthy partners and business culture differences, should consider building their in-house expertise.

“If someone’s having a lot of difficulties getting into the Chinese market, my research suggests that hiring a Chinese worker who speaks that language will be helpful,” he says.

Not only are firms more likely to export to countries from which they have immigrant employees, they’re also more likely to export more goods or services to those countries. For example, for firms that export to Germany, the sales make up just 0.66% of their overall exports, but for those that have German employees, that number multiplies to 3.07%.

Ultimately, cultural awareness and even travel smarts about a country can help your firm get an export foothold in it. Using the ethnic origins and global experience of your employees to expand into new markets not only makes sense, it works. 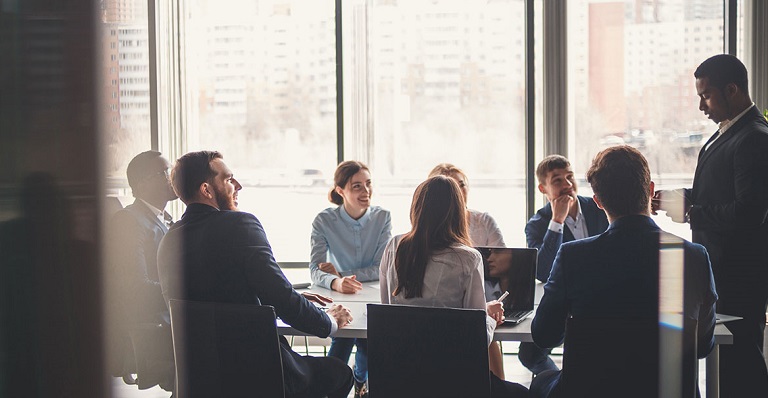 This guide highlights how you can recruit top talent to help you compete internationally.