With a surge in COVID-19 cases and the final weeks of the Trump presidency hogging the headlines, the New Year also brought us a United Kingdom that is now really on the outside of the European Union.  Although the UK formally left the EU on January 31st 2020, it continued to be bound by EU rules until December 31st 2020 as part of the Withdrawal Agreement.

As the months passed and other challenges arose, many were concerned that an agreement between the UK and the EU might not be reachable by year’s end.  Fortunately, a deal was reached just in time.  The UK-EU Trade & Cooperation Agreement, agreed to on Christmas Eve and signed on December 30th 2020, became provisionally effective on January 1, 2021.

The Agreement ensures free access (no tariffs or quotas) on the movement of goods between the UK and EU (provided rules of origin are met).  This is the first time that the EU has agreed to a zero tariff zero quota deal with any other trading partner.  However, only limited mutual market access in services (which account for almost 50% of total exports from the UK) is provided by the Agreement.

Other notable aspects of the Agreement from an international trade perspective include the following :

While the initial impact of the UK leaving the EU has been muted, trading partners around the globe are watching closely to ascertain the impact on the logistics industry in the long-run and how this “new normal” will affect trade flows.  New rules on required documentation, VAT, labour mobility, customs declarations forms, safety checks and inspections, etc. are expected to add costs and delays to the previously smooth flow of goods to- and from- the UK.  In some regions and industries, this is already being felt.  The real test, however, will come in the months ahead as companies adapt to the increased uncertainty and red tape that such a shake-up creates.

Brexit - What does it mean for Canada?

Fortunately for Canadian firms exporting the UK, the two countries agreed to a Trade Continuity Agreement in early December 2020 that governs Canada-UK trade post-Brexit and largely mirrors Canada’s CETA trade agreement with the EU.  Moreover, there is less to get used to for Canadian firms than for the UK’s European Union trading partners.

Why is this the case?  Canadian firms are already accustomed to submitting paperwork when exporting to the UK, unlike EU exporters.  Moreover, most Canadian trade avoids the busiest ports in the South East of the UK that may be more challenged in coping with new regulations and experience delays.

From a policy perspective, the ability to control foreign policy brings about an opportunity for the UK to cooperate more closely with Canada over the long-term in key areas like climate change and human rights.

What Brexit does not change is EDC’s commitment to supporting Canadian exports and investments into the UK market.  In 2019, Canada exported nearly $20 billion in goods to the UK and over $4 billion in services.  The UK remains one of Canada’s largest trading partners.  EDC played a key role in supporting Canadian business to the UK with insurance products designed to mitigate the risks of doing business abroad, and working capital solutions that enabled Canadian enterprises to capitalise on export or investment opportunities.  We will continue to do so in 2021 and beyond.

For more information on Brexit or EDC’s activities in the UK, please contact Stephen Wilhelm, Regional Vice-President, EMEA, who is stationed at EDC’s office in London. 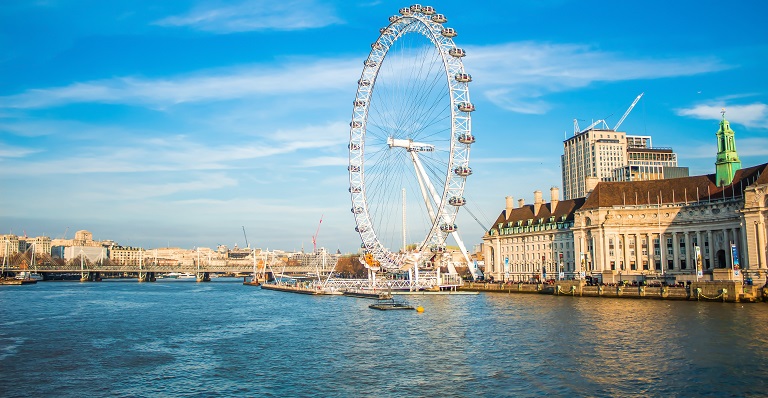 Blog April 27, 2020
Monitoring the business impacts of COVID-19 on the United Kingdom

EDC’s regional vice-president gives a first-hand account of the challenges in the U.K.