While there are still opportunities in developed markets, EDC has been pushing diversification for more than a decade now. They may carry more risk, but emerging markets are far more likely to continue growing at incredible rates over the next five, 10 or 15 years.

In an attempt to highlight emerging markets beyond the usual BRICS suspects, EDC’s economic and political risk experts went about identifying ‘frontier’ markets — the next tier that may not be on a Canadian company’s radar, but still offers very competitive entry points and significant opportunities. To be clear, no one is suggesting abandoning Brazil, but it may pay to look elsewhere as well.

These countries are not the typical frontier markets, which are often those countries that are truly on the ‘frontier’ and have not yet tapped significant levels of investment. Comparatively, our list includes mid-sized emerging markets that offer an attractive risk/reward balance. We defined a frontier market as having a GDP of between $90 and $500 million, which excludes the large economies (e.g. China and Mexico), and the small economies (e.g. Panama), and a Country Commercial Ceiling (CCC) threshold of BBB+ or below. For this exercise we considered AA-rated countries to be too well-established to be considered frontier.

To evaluate this list, we examined four key factors: risk, demand, competitiveness and Canadian capabilities. Together, these provided a holistic view of the strength of opportunity for Canadian exporters.

Essentially, this leaves us with a list of mid-sized economies that provide a nice balance of risk/reward. Thailand leads the pack with high rankings in three of our four key factors.

To measure risk, we used EDC’s Country Commercial Ceiling (CCC) which represents the best possible rating that can be given to commercial entities in that nation, the World Bank’s annual Ease of Doing Business report to determine the regulatory environment, and The Economist Intelligence Unit’s assessment of banking sector risks for potential impact on businesses.

Peru, Thailand, Romania and Colombia all perform well using these indicators, with Peru standing out owing to its favourable banking risk score. Vietnam underperformed all other countries in the top 10 due to its Medium-High CCC, compared to the Low-Medium or Medium rating of most others.

To estimate demand for goods and services, we used GDP as outlined above, middle-class consumption as a proxy for disposable income, and growth in import levels — all of which bode well for exporters.

Here, Vietnam and the Philippines are the standouts, driven by impressive growth in exports and in middle-class consumption over the past five years. Kazakhstan is the laggard in this space owing to stagnant import growth in recent years.

To measure competitiveness, we looked at two indicators from The World Economic Forum’s Global Competitiveness Index (GCI). ‘Infrastructure Quality’ indicates the ability to facilitate commerce, while ‘Goods Market Efficiency’ estimates how well a country enables effective and efficient production, buying and selling of goods and services. The latter also measures the competitiveness of the environment, considering any obstacles that companies (domestic or foreign) might face.

Thailand really shines here with a strong showing in the ‘Goods Market Efficiency’ category, followed by South Africa and Kazakhstan. Colombia fared poorest among the top 10, with the Philippines also showing competitive weakness.

All countries in the top 10 performed above average in this area, with the Philippines ranking highest in Comparative Advantage and Thailand scoring well in both that and Trade Complementarity indices.

There were a few factors not captured by our methodology, including Free Trade Agreements and Foreign Investment Protection Acts (FIPAs). They offer peace-of-mind as investors take comfort in knowing these agreements are in place. Within our top 10, it is nice to know there are additional protections in place for virtually all countries.

Other factors may contribute to speed of growth in frontier markets. Colombia, where the security environment has been holding it back, could possibly ramp up soon. One of the guerrilla groups operating in the country has signed a cease-fire, with a peace agreement expected shortly.

Elsewhere, Vietnam has huge upside potential, Morocco has been a focus at EDC for a while and South Africa could be another market set to take off. EDC has just opened an office in Johannesburg — the gateway to the rest of the continent.

Frontier markets that sit just outside of the top 10 have mostly missed the mark owing to heightened country risks. Countries like Argentina, Egypt, Pakistan and Nigeria undoubtedly present huge opportunities, but need to be considered carefully. Argentina, in particular, has had challenges in the last decade, but seems to have really turned a corner, providing real upside potential in the short and medium term.

It’s important to keep in mind that frontier markets are by no means perfect. In Thailand, for example, we continue to see military interventions in the political environment, while South Africa remains close to a technical recession. There are risks inherent in each that need to be flagged, monitored and, where possible, mitigated.

It is clear from this analysis, however, that the top 10 all offer incredible opportunity for Canadian exporters. Properly managed through information and working with partners like EDC, the rewards may far outstrip the risks. 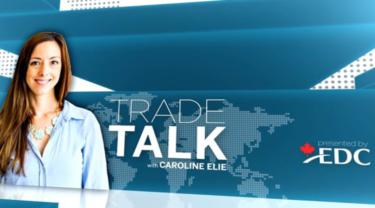