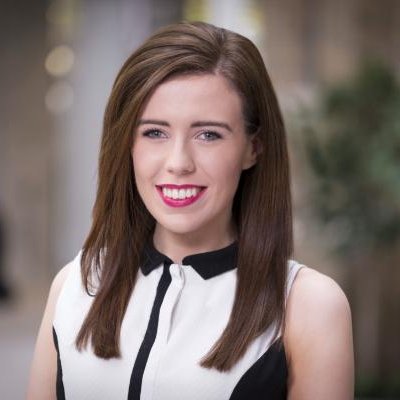 Chile has been hailed as an electricity pioneer, being one of the first countries in the world to de-regulate and privatize its electricity sector, with the enactment of the Electricity Law of 1982. The proceeding wave of privatization of state-owned utilities gave way to the increasingly market driven nature of Chile’s electricity sector, opening a multitude of foreign investment and export opportunities across the grid.

Opportunities are lucrative in the generation sector, through the country’s power auctions. Chile is currently ranked fourth in Ernst & Young’s Renewable Energy Country Attractiveness Index, a substantial jump from its 34th position in 2011. This comes after several years of impressive growth in renewable generation in the country, with wind and solar capacity quadrupling in the past five years.

Transmission and distribution sectors are also increasingly welcoming foreign investment and expertise, particularly with regards to infrastructure expansion and the implementation of smart grid technologies and advanced metering. Recent energy policies have put in place ambitious targets for conservation and demand management, increasing the market need for energy efficiency and energy management technologies.

Understanding what is driving opportunity

In recent years, Chile’s electricity sector has faced a number of challenges. Starting with droughts that impacted hydroelectric generation in the late 90s, to the Argentinian gas crisis, followed by a massive earthquake in 2010 and another extended five-year drought period, the electricity sector has been dealing with one crisis after another. These series of events led to increased dependence on foreign supply of fossil fuels for electricity generation and very high electricity prices. The high prices of electricity have been further exacerbated by inadequacies in the current transmission system, which experiences congestion problems due to a lack of capacity to meet existing supply and demand needs.

With the aim of continuing to address these issues and create a sustainable energy system, Chile’s roadmap for energy was released in 2016, titled Energia 2050. Chile continues to embrace renewable generation as a means to meet demand locally and reduce prices of electricity. This is reflected in the ambitious targets set out in the roadmap, namely 70 per cent of electricity from renewable sources by 2050.

The roadmap also cites an overall 20 per cent energy efficiency target for the country. Energy efficiency is of increasing importance in Chile, especially as developments in generation and transmission have not kept pace with Chile’s economic growth and rising electricity demand. For example, the Chilean Energy Efficiency Action Plan 2012–2020 encourages the mining sector and industrial consumers to adopt energy efficiency measures, including smart energy systems.

In addition to a clear policy commitment, Chile offers low-interest loans for renewable energy, capital guarantees and risk capital funds, a cleantech fund and a carbon tax. It has the highest credit rating in Latin America, due to macroeconomic stability and integration with global capital market, and is an attractive destination for foreign direct investment due to simple foreign investing processes and low taxes. Despite these favorable policies and incentives, there remains challenges for companies selling into this market.

In August 2016 the Chilean government released the results of its latest and largest power tender to this date, to supply 12,430 Gigawatt hours (GWh) to regulated customers starting in 2021.The average winning price for energy was US$ 47.6/MWh (megawatt hour), with the lowest price being awarded to a solar project at US$ 29.10/MWh. This is one of lowest prices in the world for renewable energy generation.

These rapidly falling prices for renewable generation, though good for adoption of these technologies, are causing problems for developers as customers are hesitant to sign on to long-term contracts.

Challenges also arise from the intense competition from local and foreign companies, as well as the presence of fairly large incumbents. For example, when it comes to electricity generation and commercialization, 90 per cent of the market is controlled by just 4 companies, Endesa (Spain), AES Gener (US), E-CL (France) and Colbún (Chile).

The infographic below provides a snapshot of the Colombian electricity landscape.

Transmission as a bottleneck

The Chilean transmission system hasn’t been keeping pace with the increase in demand and generation capacity. This has led to issues of congestion and the need for curtailment, worrying renewable energy developers.

A fundamental fault with Chile’s transmission system is that it comprises of four unconnected networks. Much of the country’s solar capacity is in the northern section, however 90 per cent of the population and the majority of industry is in the central region. These transmission bottlenecks mean that although renewable electricity is becoming increasingly available, it regularly has no route to market. This is resulting in spot prices around parts of the country’s networks hitting zero on many days – a troubling trend for developers raising financing and power plants who are facing losses.

In July 2016, legislation was passed to address these transmission issues. The legislation sets out to enable more effective long-term planning, allow for grid expansion, guarantee open access to the grid and create a single independent grid operator. As yet, it is unclear to what extent these measures will help open investment and export opportunities in Chile’s energy sector, though it is a promising step forward.

Despite these challenges, Chile remains an attractive market for Canadian companies. Favourable relations with Canada and ease of doing business has led to many Canadian companies having a presence in the market, such as Mainstream Renewable Power, Finning, Methanex, Brookfield, and SNC Lavalin, among others. Canadian cleantech companies are well placed to leverage the opportunities present in Chile’s energy sector, and export their technologies and expertise into this emerging market.
For more sector insights and an in-depth analysis of this export market, check out the Advanced Energy Centre’s 2016 Going Global Chile report.

The Advanced Energy Centre (AEC) is a public-private partnership with a mission to foster the adoption of Canadian energy innovation. Through our international programs, we work to breakdown the barriers for Canadian cleantech companies entering emerging markets. With its partners in Chile, the AEC is working to identify and foster opportunities for Canadian innovation, helping Canadian companies export and successfully do business in this market. For more information on the work we are doing in Chile and other emerging markets, contact Pallavi Roy at proy@marsdd.com.