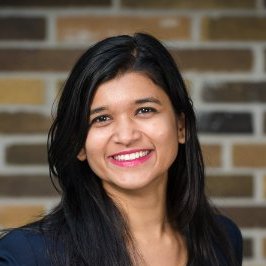 When thinking of exporting abroad, Canadian companies don’t often think of Colombia. Years of political upheaval have created an image of instability that Colombia is looking to change fast.

With the recent peace deals between the government and the guerrilla rebel groups, Colombia is all set to open up more areas to foreign investment, making it one the exciting economies to watch in the next few years. A welcoming environment for investors, reforms offering foreign business owners better legal protection, and improved tax laws are all contributing to the image of Colombia as a Latin American investment hotspot.

As a developing market, Colombia has growing demand for modernized infrastructure. The requirement for better infrastructure and systems is especially being felt in the electricity sector, which needs to modernize fast to keep up with rising demand, especially in the industrial (mining) and residential sectors. A few notable trends in the Colombian energy sector include:

The infographic below provides a snapshot of the Colombian electricity landscape.

With an electricity system dominated by fossil fuel and hydroelectric generation, the Colombian government has recently undertaken efforts to encourage more renewable generation. A national target has been set to increase the installation capacity of unconventional renewable energy from 9.893 MW (megawatts) in 2013 to 11.113 MW in 2018. Law 1715 was passed in May 2014, which seeks to regulate the integration and promotion of non-conventional renewable sources, improve energy efficiency, and boost the implementation of demand response measures.

Law 1715 successfully establishes the legal framework and mechanisms to promote the use of non-conventional energy sources and to foster investment, research and development of clean energy technologies. It has ultimately created favorable conditions for distributed generation, by allowing generators that are close to consumption centers and connected to a Local Distribution System to deliver energy directly to consumers. And yet, despite being passed nearly three years ago, Law 1715 has realized few implementable provisions.

Colombia has substantial renewable potential, with an average 4.5 kWh/m2/day (kilowatt-hours per square meter per day) of solar irradiance, higher than the averages for Germany and Canada, which vary between 3 and 4 kWh/m2/day and average wind speeds of 9m/s (high). However, the development of utility scale renewables has seen relatively slow development when compared to its neighbours Chile and Brazil. The main factors for limited renewable penetration in the generation mix to date are:

In addition, the national government does not offer financial subsidies for renewable energy.

The aging nature of the transmission system in Colombia creates ongoing reliability issues, with many areas facing outages for more than 20 hours annually. The grid capacity issues severely restrict the integration of newer renewable generation. Until transmission investments and upgrades are made that enable the development of utility-scale wind and solar power, the distributed generation sector will offer the biggest opportunities for renewable energy in the country.

There is potential for microgrid deployment in Colombia’s non-interconnected zone, which largely encompasses Amazon forests and hard-to-reach Andean areas. Communities in remote and rural areas that are not connected to the main distribution system often have electricity less than eight hours per day. Their primary energy source is diesel, however due to the high solar irradiation characteristic of many of these regions, solar photovoltaics are an increasingly economic option. Recognizing this opportunity, in February of 2016 the IDB, via the Banca Nacional de Desarrollo (Bancóldex), approved a U.S. $9.3 million loan to foster private investment in the generation of renewable energy in areas of Colombia that are isolated from the grid.

Energy efficiency is another area of opportunity in the Colombian market. Certain sectors in Colombia are inefficient users of energy. For example, the transport sector accounts for 39 per cent of Colombia’s total energy demand, compared to a world average of 31 per cent; and refrigeration accounts for 70 per cent of energy consumption among Colombian small businesses. Hence, the energy efficiency sector can play a vital part in Colombia’s energy mix due to its substantial yet untapped potential to generate energy and cost savings.

Since the 1990s, Colombia sought to implement a liberalization policy across the broad economy in order to promote private investment. These measures have included constitutional and legal provisions to create a stable market for investors, by strengthening the rule of law, providing a clear legal framework, fair competition conditions and easy access to the markets.

At present the Colombian government actively encourages and seeks foreign direct investment from countries such as Canada. Canada and Colombia share a strong relationship and Canadian companies enjoy a good reputation in Colombia. Colombia is very interested in associating with Canadian firms and this reflects the sharply increasing awareness of Canada as a source of technology and quality products. This perception owes much to the very high profile and reputation of Canadian companies active in Colombia, such as Repsol, Nexen, Scotiabank, Continental Gold, McCain Foods, LaSalle College, Brookfield Asset Management, SNC-Lavalin, and Norton Rose.

What does this all mean?

To learn more about a Canadian company with export success in Colombia, read about the CEO of dTechs here.