I’ve been in the roadway lighting business in Atlantic Canada for more than 40 years, beginning as a technical sales and marketing representative for a major global streetlight manufacturer which led me to start my own lighting company. As my business grew, I watched the development of light-emitting diode (LED) technology in the 1990s. I was confident that LEDs would replace the older lamp and ballast technology once it achieved a similar level of efficiency.

I knew that the larger players weren’t going to want to see the traditional streetlight market change. They had a huge investment in plants and infrastructure to build the old technology and would want to ride that horse as long as they could. To take advantage of the opportunity I knew was coming, in 2002, I bought a 55,000 square-foot building in Amherst, Nova Scotia, that was already set up for electronics manufacturing, to get ready to make LED streetlights. Sure enough, in 2007, LEDs achieved a breakthrough in efficiency and LED Roadway Lighting was incorporated that same year.

Over the years, we’ve watched the efficiency of LEDs steadily increase and the electronics used to power them, have become very competitively priced. Once the volume started to build, the prices started to drop. Ten years later, we’re now selling our LED lights for less than 10% of what we charged in the beginning. That’s why we’re now diversifying the business and expanding deeper into the cleantech market by investing in our Liveable Cities division of products and services that includes smart sensors, communication networks and software.

Our first generation of LED streetlights were able to achieve a 50% improvement in energy efficiency compared to the older technology. That efficiency gain has now increased to 60%. In recent years, we’ve also seen a lot of interest from our clients about how we can help them achieve Smart City objectives such as greenhouse gas (GHG) reduction and improved air quality.

In response to this need, which also capitalizes on the efficiency gain from switching to our LED streetlights, we developed our patented Tool-less Sensor Platform (TSP), the central piece of hardware in our Liveable Cities division. The platform enables our clients to quickly replace an existing photocell on any streetlight with a wireless sensor that easily plugs into the streetlight’s existing power supply. Sensors can be added to streetlights to monitor everything from air quality and noise levels to traffic flow, and support dynamic dimming of the lights to conserve energy during quiet times. The platform eliminates the need to install new poles or run a power supply to new sensors that would normally be installed on existing poles, which can be expensive. We can then provide the client actionable reports on the information from the sensors.

Our legacy streetlight business has two main groups of clients:

These days, utilities are challenged with declining revenue due to the growth of renewable energy. They’re looking for new services to offer municipalities to create new revenue streams. The Liveable Cities platform provides them with a new value proposition they can offer that allows them to continue using their existing hardware. Likewise, Liveable Cities allows our company to pivot from a one-time hardware sale of a product that has become increasingly commoditized, to a recurring revenue stream based on output from the sensors.

We built LED Roadway Lighting’s business with the philosophy that if you’re going to sell to international markets, you should be able to sell at home first. I had good relationships with all of the key players in the Atlantic Canada market from my time as a technical sales and marketing rep, so we started in our home region and grew out from there, expanding across the country and internationally.

Just as we were starting to grow the company during the 2008 to 2010 financial crisis, United States President Barack Obama passed the American Recovery And Reinvestment Act of 2009. The Act included lots of money for municipalities for energy efficiency infrastructure projects. However, the “Buy American” provisions effectively blocked us from the opportunity at the time. We started looking at other markets, paying attention to where power rates were high and the payback from installing our equipment would be quicker for the customer. That led us to the Caribbean, where we now have customers on almost every island. We continued to expand to the United Kingdom where power rates were also high and where there was no language barrier.

We now use a weighted scorecard to decide which markets to enter. Some of the factors on the scorecard include:

We’ve had the most success selling our products when they get specified in at the earliest stages of a lighting project. To get your products specified, you need to build strong relationships with potential customers. We’ve always done that by starting relationships at trade shows, sometimes attending as many as two to three per week. Those opportunities have dried up completely during the COVID-19 pandemic. The timing has been particularly unfortunate for the Liveable Cities division, which we’re just getting off the ground.

Launching Liveable Cities means reaching new client groups that we don’t have relationships with yet. Until the pandemic subsides and we can meet them in person, we’re seeking out specialized partners in those markets, like traffic distributors, to help us with introductions.

In addition to Accounts Receivable Insurance, the Export Guarantee Program (EGP) has allowed us to have access to greater working capital to support larger projects. EDC’s EGP enabled us to secure an additional $2.5 million line of credit with our bank to meet the cash flow requirements of a major project in Puerto Rico.

EDC’s Account Performance Security Guarantee (PSG) has allowed us to expand our capability with our bank to issue both bid guarantees and performance guarantees. With this program, we’re able to issue standby letters of credit as guarantees required under contracts, or as part of bids, without impacting our operating line of credit.

For more on LED Roadway Lighting Ltd., watch the video below. 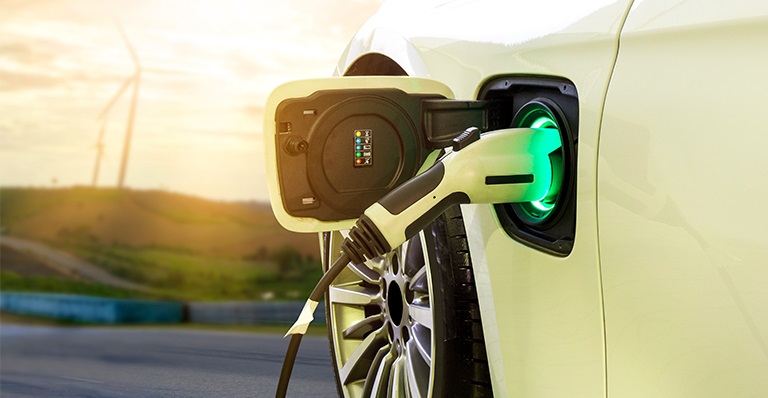 Learn about the opportunities that green recovery plans present for Canadian cleantech exporters.