When Prepac decided to keep its manufacturing in Canada, it did so for a number of reasons, one of which was unanticipated, but now speaks to the core of its business.

The ready-to-assemble furniture design and manufacturing company, based in Delta, B.C., had been working since 1979 as a retailer, supplying bricks and mortar stores with its storage-savvy furnishings for bedrooms, entertainment areas, entryways, home offices, living rooms, dining rooms and utility storage areas.

Soon, it moved to a cataloguing model where it supplied catalogue retailers such as Sears with merchandise for their sales warehouses.

When that model started to get old, it made the leap to e-commerce. Finding a role for e-commerce in manufacturing and adopting this model has allowed the company to more easily manage its ‘just in time’ inventory which is a key factor to its success.

Although there are new demands with customers able to shop 24 hours a day, seven days a week, the company hasn’t looked back, particularly as moving to an e-commerce platform has greatly increased its exporting prowess.

“The biggest growth area for us has been sales to the U.S. market,” said Steve Simpson, founder and CEO of the company. “Simple demographics tell us there are 10 times as many people in the U.S. as in Canada.”

The biggest growth area for us has been sales to the U.S. market.

When making the move to selling online, the company had to decide whether to keep their manufacturing in Canada. Most of their competitors were opting to off-shore instead.

“We made this business decision to keep our manufacturing in Canada 17 years ago when most furniture manufacturers in North America were taking their manufacturing to China,” Simpson said. “We had to make a decision about whether we were going to follow that trend. It was tough because margins were thin, but we decided we had to differentiate ourselves. We re- focused our efforts to shipping to our customer’s customer, which improved our lead times from three weeks to two days. That was a turning point for us. Cataloguing jumped into online sales and doing e-commerce.”

Today, they ship directly to the end customer on behalf of many online retailers, including giants such as Amazon and Home Depot.

We made this business decision to keep our manufacturing in Canada 17 years ago when most furniture manufacturers in North America were taking their manufacturing to China.

With that came control over Prepac’s inventory, something the team considered critical to its commitment to just-in-time manufacturing.

“We want to go from cradle to grave,” Simpson said. “We design, manufacture, ship and manage customer support. We felt the only way to do that was managing the inventory in the pipeline. That was a big change. We went from getting one or two orders a day to getting anywhere from 2,000 to 6,000 smaller orders daily.”

This also meant the company didn’t need external sales representatives because head office could now control the sales and marketing communications directly with its retailers.

We went from getting one or two orders a day to getting anywhere from 2,000 to 6,000 smaller orders daily.

That said, the retailers demand a lot of their e-commerce manufacturing suppliers.

“There are lots of barriers and lots of ways you can go wrong,” said Michelle MacKinnon, Vice-President of Finance and Information Technology. “Because we manage it from start to finish, we’ve been able to overcome those challenges.”

Jim Mathison, President of Prepac, said as e-commerce in the manufacturing industry has grown so have the demands from retailers.

“With some of our big customers, we get penalized if they don’t receive an order confirmation back within an hour, 24/7, seven days a week,” he said. Another retail client insists on an agreement that only allows Prepac’s IT systems to be down two hours per year and that those two hours be planned in advance.

“We close on Christmas and New Year’s,” Mathison said. “Other than that, we run our manufacturing 24 hours per day, six days a week. What’s required for e-commerce—and the standards are getting higher every day—is a significant barrier to entry for many.”

What’s required for e-commerce—and the standards are getting higher every day—is a significant barrier to entry for many.

Some retailers will also penalize them if they don’t have an item in stock, a fact that makes manufacturing onsite a real advantage. If they were waiting on an order from China, they would suffer with that retailer.

“The model where you float containers from China means you either have too much inventory or not enough,” he said. “We ensure we can guarantee inventory for our customers.”

To succeed with e-commerce in the manufacturing industry, the systems Prepac has in place are constantly being upgraded to handle more information processing and provide more intel to its customers. They’re also there to make sure the company is shipping 100 per cent of its orders within that crucial 24- to 48-hour period.

Approximately 60 per cent of the orders we receive by 9 a.m. on a given day ship the same day,” Simpson said.

Prepac also provides the product descriptions and photos to its online retailers for their websites, an endeavour that requires a creative team.

“There are a whole lot of pieces that have to come together to get it right every day,” MacKinnon said.

E-commerce and exporting have allowed the company to remain in Canada, and proudly so. Prepac will be adding 50 more employees this year.

“We’ve committed a lot of capital to advanced technologies in our manufacturing operations and we’re also proud that 90 per cent of the raw materials that we’re sourcing for these products are from North America,” Mathison said. “We could be in a lot of different places in the world and run at a cheaper cost, but we’ve chosen to keep our operations here.”

A site for more eyes: The e-commerce opportunity for exporters

e-Commerce: What exporters need to know

E-commerce for business: A platform primer 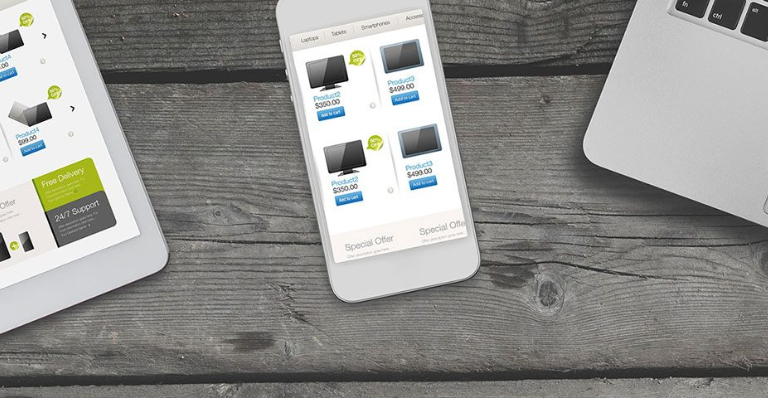 Examine the potential of e-commerce, its benefits and challenges, and how Canadian companies can use it to expand their business into international markets.