Mondetta Canada has seen a lot of change over its 34-year history, growing from a cottage industry to an international apparel company.

This was a transformation made in less than two months, with a little help from Export Development Canada.

We’re all very proud of being able to work with Mondetta at a time like this. It was a personal and professional privilege. They’re a great company trying to make a difference in a crisis.

Mondetta was launched in 1986 by four University of Winnipeg students who started out selling t-shirts. Today, with a supply chain that includes factories in Vietnam and China, Mondetta designs, procures and sells active wear and sportswear under its own brands, along with the private labels of customers such as Costco, TJ Maxx and Walmart.

But as the economic crisis of the COVID-19 pandemic emerged, retail partners were shutting down stores while inventory from Asia continued arriving. The company had a liquidity problem.

Still, Mondetta saw an opportunity to continue its label, and to make a difference.

All they needed next were the dollars to finance the contracts.

Already an EDC customer, Mondetta knew where to go for help. The company approached its bank about a working capital solution.

“Regular communications with Mondetta and CIBC were key," said Anusha Lewis, on EDC’s financing team. “We weren’t sure of the exact financing structure at the outset, so we brainstormed all options."

Around the same time EDC was talking to Mondetta and its bankers in CIBC’s Asset Based Lending division, important choices were being made internally here at EDC. We were working hard to make processes more efficient to speed up support for PPE contracts.

After we recognized this crucial market gap for PPE, EDC was able to put in place a 100 percent EGP guarantee for a $10 million pre-shipment facility.

Financing in place, things are now happening fast. Mondetta was able to retool one of the largest woven shirt factories in the world, (in normal times a China-based supplier for Versace and Hugo Boss) which is now producing two million scrubs and disposable gowns every month.

The company is also talking to other provincial health authorities about additional PPE orders. It is also in contact with Health Canada and the World Bank.

“With Mondetta’s human rights and workplace safety policies in their supplier factories, we also know Canada has secured a source of medical PPE that’s high quality and sustainably produced – a real win-win." 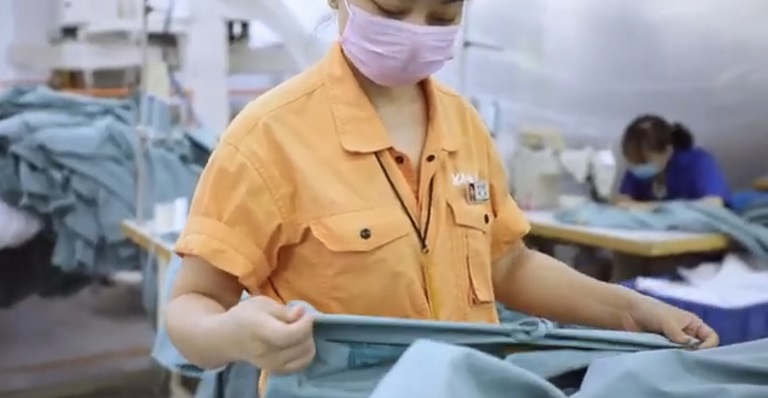 Winnipeg-based Mondetta has pivoted its business from making apparel to PPE for front-line health care workers.