According to EDC’s Trade Confidence Index, uncertainty around NAFTA talks are causing some firms to feel uneasy about the future. In this webinar wrap-up, three panelists discuss how NAFTA talks are progressing on tough issues, opening the doors for a positive outcome.

4 reasons to be trade confident through NAFTA talks

Watching daily headlines around the North American Free Trade Agreement (NAFTA) negotiations can feel like sitting aside a ping-pong match. Speculation and provocative statements are lobbied back-and-forth from all three sides of the negotiation, often making the front page of Canadian newspapers. It’s no wonder some Canadian businesses are feeling uncertain about NAFTA’s future.

“Almost one-quarter of Canadian firms said the NAFTA negotiations are having a negative impact on their business,” said EDC’s Deputy Chief Economist Stephen Tapp during a live webinar panel on Feb. 1: NAFTA and Canadian Trade Confidence. “They’re worried about NAFTA.”

Tapp was quick to add, however, that three-quarters of Canadian firms say NAFTA isn’t affecting their business growth plans at all.

With the sixth round of NAFTA talks wrapping up on a high note in Montreal late January, Tapp and his co-panelists presented a number of reasons to have confidence in Canadian international trade, regardless of the NAFTA outcome.

Canadian firms have a back-up plan

Presenting the results of EDC’s autumn survey of 1,000 exporters to the live webinar audience, Tapp notes it’s really only a small contingent of Canadian firms that are allowing NAFTA talks to play into their business plans.

EDC’s Trade Confidence Index survey results show the 23% of Canadian firms that say they are concerned about NAFTA’s outcome are taking a pragmatic approach:

For now, says Tapp, most companies are just mulling over their options. Those thinking about moving inside the U.S., for example, are keeping that contingency plan on the backburner.

“We haven’t seen many examples of this actually happening,” says Tapp.

Panelist Mark Warner adds it really depends on the size of the company, the sector in which they operate, and what their tariff exposure is, but overall it makes sense for firms to consider various options.

“Bigger companies are the ones who can make bigger ticket investments,” says Warner, an international trade lawyer and Principal with MAAW Law Consulting Group. “Those are the ones that are beginning to assess the risks and maybe think it’s better to situate across the border.”

The small number of companies that may be taking a more conservative approach, holding back on new hiring and investment for the moment , may eventually offer a nice “bounce in the Canadian economy.”

“These people that have been sitting on the sidelines will put their money back in once NAFTA is resolved,” says Tapp.

Market diversification is the most proactive strategy cited by Canadian exporters, which Tapp notes is a positive side effect of NAFTA uncertainty.

“Canadian firms that see it may be harder to get into the US market are looking to Asia and they’re looking to Europe,” says Tapp. “We’ve seen a real push for more diversified Canadian trade, and [NAFTA] only makes that more important.”

Although it’s impossible to truly know what goes on behind closed doors, the talks at Montreal seemed to push beyond low-hanging fruit, says webinar panelist Meredith Lilly, the Simon Reisman Chair in International Affairs at Carleton University.

“The tone was a bit better, a little bit more optimistic, particularly on the Canadian side,” says Lilly. “It’s great to close the anti-corruption chapter (early on), but all three countries are opposed to corruption. It’s great to close a small business chapter, which is new and great. In Montreal, we saw real engagement on the issues that are tough.”

In the sixth round, for example, Canada and Mexico put forward ideas on some of the more difficult items, like the proposed U.S. sunset clause.

“This is the idea that NAFTA would sunset every five years unless it was approved by both houses of Congress,” explains Lilly. “That’s a real crapshoot as to whether or not that can ever happen, but it’s also not the way trade agreements should work.”

In January, Mexico and Canada tabled a counterproposal recommending a five-year review process.

“I think that’s very positive,” says Lilly. “And to some extent, I think if we’d had a more formal process like that in place previously, we might not be in the current situation we are renegotiating the entire deal.”

Warner adds that the willingness of Canada and Mexico to present countermeasures is an indication that they want the talks to move at a quicker pace toward resolution.

“The difficult part for the NAFTA negotiations has always been this idea that Americans want to rebalance trade, that they have a bigger ask,” says Warner. “Issues like dispute settlement, not just on investment, but the system we have within NAFTA to review antidumping and counterveiling duties and trade remedy decisions.”

“What happened in Montreal is that Canada actually engaged – not to American satisfaction completely in terms of the substance… but creating a space for the Americans to go back and say to their bosses – because we all have bosses in this game – ‘we can engage with the Canadians and the Mexicans the talks can continue,’” says Warner.

“Good trade negotiators don’t focus on positions, they focus on interests,” says Lilly. “The US interest is to maintain NAFTA and stay in NAFTA.”

Rules of origin are always a contentious issue in trade agreements, but have been a particularly significant pain point in the NAFTA talks.

Currently in the auto sector, 62.5% of cars must be made of materials originating in one of the three NAFTA countries. The U.S. began the renegotiation last year demanding a 50% country-specific rule of origin for autos, meaning they want half of all cars to contain American content only.

“A 50% country-specific rule of origin is really a non-starter and it’s not what free trade agreements are supposed to be about,” says Lilly.

The auto sector, itself, is opposed to any changes to the 62.5% rule. At the same time, it’s not an issue that can be quashed outright.

“The reason rules of origin on autos has become such a hot button is largely because of President Trump,” says Lilly. “Many of his voters come from the rust belt and he’s really committed to creating a win for auto workers and manufacturing workers in the U.S.”

“One of the things Canada did in the last round is table some ideas around recalculating the way we value the rule of origin,” Lilly explains. “So instead of just looking at the nuts and bolts that go into a car, also valuing R&D, innovation, design and other aspects of the value that make up North American cars.”

Warner adds, although he’s skeptical Canada’s proposal will be the landing point, it shows that Canada is willing to move a bit to resolve issues on the table, to move past the political rhetoric toward a workable solution.

Many areas of the Canadian economy will remain unaffected by NAFTA

“In the United States, NAFTA is not headline news,” says Lilly. “In Canada, anonymous officials can somehow make headlines that say NAFTA is doomed and Canadians seem to eat up this news. I think that’s very negative and I don’t necessarily think it’s an evidence-based position because what we are seeing in the US is a willingness to engage.”

“When you look at the share of exports that go across the Canada-U.S. border, only 46% of Canadian companies are using NAFTA tariff preferences,” says Tapp. “For the 54% that are using WTO most favoured nation, there would be no direct impact in terms of tariff changes for them.”

“Business decisions aren’t all based on NAFTA,” he says.

Warner adds that even for those companies who are impacted, tariff rates have come down so low through NAFTA and through the WTO process that companies are examining much smaller tariff rates than they did in a pre-NAFTA world.

“There are a lot of other things trade agreements do and that NAFTA does in terms of facilitating trade,” says Warner. “But because the tariffs are so low, some companies may just say, ‘well, I can swallow the 2.5% cost of some auto part. That option was very different when the tariff was 20%.”

3 NAFTA items that may be unresolved in 2018

There hasn’t been a lot of public discussion around intellectual property laws in NAFTA, in part because it was a significant component of the Trans Pacific Partnership negotiations between multiple countries, some of which have been suspended in the most recent update to that agreement (of which the US is no longer a partner).

“Canada may seek some digital protections in the area of culture, what we’d call a NAFTA-plus outcome, but it’s my view the US wouldn’t look kindly on those proposals,” says Lilly.

For now, other political complexities may leave IP as a sleeper issue.

Canada would like to see an expanded list of professionals that would qualify to move back and forth across the border. In the original negotiation objectives, however, there is no indication that this issue is on the agenda for 2018.

At some point, says Warner, there will have to be an update to the 25-year-old classifications under NAFTA. For now, it’s not a priority. Although there may not be an expansion of the visa rules, it’s unlikely people movement will be further restricted either.

“When Mr. Trump thinks of NAFTA, he isn’t thinking about the graphic artist in Montreal that wants to go to Hollywood,” says Warner.

This is something that’s high on the list of American objectives in the current NAFTA negotiations, but it’s not a subject that’s been addressed much publicly. Buy America relates to regulations around companies that want to bid on American infrastructure projects. The political stand in the US has been pretty clear, but it’s not altogether palatable for Canadian and Mexican firms.

“The Americans have proposed to further entrench their buy America provisions,” says Meredith. “They also want access to the Canadian economy at the subnational level. We won’t let you have any of ours, but we want some of yours.” 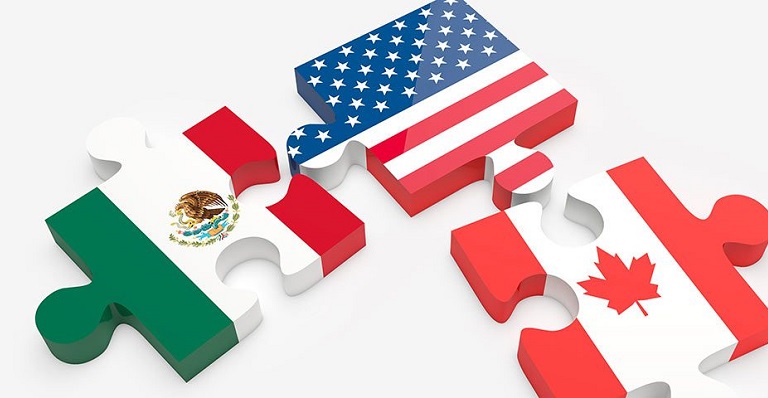 Join our panel of experts.