This article, featuring EDC Country Risk expert Ian Tobman, is the second in a four-part series on market risk in emerging markets.

Here are some examples of what can happen when doing business in emerging markets:

Changes in laws and regulations: Regulations are becoming a major business risk as emerging-market governments try to exert more control over their local economies. For the Canadian exporter, the costs of complying can be high and the penalties for non-compliance severe. Profits can drop as a result, and expansion within the market becomes more difficult. In the worst cases, the exporter may have to abandon the market and accept the loss of any assets it had there.

Case in point: A change in government in Mexico in 2014 led to a jump in royalties and taxes for foreign mining companies. Canadian miners in the country adapted, but saw the effects in their bottom line.

Foreign exchange restrictions: Also known as transfer and conversion risks, these can make it impossible for your customer to pay you. Even if you do get paid, you may not be able to move your profits back to Canada.

Case in point: In December 2013, the Ukraine Central Bank tightened controls on capital accounts as the economic crisis in the country became worse. The government forced all companies, including foreign-owned firms, to convert 50 per cent of their foreign exchange earnings into local currency and imposed a moratorium on the pre-payment of commercial debt.

Expropriation: Governments nowadays rarely expropriate a foreign company’s assets outright. What’s more common is “creeping expropriation,” where the local government uses tax and legislative measures to undermine the exporter’s control of its assets in the country.

Case in point: A subsidiary of Australia’s Churchill Mining discovered substantial coal deposits in Indonesia. Subsequently, the Indonesian government took a series of actions that led to the expropriation of Churchill’s rights over the country’s East Kutai coal mine. This caused Churchill losses of over US$1 billion. The expropriation was overturned in 2014, but much damage had been done.

Political violence: This includes civil disturbances, terrorism, revolution and similar upheavals. You may be unable to deliver your goods to your customer, your buyer may be unable to pay you, or your assets in the market may be destroyed.

Case in point: During 2014, guerrillas increased their attacks on Colombia’s energy infrastructure as they tried to improve their position in peace talks with the state. The Colombian Petrol Association reported that as of July 2014, these attacks had cost the industry, which includes many foreign investors, US$460 million.

Looking down the road

If one examines the risks identified by exporters over the past decade, the hazards themselves remain fairly consistent. Concerns such as business interruptions, economic slowdowns and supply chain failures appear year after year. But the perceived severity of the risks relative to each other and, as a result, their priority ranking for exporters, shifts as markets change. A decade ago, for example, political risk wasn’t considered the threat it has become today.

How the relative importance of these risks will evolve over the next few years is difficult to predict.

“But given that we’re living in a society where changes are taking place more rapidly than ever before,” says EDC Country Risk Expert Ian Tobman, “it would be strange if that pace of change didn’t also make its way into the risk arena. So if you ask whether emerging-market risks are changing as fast as the markets themselves, one answer is that it depends on the specific market and its degree of interconnection with the global economy. In general, though, I’d say that emerging markets with more international connections are changing more rapidly than those that are less connected.”

Risk analysts do see a few particular trends that will likely shape the evolution of emerging-market risk over the next few years.

Corporate social responsibility: There is a strengthening demand for foreign companies to practise corporate social responsibility (CSR) in their emerging markets. On the ground, CSR risk can manifest itself as a requirement that the company obtain what’s often called a “social license to operate,” which refers to a community’s willingness to support a company project being undertaken within the community. Failing to obtain such a buy-in can make the project much riskier and even lead to its failure.

In keeping with the speed of changes across the emerging world, the scope of CSR risk is becoming broader and can now affect almost any large infrastructure project, from mines to pipelines to airports.

Quasi-sovereign default: Another emerging-market risk, but one not widely recognized by Canada’s exporting community, is the danger of “quasi-sovereign default.” While sovereign default occurs when a government doesn’t meet its financial obligations, the “quasi” version applies to entities that operate as government-owned businesses. These firms are often very large; examples would be Mexico’s Pemex, Brazil’s Petrobras, or any of China’s huge state-backed enterprises.

It’s normally assumed that the owning governments will support these businesses if they get into financial trouble, and won’t allow them to default. But if that support wasn’t forthcoming in a crisis, and the government-backed entity couldn’t pay its bills, the consequences could be devastating for any businesses involved with them. As an example, consider the number of Canadian gas and oil companies that work with, or are suppliers to, Mexico’s Pemex. If the Mexican government allowed Pemex to default, especially given the current wobbly state of Canada’s oil and gas sector, many of these Canadian firms would be in dire straits.

Supply chain disruption: Imagine a Canadian company that manufactures advanced wireless systems in Ottawa, which it ships to major customers in the EU. The firm obtains some of its components from a Mexican supplier, who gets the subcomponents for them from factories in Thailand. A devastating flood shuts down the Thai factories for months and the Mexican supplier can’t provide the subcomponents. As a result, the Ottawa business can’t fill its EU orders and suddenly has several breach-of-contract situations on its hands.

A real-world example of such a risk occurred in 2011, when major Thai factories making parts for computer hard drives were flooded out. There were worldwide shortages of hard drives for a year afterward, and prices skyrocketed.

China: And then there’s China. The government is trying to use monetary and fiscal stimulus to support growth, but this is also increasing risks within the country’s financial sector. If China were to slip into a major economic crisis, the effects on the Canadian economy and Canadian exporters would be substantial. This would apply even to exporters that don’t do business directly with the Chinese market. In a ripple effect, countries that use our goods to produce merchandise for China would also see their Chinese market shrink. As a result, their demand for Canadian products would diminish accordingly.

What is “country risk” and how does EDC assess it?

“In general, you can think of country risk as anything that occurs in a particular market that could keep you from completing your contract, or prevent you from getting paid once you’ve completed it,” says Andrea Gardella, an economist and trade analyst at Export Development Canada (EDC).

EDC rates the severity of country risk, dividing it into two major categories.

“The first category,” says Gardella, “is commercial risk, which can be either short term or medium to long term. To assess short-term risk, we look at the market’s economic growth, its foreign exchange rate volatility, its level of payment defaults and the payment experience of EDC client companies doing business there. For medium- to long-term risk, we consider trends such as regulatory changes, restrictions on moving money from the market to Canada and the possibility of political violence.”

The second risk category that EDC assesses is sovereign risk, which is the risk of doing business with the country’s government. Greece is a recent example of sovereign risk—when the Greek government stopped meeting its financial obligations, its default affected the health of the country’s entire economy.

Smaller companies, unfortunately, don’t always have the resources to identify and manage country risk effectively. A common mistake is to enter a fast-growing market without understanding the dangers of operating there. In the initial enthusiasm, it’s all too easy to underestimate the risks of non-payment or of not completing a contract—especially if you don’t have a good grasp of the market’s dynamics.

This is where EDC can help. When you’re seeking market intelligence to help you assess country risk, you can go to our Country Info pages to obtain up-to-date information about local business environments, key industries and EDC’s local representation, together with news releases, commentaries and economic forecasts.

For an even tighter focus on risk, you can review EDC’s Country Risk Quarterly, which provides information on more than 100 countries, including ratings for both economic and political risks.

Managing risk in a volatile world

“The central fact,” says Tobman, “is that the world is changing at a faster pace. Emerging markets appear to be getting riskier as the changes accelerate and the world becomes more interconnected. For exporters, this means dealing with increasing unpredictability in those markets. There are going to be more ups and downs than in the past, and there will be more ups and downs in emerging markets than in developed economies.”

However, Tobman adds, “that doesn’t mean you should stay out of emerging markets. There are ways to navigate that kind of turbulence and volatility—you just need to plan for it. Learn as much as you can about your market and keep a close eye on what’s happening there. Also be aware of global events and their reverberations. Do your contingency planning to prepare for events such as policy changes, supply chain disruptions, currency volatility and so on. And always remember that as the world continues to change, there will be a host of countries that will matter more to your business than ever before.”

To learn more about mitigating risk in emerging markets, read about our political risk insurance and foreign exchange guarantee solutions.

How political risks in emerging markets have a domino effect

Rising risks in emerging markets – Should you worry? 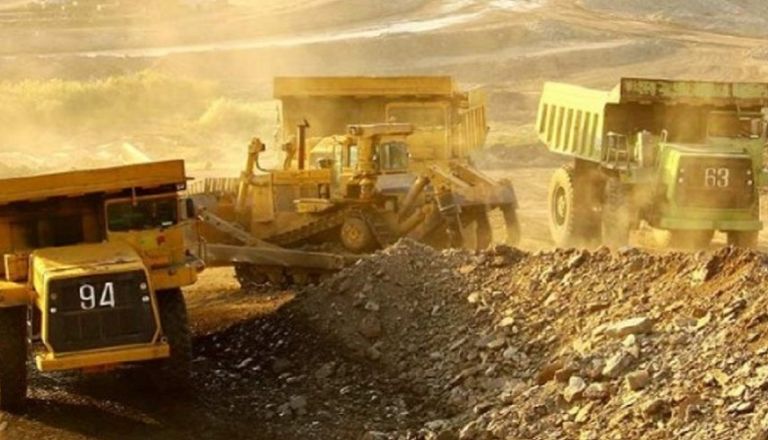 The OECD ranks some countries as riskier than others, but this practical guide shows you what makes up country risk, how to assess it, and how to manage it.