This article is the first in a four-part series on risks of doing business in emerging markets. We explain why it’s important to research and prepare for these risks before entering a new market.

The global economy is changing at a dizzying pace. Old certainties have been revealed as not certain at all. In the developed world, Britain is poised to leave the EU, and in Canada, the future of NAFTA no longer seems so secure. In emerging markets, Brazil’s shining economic promise may have been an illusion, while China’s apparently endless boom appears to be less than endless.

But what does such rapid change mean for Canadian exporters that do much of their business in developing markets? If you’re one of those companies, should you be concerned about the risks that may accompany such swift changes?

To gain some insight into what’s happening out there, we talked to EDC Country Risk Analyst Ian Tobman.

In Tobman’s view, what’s causing the global market to change so fast is the growing number of connections among countries, markets, financial institutions and businesses.

“For the past 50 years,” he says, “we’ve been moving into an era of globalization, which has been creating a much more interconnected world. So many companies have moved to emerging markets to find new customers or enjoy lower labour costs. Together, these changes have increased emerging-market risk. If there’s a political upheaval in Thailand, it’s no longer a risk event for Thailand alone. It’s also a possible hazard for global companies that depend on Thai suppliers for the flow of materials that they ship to their customers in other markets.”

More companies are in more markets than ever before. The connections of these markets to the global economy and the financial system are more far-reaching and complex than they’ve ever been. On top of that, the pace at which new interconnections are forming seems to be speeding up.

Nothing, it seems, happens in isolation any more.

Since 2000, more Canadian businesses have been selling into fast-growing, emerging markets that have not traditionally been among Canada’s top export destinations. These include such countries as Brazil, Indonesia, Turkey and Chile. The consequence is that Canada’s export landscape is changing quickly, and with it, the risk landscape as well.

None of the risks in these markets is dramatically new. The changes are more a matter of degree and relative severity, rather than unknown dangers. They include hazards that Canadian exporters have always dealt with: non-payment or late payment, contract cancellation and currency fluctuations. But in many emerging markets, the speed of change is particularly striking when you look at political risks.

“When we examine our polling results from Canadian exporters,” says Tobman, “political risk in its various forms is one of their top concerns, and they bring it up year after year. What’s behind it is the unpredictability of government policies in emerging markets, compared to the relative policy stability that exists in developed economies. You can also think of it as market volatility or institutional instability. The outcome is a higher level of overall risk for exporters doing business in those nations.”

If a customer in an emerging market suddenly can’t pay you, it may not be from a lack of cash. Instead, the local government may be responding to an economic crisis by imposing currency controls, so your customer can’t send money out of the country.

“When exporters read about political risk in one of their markets,” says Tobman, “the hazard may seem so high level that they don’t immediately get concerned. That can be a mistake. When Brazil fell into an economic and political crisis in early 2016, it meant major changes to the value of its currency. Some Canadian companies had unexpected payment issues with their Brazilian customers.”

In other words, businesses that don’t pay enough attention to political and institutional changes in their emerging markets may find themselves looking at a sharply diminished bottom line.

To learn more about the trends of global market risks and where they are headed in the future, read our article Be Aware and Prepare for Emerging-Market Risks.

Be aware and prepare for emerging-market risks

How political risks in emerging markets have a domino effect 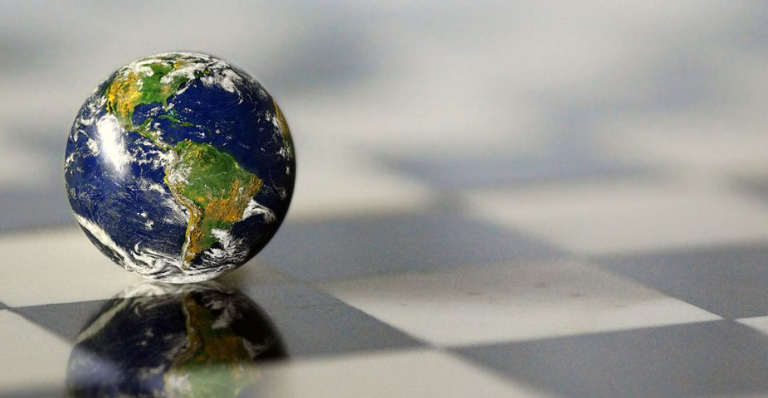 Explore the risks and opportunities of over 100 markets.