The second installment in our three-part series on managing the risks of selling to international markets was compiled by Canada’s foremost trade experts and economists. It delivers a timely recap of the key global risks from the Canadian perspective.

The risks that Canadian exporters face in their international business are continuously evolving. Sometimes they remain much the same for months, but occasionally there’s a significant change, and that’s exactly what EDC has been seeing this year.

These new company risk conditions reflect how the political and economic landscape has shifted since the beginning of 2017. EDC considers them “tail risks”—that is, risks that most likely won’t occur, but at the same time are sufficiently probable, and would have a sufficiently serious impact if they did happen, to warrant consideration.

Each of these hazards has been high on EDC’s overall list for some time, but recent developments on the global stage have caused their relative rankings to change considerably. From most to least dangerous, here arethe risks companies face.

These are the risks associated with U.S. behaviour toward the rest of the world. This was also the number-one risk in the January ranking and nothing suggests it has diminished.

“This risk,” says EDC Country Risk Analyst Ian Tobman, “includes actions such as imposing a border adjustment tax, getting into a serious trade dispute with China or taking a hard line on NAFTA renegotiations. Changes to NAFTA would obviously have a direct effect on Canadian exporters. The effects of other U.S. actions would depend on how those actions affected the U.S. economy and, as a result, its trade with Canada.”

“Given how the new U.S. administration has shaken things up,” says Tobman, “we’ve separated our U.S. concerns into two distinct risks. Political paralysis didn’t appear in our previous list, but we now believe it deserves its own ranking. Essentially, it means that if U.S. legislative decisions are delayed or blocked because of domestic political issues, this could translate into slower U.S. economic growth. This in turn would reduce U.S. demand for Canadian goods and services.”

“Anti-trade threats or actions are rarely one-sided,” says Tobman, “and protectionism from one corner almost always provokes anti-trade retaliation from another.” Unfortunately, the current trend suggests that protectionism is on the rise. The U.S. pullback from the Trans-Pacific Partnership (TPP) free trade agreement was the most recent example of this kind of thinking, and outright trade wars no longer seem so unlikely. Since many Canadian companies depend on open trading systems for their survival, protectionism presents them with grave risks.

Following the recent election in the U.K.—which could be interpreted as a negative voter reaction to the Conservatives’ hard-Brexit strategy—the probability of a soft Brexit has increased. However, the risk of a disorderly exit has also risen. Negotiating the terms of the U.K.’s departure from the EU is expected to prove challenging, especially given the tight timelines and the complex domestic political backdrop. These conditions may produce obstacles that delay negotiations, and this may in turn lead to an undesirable exit agreement for the U.K.—or even to no agreement at all, the so-called “cliff edge.”

In a worst-case scenario, Britain will leave the EU in March 2019 without resolving major issues such as tariffs and freedom of movement. This could seriously damage the British economy and make it harder for Canadian businesses to operate there.

“Brexit could go in several different directions,” says Tobman, “and that level of uncertainty isn’t good for business. Companies currently in the U.K., particularly the banks, are looking at relocating to the EU, so industry risk factors are already elevated. As for Canada, we now have the Canada-Europe Trade Agreement in place, and the U.K. is one of our largest trading partners within the EU. So the uncertainties around the future relationship between the U.K. and the EU, and whether Brexit will be disorderly, may eventually affect Canadian companies doing business in the region.”

5. Cyberattack against a major private or public entity

The May 2017 ransomware attack, which infected computer systems around the world, is only one instance of how widespread and severe this risk has already become. Such attacks will only become more dangerous and damaging as time passes.

If a major entity—an international bank or a large public sector institution, for example—were successfully attacked, it could have serious implications for Canadian companies operating globally. On the domestic side, the Bank of Canada recently expressed concerns about the Canadian financial sector being targeted. If that happens, it will obviously affect most sectors of the Canadian economy.

What do other risk evaluators think?

Oxford Economics sees the key risks companies face as a Korean conflict, a populist victory in Italy, tightening credit in China, and the effects of the current U.S. administration on global economic growth. The Eurasia Group‘s top three types of risk in business are “America First,” a possible Chinese overreaction to domestic or foreign challenges, and an undermining of Angela Merkel’s leadership in Germany and Europe. EDC’s list is somewhat different from these because it looks at the risks from a specifically Canadian perspective.

6. Conflict on the Korean peninsula

This risk isn’t about an all-out war between North and South Korea, but rather a steady escalation of current tensions. “This wasn’t previously on our top 10 company risk list,” says Tobman, “but it has become significant because of the recent increase in North Korean missile tests, and because the U.S. government and other powers don’t have good policy options for addressing the situation. This creates an environment that’s more prone to mismanagement and escalation, and adds to overall global risk.”

South Korea is Canada’s third-largest export destination in Asia and our sixth-largest export customer overall, and our bilateral trade should increase now that the Canada-South Korea Free Trade Agreement is in force. But if the situation on the Korean peninsula were to become seriously unstable, it would likely undermine the growth of our South Korean trade. In addition, given the region’s proximity to Japan, such a development could also affect Canada’s considerable business interests in the latter country.

This occurs when a state-owned entity (SOE) defaults on its financial obligations and the state doesn’t intervene to keep it afloat, due to either a lack of willingness or a lack of ability. China’s government controls several very large entities that fit this description, as do nations with major state-owned oil companies.

“The credit ratings of SOEs are based on the assumption that the parent government will bail them out if they get into trouble,” says Tobman. “But central governments often don’t explicitly guarantee this—the assurance is only implicit. So as interest rates rise, so does the possibility that one of these state businesses might default. If this happens, and the state fails to intervene, the precedent will undermine business confidence in many other such entities.”

A default by an important and sizeable SOE could seriously damage any Canadian company that does business with the entity or is part of its global supply chain. While such an event remains unlikely, firms that deal with these government-owned companies should take industry risk factors into account.

This refers to the risk that terrorists could use advanced technologies to attack people, infrastructure and institutions. This is already on the horizon: ISIS was building primitive drones during the battle for Mosul in Iraq. The potential threats to Canadian companies operating abroad are unclear, but the risk could affect things like business travel.

This is the potential for an outright war. “One such example,” says Tobman, “would be a Middle East conflict. This risk has escalated recently, with examples being the confrontation between Saudi Arabia and Qatar, or the Gulf states and Iran. A Middle Eastern war would affect both global oil prices and any Canadian businesses active in the region.”

China’s regulators are looking to curb their unmonitored, shadow-banking sector in order to address imbalances in the financial system. “It’s an effort to find a balance between growth and de-leveraging,” says Tobman. “But if this process isn’t properly managed, it could have negative effects on other sectors of China’s economy, and possibly on Canadian companies doing business there. That said, the fact that the government is tightening its banking regulations, and reducing the systemic risk to the financial sector, is being viewed as a positive development by credit analysts.”

How company risk is changing?

“The new list speaks to considerably greater concerns around the U.S. economy,” says Tobman. “The United States is by far our most important trading partner, which is why we have broken the overall hazard into the two categories of Fortress America and domestic political paralysis.”

As for the heightened danger of global protectionism, it’s reflected in events such as the sidelining of the TPP. “On the plus side,” says Tobman, “the level of sovereign risk in Europe has declined. The danger of an Italian bank crash, for example, has vanished from the list. As an unfortunate counterbalance, the risks of a disorderly Brexit are appearing for the first time. However, while the U.K. exit remains a concern, the tail risk of a Eurozone breakdown no longer presents a hazard for Canadian businesses.”

In brief, here’s how it works: 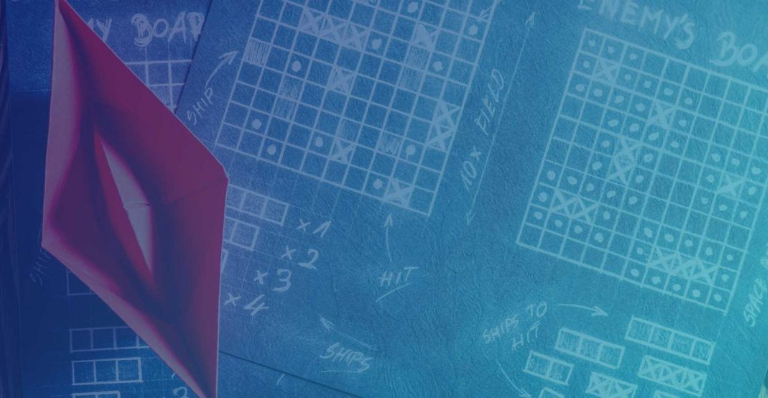 Some risks are always top of mind. Others are evolving over time. In this report, we explore the Top 10 economic, social and political risks Canadian businesses face.