As COVID-19 restrictions begin to ease, companies around the world are shifting into recovery mode to rebuild their revenues and plan for the future. Today, we meet two Canadian women in trade who faced their own adversity and discover their keys to success.

When it comes to gender equality in trade, Jennifer Cooke doesn’t mince words.

“It would be a much better world if we had greater participation of women in business and in the workforce,” the national lead for Export Development Canada’s Women in Trade strategy says.

“If women and men participated equally in owning businesses and entrepreneurship around the world, we could add approximately 3% to 6% to the world’s economy, which translates to $2.5 trillion to $5 trillion,” says Cooke, citing analysis from the Boston Consulting Group.

Yet in Canada, only 16% of small- to medium-size enterprises (SMEs) are owned by women, she says, adding of those businesses, only 11% are currently exporting.

That’s not all. Just 20%—one in five—corporate leadership roles in Canada are currently held by women.

Mary Ng, Canada’s minister of small business, export promotion and international trade, is determined to change all that by levelling the playing field in business and trade.

Ng’s goal: To double the number of women-owned and women-led businesses in Canada by 2025, which could add an incremental value of $150 billion to our country’s economy. 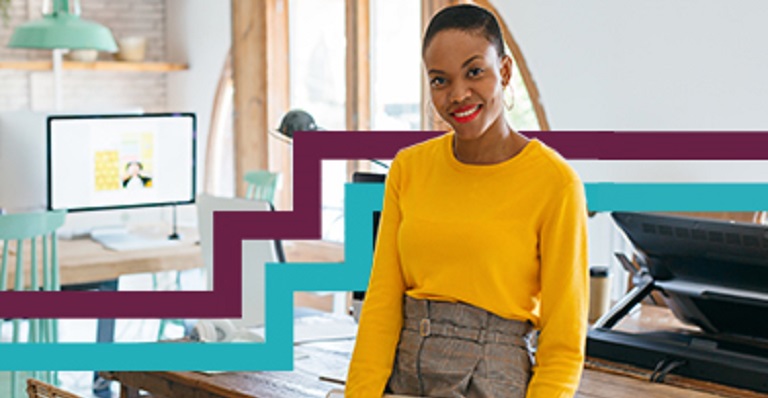 To show our commitment to female entrepreneurs and help more women go global, EDC announced in February an increase of $50 million to our Women in Trade Investments program. That brings our total of available equity funding for women to $100 million.

Lauren Greig and Ella Louise Allaire are two EDC customers who have risen to inspiring roles in industries dominated by men. To better understand the challenges Canadian women face in business and what it takes to be successful on the world stage, we asked them to share their stories.

Lauren Greig is the chief operating officer for Miovision, a fast-growing SaaS (software as a service) company in Kitchener, ON, that develops technology solutions to make traffic more efficient.

A chartered accountant, Greig started with Miovision about 10 years ago when the startup had only 25 employees. There are now close to 250. In January, the company closed a $120-million financing deal with Telus Ventures, partnering with EDC on their healthy growth journey.

As a woman leader, Greig has had her share of doubts, but credits these three assets for her success:

From music to puppets

Ella Louise Allaire was working in Las Vegas for Cirque du Soleil when she founded Monlove in 2005. “I decided I wanted to do all of my work through my own company,” says the award-winning musician, composer and lyricist.

Based in Montreal, QC, Monlove is a full-service production studio, specializing in live theatre, musical comedies and movie scores.

Ice Age was the company’s first Hollywood adaptation in 2011. The life-size puppet show grossed $125 million. This year, Monlove acquired the rights from Warner Brothers for Scooby-Doo and expect to gross $150 million.

Allaire, who has written scores for big-screen movies, including Avatar, The Scorpion King 2 and Journey to the Center of the Earth, admits it’s not always easy being a female in the entertainment industry. Her advice to other women in business and trade: