The trading relationship between Canada and India is strong, with two-way trade at $9.3 billion in 2018, more than doubling from $4.2 billion in 2010. Ruzan Desai, EDC’s regional manager in India, shared what Canadians need to know to do business in this booming economy.

India is one of the fastest-growing economies in the world, boasting growth of 6.8% in 2018. Indian Prime Minister Narendra Modi has also made it easier to export to India by creating attractive avenues for foreign direct investments in all sectors.

The trading relationship between Canada and India is strong, with two-way trade at $9.3 billion in 2018, more than doubling from $4.2 billion in 2010. India is a good market for Canada because it has a stable government, strong domestic demand and the potential to become a regional or manufacturing hub for export within Asia.

We spoke with Ruzan Desai, EDC’s regional manager in India, to find out what Canadians need to know to do business in this booming economy. According to Desai, it requires a “Three P” approach—presence, price and perseverance—and a clear understanding of the business culture. 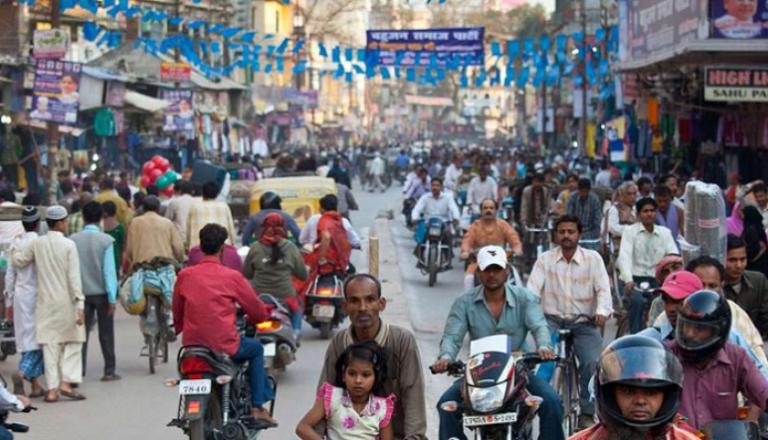 Learn about India, one of the largest emerging markets, and how your company can navigate the opportunities and risks.

1. Be present: It’s important to be physically present in the market, something that builds confidence when you’re selling into India. This is particularly important in signalling to your customers that your product or service will be easily serviceable in their country. “You have to come, be here and invest time,” Desai says.

2. Price is key: India is one of the most attractive markets to corporations across the world and for that reason, being price competitive is essential in this market.

3. Be persistent: India is a crowded and competitive country. In almost all aspects of life, Indians have competed for people’s attention to survive and in business, it’s no different. “They know that if you want something, you have to work hard,” Desai says. “They’ve been brought up such that if you don’t go for it, you’re not going to get it.” They will expect the same of Canadians doing business there.

4. Easy in English: English is one of the 22 officially recognized languages, so you usually don’t have to worry about language barriers. No one frowns on the use of English—in fact, it’s the language of business—and almost all have studied it in school.

5. Make small talk: Show an interest in things that aren’t business-related, such as commenting positively about things you saw on the way to the meeting or about the local food you’ve eaten.

6. Wait to warm up: Indian culture is conservative and physical forms of contact such as a handshake or a hug between men and women, aren’t the norm. “As a woman, don’t be offended if your male customers do not offer a handshake,” Desai says. “Indians take some time to get to know you before they will show any physical contact.”

7. Connect with cards: Be sure to have a business card, but there’s no need to present it in the bowing fashion seen in other parts of Asia. Speaking of first meetings, be prepared for some questions you might not be asked in Canada or Europe. Indians will ask if you have children and if you’re married. They may jump between business and personal topics.

8. Yes doesn’t necessarily mean yes: If an Indian agrees to meet, but says they’re very busy, it may mean they’ll cancel at the last minute. Generally, Indians will cancel a meeting rather than say no from the start. It doesn’t mean your dealings are done, but it does mean it wasn’t a priority for them.

9. Dress for success: For all government and corporate officials, the dress code is formal. “It shows respect and that one is serious about doing business,” Desai says.

10. Traffic troubles: Be prepared for traffic congestion within the major cities. If you want to arrive at a meeting on time, give yourself extra time to get there. It might take 30 minutes to make a two-kilometre drive. If you’re late because of traffic, your hosts will usually understand.

11. Be prepared to scale up: The Indian market is huge and Canadian companies must be prepared for high demand, Desai says. Be mindful that you may have to scale up significantly.

12. Vegetarianism is widespread: If you’re hosting a lunch meeting, always ask if any guests are vegetarian. If so, make sure there are meatless choices for them. If you’re a non-vegetarian at a business lunch in a restaurant, make sure it doesn’t offend your vegetarian counterparts if you order meat.

13. Don’t rely on Wi-Fi: You will find Wi-Fi in coffee shops and hotels, but the connections aren’t always strong.

14. Refine your strategy: Don’t think of India as one big country. Rather, figure out where your sector is, then develop relationships there, whether it’s Mumbai or Delhi, southern or northern India.

Are you exporting, or thinking of exporting, to India? Get more country information from EDC here.

This blog was originally published in June 2017 and has been updated for accuracy and comprehensiveness.