As the Philippines transforms from a mostly agricultural-based economy to one based on services and manufacturing, the country is blessed with a stable banking system and solid GDP growth. Despite rising global uncertainties, the Philippine economy remained strong in 2019, with solid growth of 5.8% growth that’s expected to build to 6.1% in 2020 and 6.2% in 2021, according to the World Bank. The Philippines is currently the 29th largest economy by GDP in the world, but the Hong Kong and Shanghai Banking Corporation (HSBC) predicts it will climb to 16th place by 2050.

Canada and the Philippines enjoy friendly relations due, in part, to the fact that there are so many Filipino ex-pats living in Canada, many of whom continue to send remittances back to their families in the Philippines. Two-way merchandise trade between the two countries was $2.43 billion in 2018, with higher-traffic sectors ranging from ICT, infrastructure and aerospace to defence and clean-tech.

Given the level of trade, the strength of the Philippines’ economy and the potential for Canadian exporters, we asked Klaus Houben, chief representative for Southeast Asia at Export Development Canada (EDC), to share some tips on business etiquette in the country.

1. Family ties: It’s important to understand that business in the Philippines is run by family-owned conglomerates. It’s therefore a good idea to secure a good contact person –an ally, in essence—in the organization to help guide you through its nuances.

2. Boardroom business: Business is mostly conducted in boardrooms and offices because traffic, particularly in Manila, is intense in the mornings and evenings, making breakfast and dinner meetings a prospect best avoided. Occasionally, a lunch meeting may take place at some point in the business relationship, but it would never be a first meeting. Expect water and coffee to be served at business meetings.

3. Slow and steady: Building a relationship with Filipino businesspeople is a slow process. Filipinos like to take their time, so don’t rush anything.

4. Get carded: Business cards are still the order of the day in the Philippines. They’re not as essential as they are in China, but having one will serve you well. As in much of Asia, it’s customary to present your business card with two hands. Make sure your name is face up and positioned so it’s legible to the recipient.

5. Shake it up: A formal greeting in the Philippines includes a firm handshake, a smile and light eye contact.

6. Dressing down: When there is intense heat and humidity, which is often, a suit isn’t necessary. For men, a long-sleeved shirt and tie (or even no tie) and dress pants will suffice. Women can dress similarly—a skirt or pants and long-sleeved dress shirt—or in a dress. Women and men can also wear the traditional white Filipino shirt known as a Barong Tagalog.

7. Mind the clock: Punctuality is appreciated, but there is some lenience for lateness because sometimes traffic jams make it unavoidable. For social occasions, being overly punctual may be seen as a sign of anxiety or over-eagerness, so plan on being fashionably late—five to 15 minutes is fine.

8. Not too direct: Filipinos aren’t keen on saying no so they may say yes, initially, when they ultimately intend to say no. Watch body language and follow up regularly to stay on top of your business relationships.

9. Devices down: As in the West, Filipinos will generally consider it impolite to use your mobile phone during a meeting, but they will be forgiving if you’re in extenuating circumstances. Explaining ahead of time that you may be interrupted will go a long way toward smoothing things over.

10. Smart small talk: Just as Canadians relish talking about the weather, Filipinos love to talk about Manila traffic—they spend a lot of time stuck in traffic jams, after all. They will also occasionally delve into topics such as family and hobbies.

11. Grab a “cab”: Give yourself plenty of time to get around Manila. Hired cars are the best option and they’re inexpensive. In addition to traditional taxis, an Uber-like service known as Grab is popular in Manila. But unlike Uber in Canada, it can take a long time to get one and on top of that, the ride itself can take a long time. The day before this interview, Houben had spent an hour in a Grab and only travelled four kilometres. Walking, he said, isn’t an option for business people as the humidity and heat will make you sweat and rob you of your energy.

If you want to learn more about the Philippines and see if it’s the right market for you, check out EDC’s country and market information or download our free Doing Business in the Philippines guide.

This blog post was originally published in September 2017 and has been updated for accuracy and comprehensiveness. 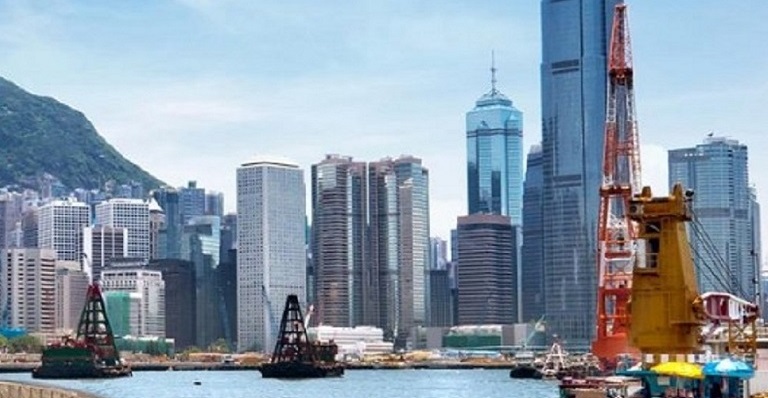 This comprehensive guide helps you explore exporting and direct investment opportunities in the ten fast-growing markets of Southeast Asia.