People love a royal wedding. In the lead-up to the May 19th ceremony, citizens around the world are marking the nuptials of Prince Harry and Meghan Markle in unique ways.

For one, there’s the amateur baker near Birmingham, UK, who made a life-sized replica of the couple out of pound cake and fondant. In a more traditional fashion, the Canadian Mint revealed a silver coin to commemorate the royal couple in early May. But did you know Harry and Meghan have also been “gifted” their very own cryptocurrency, underwritten by ICO Rocket?

Despite these innovations, royal weddings are very much steeped in convention.

So many traditions, so many rules of engagement. It may not surprise you to know that, despite our shared heritage through the Commonwealth, doing business in the UK still requires Canadians to adopt a certain sensibility to cultural nuances. I caught up with Olga Vovk, senior regional manager at Export Development Canada’s offices in London, who offered up the top etiquette rules when conducting business in the UK.

“In terms of communication, messages may be conveyed in a more subtle way than you’ll find in Canada,” Vovk said. “I find Canadians much more direct in emails and face-to-face communication. It wouldn’t hurt to understand those subtle differences.

“There are a lot of understatements and subtleties,” Vovk said. “It helps to keep this in mind if you’re negotiating.”

When dealing with different parts of the UK, it’s essential not to use the word England as a blanket term to describe the whole country. If you’re in Scotland, call it Scotland; if you’re in Wales, call it Wales. Calling someone British is okay, but it’s preferable to call a person Scottish if they’re from Scotland, and Welsh if they’re from Wales. Whatever you do, don’t call those folks “English.”

Britons will ask questions in indirect ways. For example, if they want to know where you live, they might ask if you have travelled to the meeting from far away. In New York, you might end up talking about how much money you make, but that would never happen in the UK. Keep that information to yourself. Britons generally guard their privacy. Small talk about the weather, however, is as much a British pastime as it is a Canadian one. There’s a saying about British small-talk, which states their main topics are: “Sunshine, rain and complaining about the train.”

Dress code is important, Vovk said. “In Canada, even on Bay Street, you see men in blue suits wearing brown shoes all the time. In the City of London, it’s a sartorial faux-pas. Same goes for loud ties.” Women have more latitude, of course. Dresses are very common in the business environment. Further on the dress code issue, it wouldn’t hurt to be mindful of the differences between British and Canadian English. “Trousers” is a better word for what is referred to as “pants” in Canada, to avoid being mistaken for talking about underwear.

Britons are generally punctual, but those in bigger cities are patient about transportation slowing you down. They’ll accept the news of your lateness best if you send a note as soon as you realize you’ll be late.

“Live and let live is a prevalent attitude and that goes hand in hand with a healthy respect for personal space and privacy,” Vovk said.

You’ll find Wifi in the usual spots — public institutions will often have it, as do Starbucks and other chain coffee shops. The Tube trains also started introducing Wifi, but the service can be spotty, Vovk said, and added that you can buy widely available hotspot services on a daily basis.

In Canada, quite often, business cards have just the area code and phone number. In the UK, everyone uses a country code because if you’re dealing internationally, one needs to know the country code to dial. Canadians would use +1 before adding the rest of the phone number.

The original version of this blog post was published on May 17, 2017. 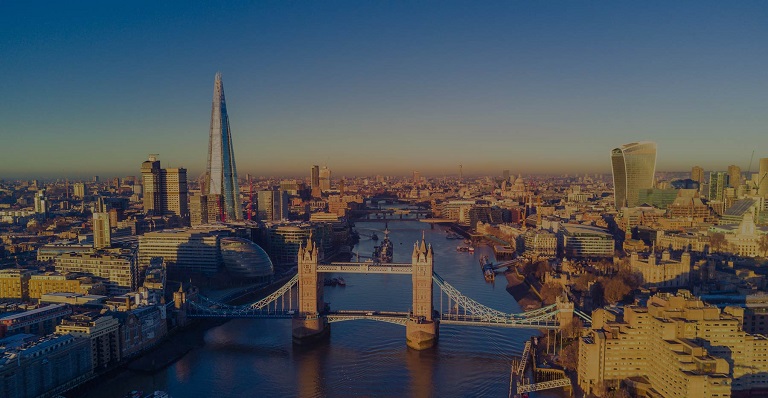 For many Canadian companies, the UK is seen not only as a high-potential export and investment market, but also a gateway to the European Union.