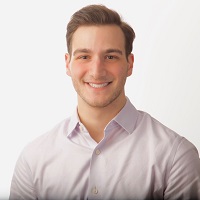 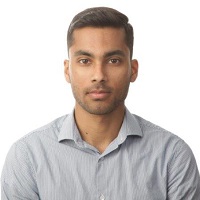 As Canadian entrepreneurs and companies continue to grow their business and diversify their markets, we look ahead to what 2020 might have in store, highlighting both the opportunities and challenges on the horizon. We also reflect on 2019, a year marked by uncertainty, trade tensions, rising social unrest and the various political and economic trends that shaped the global economy.

International trade clearly hit a rough patch in 2019. Elevated trade policy uncertainty and increasing tariffs between the United States and China have been key contributors to the slowdown. The world’s two largest economies now have tariffs in place affecting roughly $735 billion in bilateral goods trade. It’s no wonder economic uncertainty indicators are spiking to peak levels. This considerable drag on global growth sends worrying signals for the year ahead.

Canada’s agriculture exports have been caught in a challenging short-term global outlook. While China continues to block Canadian canola seed imports, it lifted its temporary ban on our meat products in November. However, Canada’s overall exports to China have slowed considerably. On the flip slide, newly minted preferential access to Japan through the Comprehensive and Progressive Agreement for Trans-Pacific Partnership (CPTPP), a trade agreement between Canada and 10 other countries in the Asia Pacific region, seems to be benefitting Canada’s beef exports. Unfortunately, this big market access win could be short-lived due to the recent ratification of the narrow U.S.-Japan trade deal.

Canadian exports of beef to China and Japan

The United States relies more on the WTO’s dispute settlement process than any other member. It’s the top complainant and respondent in the past 25 years. Yet, due to long-standing issues with governance and sovereignty of the appellate body, the U.S. has blocked appointments, so the appellate body won’t be able to review new cases as of Dec. 11. The “Ottawa Group,” (which includes Canada) is proposing workaround options to keep the system running. Unfortunately, no big breakthroughs have been made so far, and the ability of the world’s referee to enforce global trade rules may be seriously compromised in 2020, at a time when it is most needed, and protectionism is rising.

Since the United Kingdom voted to leave the European Union in 2016, the world has watched a slow journey to withdrawal. Despite her best efforts to broker a deal in Parliament, former prime minister Theresa May stepped down in June after almost three years. Subsequently, Boris Johnson was elected by party members as Tory leader and prime minister in July. On Dec. 12, Johnson won a resounding victory in a general election, paving the way for the U.K. to leave the EU by Jan. 31. The Brexit saga has been harmful on the U.K. and European economies, particularly for business investment, and will have profound implications for Canada-U.K. trade and investment relations.

America’s shale revolution has caused a major shakeup in global energy markets. In 2000, the U.S. produced less than six million barrels of crude oil per day. During that time, Saudi Arabia and other Organization of Petroleum Exporting Countries (OPEC) producers dominated global production. Fast forward to 2019, the U.S. is producing an average of 12 million barrels per day, making it the world’s leading oil producer, now ahead of Saudi Arabia and Russia. This year marked the first time in decades that the U.S. became a net exporter of crude and petroleum products.

American production has expanded global supply significantly, putting downward pressure on prices, and limiting OPEC’s ability to manage prices. In 2020, we’ll be keeping a close on eye on U.S. production and its continued impact on global prices.

During 2019, the EDC economics team noticed a significant uptick in Google searches for the word “recession” in the United States. In fact, the popularity of the search term hit levels unseen since the 2008-2009 recession. That sudden spike in interest was likely caused by a combination of rising trade tensions and slowing economic activity around the world and the inversion of the U.S. yield curve. These worries have subsequently subsided, but many of the underlying issues remain unresolved. Globally, manufacturing activity remains slow, inflation remains weak and trade tensions continue to flare. Without resolution, recession worries could rise again.

Emerging economies, like China and India, have been leaders in expanding globalization and building out supply chains in goods and services production in recent decades. In 2019, GDP growth in both emerging economies has moderated. U.S.-China tensions are putting pressure on investment in China as some companies that sell to American consumers shift their production to other Asian economies. At the same time, Chinese authorities are trying to combat pollution and deleverage their economy. India’s near-term growth is being tainted by agricultural woes and a weak banking sector. Nonetheless, the long-term growth outlook for these key emerging economies remains strong. In the year ahead, EDC will track how these countries tackle their short-term challenges, before they hopefully can regain some momentum back to a higher growth path.

With global growth slowing, trade risks rising, and muted inflation pressures, central banks across the world have cut interest rates to stimulate spending. Since the U.S. Federal Reserve signalled a shift in its policy stance in January 2019, more than 50 central banks have cut their policy rates, creating looser financial conditions in economies, which account for about 70% of global GDP.

This year, global holdings of negative-yielding government bonds surpassed US$17 trillion. The big increase in global uncertainty, regulatory changes requiring financial institutions to hold less risky assets, and the pervasive monetary policy easing cited above, have combined to push some investors into safe-haven assets, which reduces yields. Although the year end has provided some relief in financial markets, this trend could worsen in 2020 if outstanding trade uncertainties aren’t resolved. The low interest rate environment has put pressure on financial institutions’ balance sheets.

The yield curve is generally viewed as a good barometer of future economic conditions. Since 1970, the U.S. Treasury yield curve has “inverted” before every U.S. recession. An inverted yield curve is often defined as the rate on a 10-year bond being lower than the rate on a two-year bond. If investors are worried about near-term economic conditions, they’ll pile into long-term bonds, driving down yields. Throughout much of 2019, the Treasury yield curve was inverted, signalling that investors were anticipating short-term economic uncertainty. However, while the U.S. yield recently reverted to normal, Canada’s curve has remained inverted.

Canada isn’t the only country facing bond-market pressure. Given low interest rates, monetary policy currently has limited room remaining for conventional policy interventions in the case of a recession.

So where does this leave Canadian companies looking to take on international markets? Do your homework, prepare a market entry plan and seek advice on potential risks. Next year will prove to be pivotal for the growth trajectory of the global economy. Its implications for Canadian companies could potentially be cause for concern.