Since the solar power company launched in the United States at the beginning of 2018, revenue has almost doubled.

Ask Mackie Hilborn what led to the launch of EnergyGeeks in 2016 and he’d admit it was a lightbulb moment.

CEO of the Toronto-based solar consulting company, Hilborn was working at Pure Energies, Canada’s largest online store for solar power solutions, when he and his executive team discovered a gap in the market.

“During our time at Pure, we learned a lot about the solar markets across North America and some of the challenges that existed,” says Hilborn, one of the founders of Pure Energies, which was acquired by a Fortune 250 company called NRG Energy in 2014.

“We took a hard look at the industry and why people are still not going solar. It’s the right thing to do, doing so can save them money and it might not cost them anything to make the switch, but still they weren’t acting.”

The team soon realized many consumers were in the dark about the solar industry, its many rules and regulations and the solutions available to them.

“Going solar always requires custom solutions and people need help figuring out what’s best for them. Trying to do it on your own is like drinking from a fire hose,” he says.

EnergyGeeks provides concierge-style “Solar Energy for Dummies” service. The company, which has partnered with the David Suzuki Foundation and HGTV’s Mike Holmes to spread the word about solar power, built technology that allows consumers to input their needs and get customized recommendations to make the switch.

When they launched EnergyGeeks, Hilborn and his team targeted Ontario and soon became the largest residential solar consulting group in Canada. Thanks to their exporting experience with Pure Energies, the team planned to tackle the U.S. market next, but financing was going to limit the speed at which they could grow south of the border. Hilborn turned to Export Development Canada (EDC) for help.

“We have financing with a major bank and EDC agreed to guarantee that for us through its Export Guarantee Program,” Hilborn says. “We also accessed EDC’s direct lending to help advance our expansion into the United States. That cash flow allowed us to build out our platform and helped us to develop new technologies.”

Hilborn knew the U.S. market was much more competitive than Canada’s and he needed a partner that had similar goals.

“We could have done it alone, but it would have been a much slower process,” he says. “EDC was a great partner for us in providing the initial financing needed to really kick off these markets. We wanted to make sure we were well-funded for that venture.”

Since the company launched in the United States at the beginning of 2018, revenue has almost doubled. “That’s because the EDC investment has allowed us get there,” Hilborn says.

EnergyGeeks plans to slowly work its way across all 50 U.S. states and all of Canada’s provinces and territories. The company hopes to expand beyond the U.S. and Canadian markets, but not before it’s “blanketed” them. After it accomplishes that mission, it’ll start penetrating Central and South America.

Financing from EDC allowed us to double the number of markets we entered in the United States. Our initial plan was to enter Connecticut and Massachusetts and EDC’s help allowed us to also enter New York and New Jersey and, eventually, Illinois. 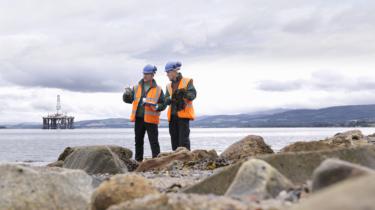 Our Export Guarantee Program (EGP) can help your bank provide you with additional financing.

We share the risk with your bank by providing a guarantee on the money you borrow, encouraging them to increase your access to working capital. 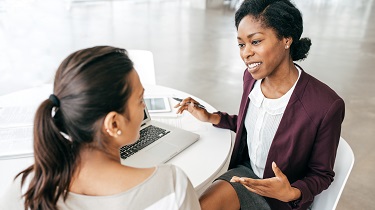