Next to water, food is the greatest human need. Funny that in general, we pay so little for it. Ah, but make it scarce, and next to water, there’s nothing we would pay more for. It’s the abundance of readily available food that makes it as affordable as it is. Not every country can make this claim, but in the availability of food, Canada is particularly blessed. For most of our modern history, we have been a ‘bread basket’ nation to the world. It’s that very abundance that has made this very necessary sector almost a non-issue in economic banter. Until recently, that is. The vast populations of the emerging world are getting richer, and demanding ever-more first-world food. Is Canada in the game?

The key markets for our food – whether raw or processed – are still developed economies. The US dominated demand, gobbling up 53 per cent of what we export to the world. Japan accounts for another 7 per cent, and the top eight markets in the EU, just over 5 per cent. But as a share of total exports of agriculture products, the developed world is either static or declining. The US, for example, accounted for close to 60 per cent of total agricultural exports back in 2000, and Japan, 10 per cent. Are we somehow losing our grip in these markets? Hardly; annual growth to developed markets in the past 15 years has averaged 5.1 per cent. Net out inflation, and that’s ahead of population growth – a sign of rising penetration.

Why the declining share? The simple answer: hungrier emerging markets. Growth there has averaged 8.4 per cent annually, taking the share of emerging market agricultural exports from 22 per cent of total in 2000 to 31 per cent in 2016. Population growth is not the only principal driver, as large parts of the emerging world are themselves dealing with sluggish population growth. Doubtless, dramatic growth is due in part to improved transportation and cold storage technologies, the impact of globalization on food taste preferences, and lower barriers to trade in foodstuffs. But the predominant driver is likely rising wealth. The pace of graduation into the middle class in emerging economies is nothing if not staggering. Brazil is purported to add 5 million annually to its middle class. In Indonesia, it is estimated to be 7 million annually. India boasts 20 million graduates annually, with an aim of soon reaching an eye-popping 30 million per annum – a pace that could technically be sustained for well over a decade. However, atop them all is China. Despite being saddled with population decline, the middle class is calculated to be increasing by the size of the Canadian population every year.

These facts translate directly into Canada’s food export story. Of our top 20 markets for food exports, eleven are emerging markets, and this select group is growing collectively by almost 12 per cent annually. The fastest-growing markets are generally notching up impressive gains in market share, and have vaulted up the rankings in the past 16 years. Even so, for most, overall shares are still around 2 per cent or lower. Mexico is an anomaly, at 2.9 per cent of Canadian agri-food exports, but unlike the rest, its share hasn’t budged since 2000.

Among emerging customers, China is a standout. With annualized growth of 15.5 per cent, China is Canada’s second-largest export market, now well ahead of third-placed Japan. Its share of total Canadian agri-food exports is no less dramatic, rising from just 3 per cent in 2000 to 11 per cent today. While other markets hold the promise of future growth that’s as dramatic, China is today’s market, and growth there will be the biggest agri-food story on the planet for years to come. Higher meat consumption is the main driver of this demand. Beyond the sheer availability of food, Canada’s key advantage in China’s marketplace is food quality. The governance of our food system is a plus in a market where trust in the domestic industry has been undermined by tainted production processes and suspicion of the soundness of key elements of the in-country supply chain. Wealthier consumers are proving a new willingness to pay for guaranteed quality, and a growing number of Canadian producers are discovering – and leveraging – this new appetite.

Food is again turning into a high-growth business. While traditional customers are our mainstay, and the CETA deal opens up new European opportunities, emerging markets are and will be the powerhouses of growth in all facets of Canada’s agri-food continuum for decades to come. 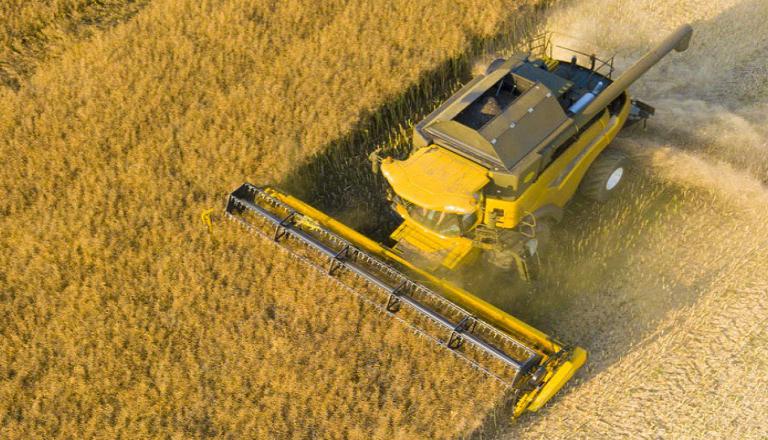 With the global population expected to reach nine billion by 2050, agri-food is poised for rapid growth. Join our webinar and explore the opportunities. Register now for the webinar: Feb. 28, 2019, 1 to 2 p.m.