For many Canadian exporters, 2020 is starting off on shaky ground.

According to Export Development Canada’s biannual survey of 1,000 Canadian companies, trade confidence continues to slide, hitting an eight-year low, suggesting a soft start is likely for Canadian exports in 2020.

While the most recent Trade Confidence Index was down only modestly (by 0.7%), the declining trend since mid-2018 isn’t encouraging. The TCI has now fallen for three consecutive surveys, for a total drop of more than 9%. These weak headline results are hardly surprising. During this time:

Regional differences underlie the national results. Atlantic Canada and Quebec remain the most optimistic, with pessimism reigning in the West. These outlooks from exporters are consistent with EDC’s Global Export Forecast, which expects the strongest export growth in 2020 for Newfoundland and Labrador and Nova Scotia, reflecting strength in offshore oil production and seafood. Conversely, British Columbia and Saskatchewan are expected to suffer export declines in 2020, due to forestry sector weakness, and uranium and potash mine closures.

Trade barriers have grown in prominence over the past few years, becoming the No. 1 challenge identified by Canadian exporters. They are now cited as a bigger problem than perennial issues, like finding skilled talent, logistics and financing.

Unfortunately, the vast majority of respondents may be sensing a new normal period of higher protectionism. They don’t see much reprieve ahead and expect the elevated level of protectionism to either remain the same (54%) or increase further (35%) in 2020.

U.S.-China trade tensions have been the biggest outstanding issue weighing on global trade and keeping financial markets on edge. In this survey, a notable share of Canadian exporters (34%, up slightly from 31% in the last survey) cite negative impacts on their business from the U.S.-China trade dispute.

It’s worth emphasizing that the impacts are complex, and not necessarily bad news for all. Tit-for-tat bilateral tariffs create new opportunities for some Canadian companies—although the “losers” outnumber “winners” by a three-to-one margin. One example is Canadian lobster sales to China, which have taken off since U.S. producers began facing big tariffs on their Chinese sales. This may partly explain Atlantic Canada’s optimism.

Despite the positive development in the Phase 1 trade truce announced Jan. 15, there remain a wide variety of views on when this dispute will ultimately be “resolved”—defined in the TCI survey as the complete removal of recent bilateral tariffs. We found that about one-third of respondents expect this ordeal to drag out indefinitely, while a similar share believe the Trump-era tariffs will be removed in 2020.

Canada stuck in the middle

The U.S.-China trade dispute also has a significant number of Canadian exporters stuck in the middle. Canada’s arrest of a Huawei executive for potential extradition to the U.S. was followed by the detention of two Canadian citizens, and import bans on some agricultural exports to China. Indeed, a sizable 27% say the China-Canada diplomatic and trade tensions are having a negative impact on their companies’ trade and investment activities.

While it’s easy to be pessimistic, it’s not all bad news. In addition to the recent U.S.-China trade truce, another positive development since our survey was conducted is that the Canada-United States-Mexico Agreement (CUSMA) has moved much closer to ratification. Canadian exporters’ views of CUSMA have also improved: for the first time in three surveys, positive assessments now outweigh negatives, with the latter down significantly. If ratification occurs, Canada’s exporters will gain more clarity and move past the protracted period of uncertainty over North American trade rules.

While worries of a global recession remain elevated among Canadian exporters, they’ve subsided somewhat over the past six months. In this survey, most expect it to shift to 2021, rather than 2020 as predicted in our last survey. Recession worries are a key factor shaping respondents’ overall outlooks. Those who think the next global recession is imminent have a much lower TCI score (63.4 versus 70.8 for the rest).

Canadian exporters are increasingly diversifying by investing outside of Canada. The share of respondents with investments outside of Canada increased to 17%—the highest level recorded in our survey, and well above the 14% average in recent years. The top destinations for future investment plans include the U.S. and China. This activity could reflect a desire by Canadian companies to avoid tariffs and border frictions, by locating closer to their end consumers in these large markets.

A forthcoming report by Mohammed Rajpar of EDC Economics entitled Assessing the Forecasting Properties of EDC’s Trade Confidence Index finds our survey is a useful predictor of Canada’s future export growth, particularly for non-energy exports. For example, the cross correlation is 0.64 (see chart below) between the TCI and non-energy exports two quarters into the future. With the TCI stuck at a relatively depressed level, this suggests the subdued outlook for Canada’s exports is likely to continue into the first half of 2020.

That said, since EDC conducted its survey, the positive developments from the U.S.-China trade truce and CUSMA ratification will reduce trade uncertainty, providing a welcome reprieve for Canadian exporters, and potentially supporting a near-term rebound in export growth. 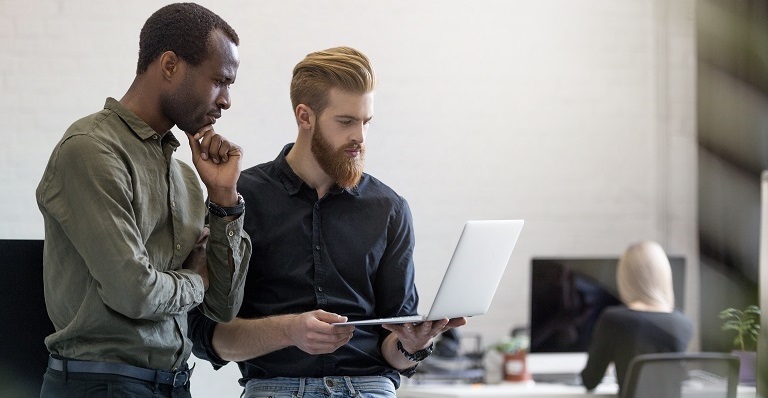 The outlook according to Canadian exporters

In the 2019 year-end TCI, the outlook of Canadian exporters fell to its lowest level in eight years. Protectionism, trade tensions and economic concerns all contributed to their declining confidence. Discover the highlights of this insightful survey, including the top markets of interest for exporters.