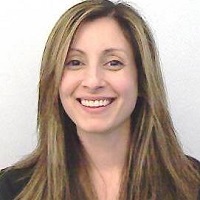 Country risk is complicated and can have significant impacts on your exports and investments. Trying to filter out what is important from the background noise amidst the deluge of daily news reporting is no easy feat. But at Export Development Canada (EDC), our team of country risk analysts do exactly that across 200 markets using a range of metrics, models and subject matter expertise.  We’d like to share with you a sample of what’s on our watchlist as we head into the second half of 2019.

To start, the good news: In the first half of 2019, we saw an impressive ratio of 18 upgrades to 12 downgrades across rated emerging markets, with the bulk of upgrades concentrated in Europe, followed by the Middle East and Africa. Political violence risk improved in Romania, Armenia and Sierra Leone, while Kuwait saw an upgrade in both its transfer and expropriation/government interference risk. However, there were some notable downgrades: the expropriation/government interference risk in Mexico, political violence risk in Sri Lanka and transfer and conversion risk in Zambia.

Our country risk shop also uses a defined set of metrics to track growing vulnerabilities across markets. Topping that list of affected countries are Mongolia, Bahrain, Oman, Panama, Turkey, Sri Lanka, Lebanon, Jamaica and Pakistan. For example, keeping Turkey in the spotlight is its slumping economy, rapid currency depreciation (which began in mid-2018), the recent opposition win in Istanbul mayoral re-elections and a rating agency downgrade. Key on our radar is Turkey’s policy predictability, its ailing lira and high corporate debt, which underpin our concerns around transfer risk and financial sector stability for this market.

In Pakistan, high levels of short-term external debt to reserves and ongoing currency depreciation are key vulnerabilities. Despite the recent staff-level agreement on a US$6 billion International Monetary Fund (IMF) program to support the struggling economy, the package comes with a number of conditionalities. Key among these is a move toward a floating exchange rate, which will entail difficult adjustments for the economy and expectations of continued volatility.

In other markets, there have been no ratings changes, but ongoing trends have kept them on our watchlist. In Libya, the security situation remains challenging as Libyan National Army leader Gen. Khalifa Haftar continues to try to secure control of the entire country. In Cameroon, simmering unrest rooted in the standoff between a francophone majority and anglophone minority remains an issue to watch for political violence risk, while in Ethiopia, a recently thwarted coup attempt underlines the rise of ethno-nationalism within the country.

Looking to Latin America and the Caribbean, Cuba’s liquidity crisis of the past several years has been compounded by U.S. sanctions. Barbados, on the other hand, is on the mend supported by an IMF program and expectations of a narrower fiscal deficit after years of economic turmoil and foreign exchange shortages.

In Europe, risks continue to loom large for Italy as tensions among its governing coalition persist at a time when forecasts show Italy’s general government deficit and public debt will grow. Meanwhile, the Brexit debacle continues to keep us on watch as the Oct. 31 inflection point nears, increasing the odds of a no-deal Brexit.

In the Middle East, U.S.-Iran tensions persist while ongoing Yemen-Saudi cross-border attacks gather pace. The conflict in Syria is ongoing, while the prospect of regional peace is still not any nearer today

A deeper knowledge of country risk issues can help you to make more informed decisions on when and where to do business. EDC can help. Find out more and stay on top of markets by following our regularly updated Country Risk Quarterly.