Last fall, world leaders converged in Glasgow for the UN Framework Convention on Climate Change to accelerate action toward the goals of the 2015 Paris Agreement. While the efficacy of the outcomes of COP26 will continue to be the subject of debate, the global discourse around the energy transition has changed. True, the scale and scope of such a transition are as polarizing and emotive as ever, but a decarbonization of the global energy sector is almost universally recognized as an important step to reducing global carbon emissions and mitigating the effects of climate change. Can the required supply of the key metals and minerals needed for this transition keep up?

The clean energy transition needed under the International Energy Agency’s (IEA) landmark Net Zero by 2050 Roadmap would see the share of power generated by solar, wind and hydropower rise to 60%, from 10% today. This requires a rapid scaleup of renewable energy capacity over the next decade. To give a sense of magnitude, for solar alone, the IEA estimates that this would mean adding the equivalent of the world’s largest solar park roughly every day for the next 10 years. As the electrification of the economy takes hold, downstream applications would also need to adjust. Electric vehicles (EV), for instance, would go from around 9% of global car sales to more than 30% over that period.

This would lead to a surge in demand for copper, silicon, silver, zinc, iron ore and aluminum. Add to that the demand for lithium, nickel, manganese and cobalt required in EV batteries; to say nothing of the metals needed for transmission and distribution grids, charging stations and other infrastructure adaptations. According to the International Monetary Fund (IMF), metals demand could surge by as much as three billion tons in the coming decades, as a result. Under a 1.5 C scenario, Wood Mackenzie, a leading consultancy company for the global energy, chemicals, metals and mining industries, expects copper and aluminum demand to increase by more than 60% by 2040, nickel demand to more than double, and cobalt and lithium demand to surge by four and 12 times, respectively.

Even a less-ambitious pathway, still calls for demand growth of a truly transformative nature. And, given current production rates, supplies are likely to significantly undershoot demand. The shortfall is further complicated by the geographical concentration of natural reserves, potentially pushing mining companies into more complex jurisdictions, from both a political and regulatory risk perspective. The world’s largest cobalt producing country, for example, is the Democratic Republic of Congo, responsible for more than 70% of the world’s cobalt supplies. Increased commercial interests have also raised the specter of nationalization in some countries endowed with these critical resources. 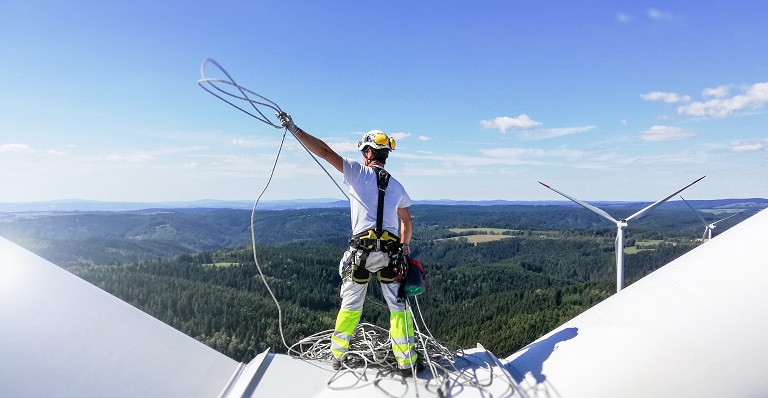 From precision farming to energy infrastructure, Canada is poised for future growth in clean technology.

Additionally, the pursuit of materials needed to help facilitate the clean energy transition often draws opposition from advocacy groups due to very real concerns around environmental and local community impacts. Serbia recently revoked lithium exploration licences over environmental concerns, after thousands of people blocked roads in protest against the government’s backing of the $2.4-billion project. In the United States, authorities are stalling projects due to environmental concerns, notwithstanding that country’s need to secure strategic metals and reduce foreign dependence. The current U.S. administration recently rescinded an approved environmental impact statement for a mine in Arizona, after local community opposition.

Securing strategic metals is now being viewed as a matter of national security and corporate strategy. Governments are throwing in public money to help secure supplies of critical and strategic metals, as prices of raw materials skyrocket. On the corporate side, downstream users are seeking vertical integration to secure supplies, with an increased focus on localized supply and a reduced carbon footprint, and the market is seeing a flurry of new entrants eager to cash in. The amounts we’re talking about here, particularly for the big five transition metals, are in the billions, if not trillions of dollars over the next 10 years. This will no doubt fuel a wave of R&D and innovation, leveraging current technologies and paving the way for new ones.

The need to reduce the carbon emissions produced by global energy consumption is clear. But in an economy still powered by traditional energy sources, no one imagined it would be easy. The global energy transition will put pressure on critical metal supplies, feeding pricing pressures that could exacerbate current inflationary trends.

But opportunities abound for those companies and countries well-positioned to take advantage. This emerging challenge is also generating a wave of research and innovation around extending and optimizing battery life, recycling materials and alternative sources of energy. Throughout the course of human history, every major economic disruption has created new classes of winners. This one will be no different.

With special thanks this week to Joanna Zhong, quantitative analyst, EDC Economics.