Problem #1 seems to have shifted. Somehow, we have swiftly slid from a global obsession with the pandemic to managing the economic growth in its ever-present wake. Movement toward a widespread sense that herd immunity is imminent has allowed for a broad opening that’s as inconveniently early as overly punctual party guests. If recovery is what we all wanted, why has it caught us so flat-footed?

Simply put, it wasn’t expected, so we weren’t really prepared. Why? Firstly, hastily-prepared but very influential treatises on current conditions pre-concluded that recovery was going to be agonizingly slow. That was the premise for all the prescriptions in The Great Reset by Klaus Schwab and Thierry Malleret. The piece was quoted by one world leader after another in their joint efforts to not “waste a good crisis.” It essentially concluded that the world economy wouldn’t have the self-driven wherewithal to mount a meaningful comeback, and so was going to need a lot of help—not just immediately, but perpetually.

The message resonated well beyond the halls of power. Why? Well, a second reason for unpreparedness is that a sluggish recovery is what happened during the most recent economic crisis. The climb out of the global financial and economic crisis of 2008-2009 took almost a decade to recover—we were just getting there when the pandemic struck. Most were convinced that this was a “new normal” state, and hunkered down further to weather the weakness once again.

What was missed were the vastly different preconditions. Back then, there was a massive, multi-year, pre-recession bubble with an extensive global reach. Recession was overdue. This time, the opposite was true—if anything, there was a massive anti-bubble of pent-up demand created by the sluggish recovery we all wanted to leave behind. And this time, recession was a decision, not a market event.

Wait—what if massive stimulus is behind this, and rapid growth is really an illusion? A clever, but unconvincing thought. Last cycle, we also had a huge injection of both monetary and fiscal stimulus, but with far less uptake. Recall that back then, once stimulus peaked growth actually stagnated; there was very little uptake in the private economy. This time around, the economy took the boost and is now running on its own. Stimulus is working the way it was supposed to in the last go-around. 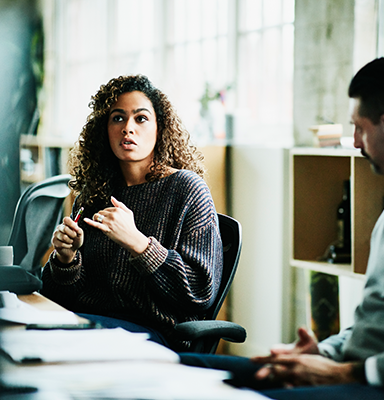 Clearly, companies weren’t ready for it. Consequently, we have supply chains in disarray, labour plans that are out of line with market needs, and investment plans miles behind what the capacity needs of the economy are presently. At its core, the current conundrum is a preparedness problem. And some of that stretches back to the post-global-financial-crisis presuppositions about the true state of the free-market economy.

Policy also had a preparedness problem. The V-shaped overall recovery was obfuscated by overreporting of whole industries, like tourism, air carriers, hospitality and the parts of retailing that fell into the chasm and have had a very hard time re-emerging. Sustained overall growth and the renaissance of the most beleaguered sectors now finds us with monetary policy that’s trying to catch up with inflation realities that have been around for months. Quantitative easing is being scaled back sooner than planned, and interest rate projections are being revised upward on an alarmingly frequent basis.

Conditions are convenient for a quiet withdrawal of fiscal stimulus, but that’s proving hard to do. While capacity is tight, the United States for one is barrelling on with heady infrastructure and other stimulus plans.

The path forward depends on getting this right. Business has to react fast enough to disentangle capacity snags before they dampen confidence in the economy. And policy needs to act, but not so fast as to trip up nascent strong growth. Looks like between the two camps, surgical precision and a good dose of luck would be really helpful.

We often presuppose that if growth is there, we can handle it. Not so today; there’s a capacity grab underway at the moment that could really distort things if we’re not careful. Fundamentals suggest that growth is on a solid foundation. However, cracks could start to show if we’re not careful. The economy has a great way of self-correcting in current conditions—but that pre-supposes that the actors—all of us—understand the script.