If nothing else, talk of recession and depressed demand have brought temporary relief to out-of-control food prices. Since May, the agriculture component of the Bank of Canada’s Commodity Price Index is down 12.5%. This is no doubt a welcomed development for food importers, who count among their ranks some of the world’s poorest developing nations. But it may be premature to declare victory over the global food crisis. As pressures on these vital supplies persist, is there a role for Canada to play?

When the pandemic hit, food demand shifted from restaurants and the hospitality sector to online shopping and visits to the grocery store, reorienting food supply chains. As we emerged from pandemic-induced lockdowns, and demand for eating out and other services surged, production bottlenecks held food supplies back from catching up.

The Russian invasion of Ukraine only further exacerbated these imbalances, as did poor weather conditions in key crop-producing countries, causing prices to surge 80% on pre-COVID-19 levels. The war also hit the price of critical inputs, such as fertilizers and diesel, forcing agricultural producers to pass these costs on to consumers. The World Bank’s fertilizer price index has more than tripled since before the pandemic.

While the United Nations-brokered deal to get millions of tonnes of stranded grains and fertilizers out of Ukraine’s Black Sea ports could provide some relief, in addition to increased production elsewhere, these developments don’t signal an end to the food crisis. There are also very real concerns around the fragility of the ceasefire. 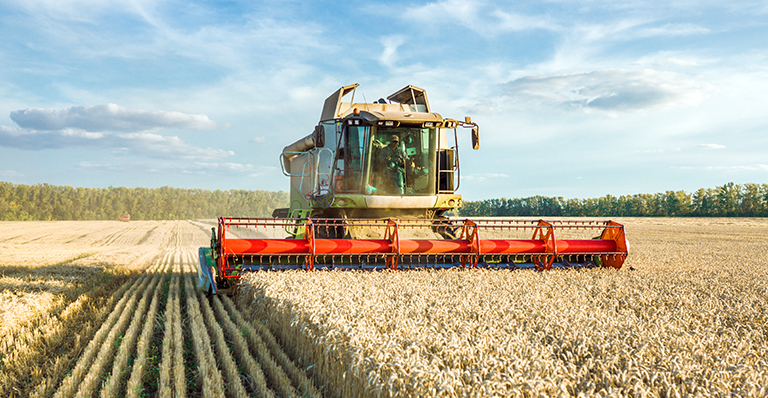 From food, energy and autos, this report covers the opportunities and risks to Canadian companies.

Looking ahead, damage to agricultural lands and the displacement of labour in both Russia and Ukraine has almost certainly disrupted planting for next year. And as the harvest gets underway in this critical breadbasket, those still unable to ship their crops this year will have a hard time financing production next season, especially if input costs remain at elevated levels. This will further disrupt 2023 yields and prices for grains and oilseeds.

Russia and Ukraine are among the world’s top food suppliers, accounting for sizable shares of global wheat, barley and corn exports. Several countries across Eastern Europe, Africa, Asia and the Middle East are highly dependent on the two markets for these staples. Many countries are now also seeing their currencies weaken, further raising the costs of imports.

Egypt, Turkey, China, Indonesia and the Netherlands are the top buyers of Russian and Ukrainian wheat. For Egypt and Turkey, Russia and Ukraine supply more than 50% of their wheat imports. Egypt has again had to appeal to the International Monetary Fund (IMF) for aid, while inflation in Turkey threatens to criple demand there. In fact, there are 25 countries that depend on Russia and Ukraine for more than half of their wheat supplies, presenting an enormous vulnerability for those countries.

Even countries not directly exposed are feeling the pain of higher food costs. Elevated food prices are a key pressure point for many less-developed countries, where household spending on these staples account for a larger share of total income. As the world treads dangerously close to a global food crisis, and incumbent regimes struggle to contain the impacts, prospects for social unrest are on the rise.

A world leader in the export of canola, linseed, wheat and barley, Canada has a role to play in helping to fill the void left by recent disruptions, as highlighted in the inaugural edition of our Sectors in focus publication. On the ag-nutrient side, Canada is the world’s top exporter of potash, supplying 39% of all global potash exports. This accounts for a greater share than the combined exports of Russia and Belarus, which together supply 37% of global potash demand.

The Jensen mine, a new plant currently under construction in Saskatchewan, is expected to add eight million tonnes per year to Canada’s production capacity. This will make it the largest potash mine in the world, accounting for approximately 15% of current global supply. Another 1.8-million-tonne mine in New Brunswick, which was shuttered in 2016, is also now economically viable, under current market conditions, and can easily be brought back into production as well.

Canada is also the fifth-largest exporter of nitrogen-based fertilizers, accounting for 3.5% of global exports, compared to Belarus and Russia’s combined share of 20%. Over the medium term, Canada can make gains by expanding capacity, in order to make up for the global shortfall left by the two countries. This US$21 billion opportunity presents huge potential for Canada to establish itself as a reliable nitrogen-based fertilizers exporter, given that we’re endowed with large deposits of natural gas.

The impacts of COVID-19-induced supply chain disruptions and changing climate patterns brought global food insecurity to crisis levels. According to The State of Food Security and Nutrition in the World (SOFI) report, the number of people affected by hunger globally rose to 828 million in 2021, an increase of 150 million since before the pandemic. Vladimir Putin’s war on Ukraine has only made matters worse. But Canada’s agriculture industry, endowed with the resources, the know-how and the right technologies, can play a vital role in helping to turn things around. This would require the right investment in both our export infrastructure and production capacity.

This week, a very special thanks to Prince Owusu, senior economist in our Economic and Political Intelligence Centre.

This topic for this commentary comes from Charles Potts of Brandon, Man.