In my March 17 column, I talked about inflation and the fine line central bankers need to walk between managing prices and maintaining financial market stability. One of the key drivers of inflation these days are the imbalances in labour markets across many countries.

Tight employment conditions are forcing businesses to up the ante, in their efforts to attract the critical talent to meet growing customer demand, putting upward pressure on salaries, wages and benefits. Where have all the workers gone? And what does this apparent shortage tell us about future labour market dynamics?

In Canada, employment continued to climb above pre-pandemic levels in February, and the unemployment rate fell below the February 2020 mark, to a 31-month low of 5.5%. Meanwhile, labour force participation hovered around the rates achieved before COVID-19.

The data suggests that COVID-19 continues to reverberate through the Canadian labour force, keeping older Canadians out of the jobs market. Despite being vaccinated at the highest rates across all provinces, older Canadians are still wary of going back to work.

In light of the liquidity-fuelled runup in asset prices since the end of the global financial crisis, and particularly over the last two years, the strong wealth effect experienced by many of these workers has made them significantly better off, reducing the need to return to the labour force.

In the United States, the labour market has witnessed a similar dynamic, as well as a few additional ones, further exacerbating labour market tensions. According to the St. Louis Federal Reserve, by October 2021 there were 3.3 million more retired people in the U.S., compared to January 2020, an unusually large increase of about 7%. The increase was largely driven by people over the age of 65, as retirements for people between 55 and 64 was mostly flat.

In its work, the St. Louis Fed pointed to health concerns resulting from the pandemic, as well as wealth effects, as the main underlying causes. They found that, when adjusting for inflation and population growth, average net worth jumped 12% and 15%, respectively, among households with a head of household aged 55 to 69 and 70 and older. The predominately private pension system in the U.S. also supports more flexible retirement timing, likely contributing to higher post-pandemic rates of retirements. 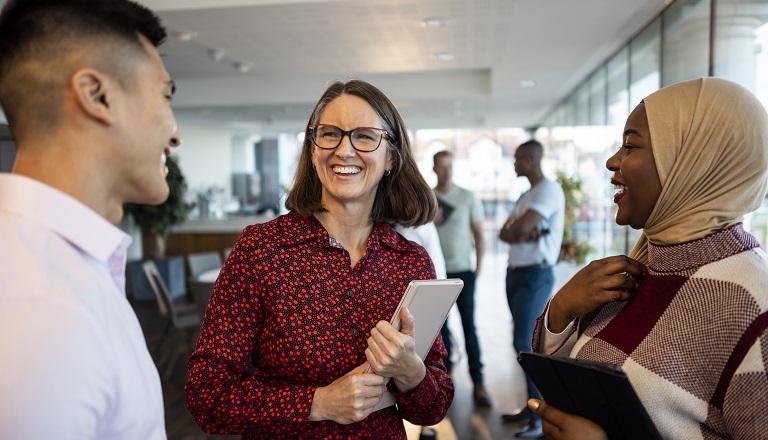 Other surveys suggest that U.S. households have had higher levels of health anxiety, as a result of relatively less generous health care and childcare social safety net systems. Accordingly, the number of Americans who report not wanting a job has jumped by almost four million over the course of the pandemic, with more than 60% of that increase being driven by those aged 55 and up.

Another issue facing the U.S. is the impact of tighter immigration rules and a more precipitous decline in immigration due to COVID-19. A Tufts University study found that relative to fiscal year 2020, there was a 45% decrease of immigrant visas and a 54% decrease of non-immigrant visas awarded in the U.S. in 2021. The authors found that by the end of last year, the number of foreign-born people of working age was still below 2019 levels, and two million short of the level it would have achieved, if the 2010-2019 trend had continued.

The U.S. pandemic response also relied more heavily on unemployment insurance rather than furlough schemes. This policy distinction had the effect of reducing job attachment. According to the Organisation for Economic Co-operation and Development (OECD), furlough schemes—such as government subsidies to keep workers paid—covered about 25% of employees in Canada. These packages were longer-lasting and more generous than the corresponding Paycheck Protection Program in the U.S.

The COVID-19 experience of the last two years has hastened the exit of many older workers from the labour market, relative to a typical economic recovery. This has constrained companies’ abilities to meet growing customer demand, as restrictions ease and consumers normalize their spending patterns. Central bankers will have to keep a close eye on the impacts of wage pressures on headline inflation.

Policymakers may also be getting a sneak peek of the challenges to come, as many developed economies, and even some developing economies, start to feel the pinch of rapidly aging populations. In preparation, business and government has to start thinking more creatively about solutions before it’s too late.

With special thanks this week to Ross Prusakowski, director of EDC’s Economic and Political Intelligence Centre.