As Canada celebrates National Indigenous History Month, Jenn Harper will be doing what comes naturally: Giving back to the Indigenous community by donating proceeds from the sale of her cosmetics.

In 2016, Harper launched Cheekbone Beauty, Canada’s first Indigenous makeup company. To honour her Anishinaabe roots, she wanted to create a space in the beauty industry where Indigenous youth and women felt represented and empowered.

Since 2009, the month of June has been dedicated to recognizing and learning more about the rich history, heritage, resilience and diversity of First Nations, Inuit and Métis peoples across Canada.

This year, Harper is partnering with cosmetics retailer, Sephora Canada, on a national campaign called #GlossedOver. All Sephora sales of Cheekbone Beauty products in June will go to Water First, a charitable organization that works to bring clean water to Indigenous communities in Canada.

As of January 2022, about 94—one in six— First Nations communities in Canada don’t have access to clean water, according to Water First.

“Being able to give back to the community and serving as a role model for Indigenous youth was part of the reason Cheekbone Beauty was founded,” says the award-winning entrepreneur, who recently won top honours for her leadership in business from Indspire, a national charity that invests in the education of First Nations, Inuit and Métis peoples.

“Cheekbone has made donations upwards of $150,000 to support Indigenous women and youth. This is important because Indigenous culture suggests that success is not determined by the amount of money that is made, but by how you impact your community,” says Harper, who started her online direct-to-consumer business to champion inclusion and diversity in the beauty industry.

“Giving back is part of the brand foundation, and I only wanted to do this if I could somehow support others,” says the mother of two. 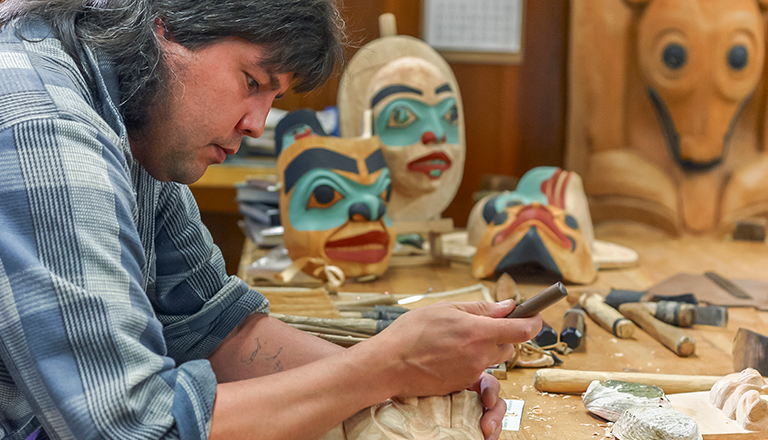 Learn how to build a global Indigenous brand identity to help your company thrive internationally.

“In Indigenous culture, our teachings place a particular emphasis on the beauty of nature. Our products are formulated using clean, raw ingredients and are implementing reusable components. This has all been achievable through the use of our in-house lab and sustainable packaging,” says Harper, who has a full-time chemist on staff to develop her cosmetics.

“Innovation is at the heart of everything that we do, so it only made sense for us to have an in-house lab. It enables us to marry Indigenous wisdom with western science to create the best formulas possible.”

Bringing a new face to cosmetics

“Some of the biggest hurdles of being an Indigenous entrepreneur and a woman-owned business is the lack of representation of people who look like me in mass media and pop culture,” says Harper, who was raised by her Caucasian mother, but reconnected with her Indigenous father and relatives as an adult.

For much of her life, she struggled with identity issues and openly talks about overcoming alcoholism and the pain of her brother’s suicide. But finding out in 2015 that her grandmother had suffered at the hands of the Canadian Indian residential school system was the catalyst for her online business.

“Indigenous culture is at the forefront of Cheekbone. I have had to overcome my personal issues to remain successful in the space of beauty and business, which doesn’t always represent me and other Indigenous people.” 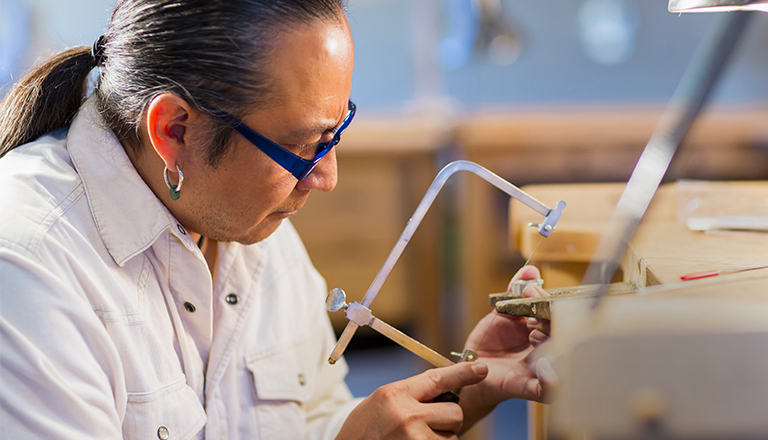 Webinar
How Indigenous companies can get support for exporting

What started as a small home business in St. Catharines, ON, has now grown into a global brand, despite the challenges of COVID-19 over the past two years. Harper credits her partnership with Sephora in 2020 and an international advertising campaign last year with catapulting her company beyond borders.

“In order to stand out from the competition, especially considering the growth of e-commerce selling, we found funding and advertising to be key players in our success during the pandemic,” says Harper.

A year ago, Cheekbone Beauty and their creative agency, Sid Lee, won the first-ever Inclusivity, Diversity, and Equality in Advertising (IDEA) competition held in partnership with Bell Media.

“By winning, we were granted a large sum of money towards ad space,” says Harper of the $1-million windfall. “By advertising, we were able to reach a larger global audience, especially young Indigenous people.”

The company recently received B Corp certification for its responsible and sustainable business practices, which Harper says strengthens her company’s reputation.

“It’s important for customers to know because it shows our commitment to the environment and our employees,” says the proud businesswoman. “Customer knowledge of our certification builds additional trust between our brand and the customer—it proves that we are doing what we say we are doing.”

Expanding into the United States is top of mind for Harper, but that’s only the beginning.

“In terms of other international markets, New Zealand, Australia and South America would be great working opportunities for Cheekbone due to their large Indigenous communities and supporting their raw goods and supplies,” says Harper, who is grateful to Export Development Canada (EDC) for providing resources and information to prepare her for exporting and help mitigate risks.

But she’s quick to point out that one aspect of her business will always remain constant.

“Our vision and mission will never change, which is helping every Indigenous kid on the planet see and feel their value in the world.”