These tips come directly from EDC’s comprehensive guide, Trade shows and you, to help you get the most out of your trade show strategy—at every stage of the event.

Whether you’re an experienced exporter or just starting out, trade shows can be an important part of your business strategy. Making face-to-face connections with potential customers, suppliers or partners can help you expand into new markets, increase your sales and raise your company profile.

But with limited budgets and only so many hours in the day, how do you identify the trade show that will give you the best bang for your buck? Here are tips from Export Development Canada’s comprehensive guide, Trade shows and you, to help you get the most out of your trade show investment—at every stage of the event.

Identify which trade show to attend

As you look for the trade shows that are most relevant to your company’s industry and market, consider variables such as location, costs to participate, and how each event fits into your marketing strategy and business plan. You should make your selections as far ahead as possible to give yourself time to apply for grants and other government funding.

Start your research with trade associations and publications relevant to your sector, as well as chambers of commerce, visitors’ bureaus and convention centres. You can also check for sector-specific trade events at home or abroad with the Canadian Trade Commissioner Service (TCS) and on websites dedicated to the trade show industry such as the ones below:

Keep in mind that it’s ok to just be an observer at a trade show and not have an exhibit, says Gwenaële Montagner, senior director of international trade development at World Trade Centre Toronto. “One of the main purposes of attending a trade show is to gather market intelligence, especially if you’re a new industry player,” she says. You’ll also benefit from scoping out the competition, making face-to-face connections and meeting industry stakeholders.

One of the main purposes of attending a trade show is to gather market intelligence, especially if you’re a new industry player.

After you choose the show that’s the best fit for you, you’ll need to build a plan for meeting all of your objectives. This should include a timeline for all stages of the process, from applying for government grants, booking exhibit space and ordering promotional materials, to selecting the team to staff the show and following up on leads afterwards. Start your preparations as soon as the brochure for the show is released.

The costs associated with attending a trade show vary, according to its location, but can be expensive even in local settings. In addition to registration fees and the costs of exhibit space, you’ll also need to factor in associated show services, marketing and promotions, relevant staff training, travel and hospitality expenses. If you’re attending a show abroad, you’ll need to budget for items such as translation of your materials, travel visas and permits for moving your equipment through customs, associated shipping costs and the services of an interpreter, if needed.

Pay careful attention to hidden costs: If something isn’t mentioned in the booth package, it probably means it isn’t included. That includes services such as cleaning/vacuuming the booth after hours, emptying garbage, and even access to electrical plugs. To help offset those costs, give yourself enough time to research and apply for government grants. “Getting a funding application through could take between three weeks to three months, depending on the organization,” says Montagner. “There are also companies who specialize in doing this for you for a percentage fee.”

Some potential avenues for financial assistance include the CanExport program and the Trade Commisioner Service’s Business Women in International Trade program.

Your trade show team will play the essential roles of promoting your company and identifying and following up on leads. You should never go to a trade show alone, says Montagner. At minimum, your team should consist of two senior staff; ideally, one in technical support and another dedicated to sales. They should be trained on company objectives, be familiar with the product line and be able to communicate its benefits in 30 seconds or less. Keep in mind that both reps don’t have to come from Canada and one could include the company’s local distributor or agent.

You may also choose to partner with an organization that takes trade missions abroad. “They often have booths one can share at a lower cost. Some large organizations, like the World Trade Centre Toronto, organize highly curated missions where participating companies have selected meetings already set before hitting the ground,” says Montagner.

Those missions are often extremely effective at finding the right on-the-ground partners, she says. “In some countries such as China where the political environment is very strong, joining a mission led by a Canadian minister or mayor can have significant advantages.”

Your exhibit gives visitors a first impression of your company, so it should be clear and visible, engaging and ideally interactive. Depending on your budget, you may choose to rent a generic exhibit, have one custom-made or purchase a pre-built module that can be assembled onsite. If you see an exhibit you like at a trade show, try following up with the firm that built it.

Make sure to send any samples or booth material at least two weeks prior to the show. “I have seen many companies arriving at the show with their booth stuck at customs, only to get it in their hands when the show is over,” says Montagner.

I have seen many companies arriving at the show with their booth stuck at customs, only to get it in their hands when the show is over.

Videos and product displays are a great way to show visitors what your company is about. Press kits and company literature, including product catalogues and price lists, are important marketing tools that can be sent to potential clients ahead of the show. Make sure to budget enough time for translation if you’re attending a show in an international market.

Montagner advises companies to avoid handing out printed material at the booth. “Most people will take it just so they don’t offend you and then throw it away as soon as they are out of sight,” she says. “It’s a waste of money. Remember, most people travel and do not want excess luggage. Give away USB keys with loaded presentations and instruction manuals instead.”

One month before the trade show, get the list of attendees and highlight those you want to meet. “The key is to engage with them before you get to the show,” says Montagner, who has 25 years of international business experience  “Make sure to get a hold of the right people as those who attend the show may not be the decision-makers.”

The show is a time for market research, qualifying leads, scoping out your competition and developing your knowledge base, says Montagner. “Simply sitting at your booth is not conducive to interacting with people,” she says. “One staff member could stay there to carry out product demos and answer questions, but the other should be proactively scouting, walking towards people and shaking hands, asking them what they’re interested in and setting up more meetings during and after the show.”

In some cases, getting several meetings with a potential customer could mean closing a sale while still at the show. “If you meet them once, you only have a 1% chance of making a sale,” she says. “That goes up to 80% after five or more contacts, including emails and phone calls.”

Make sure to stay at least one or two days after the show to follow up with your A-level leads, Montagner advises. These are the connections you’ve made with highly qualified decision-makers with a strong intent to purchase your product or service within 90 days.

“The chances of those leads turning into sales are much higher if you continue the discussions at potential customers’ offices or factories. By that point, you already know there is a mutual interest,” she says.

Don’t wait longer than a week after you get back to the office to follow up on B- and C-level leads, she cautions. These leads might have a strong interest in your product but no intent to purchase within 90 days, or even at all due to variables such as poor timing or budget restrictions. However, you may choose to keep them on your list due to their potential to be financially promising in the future.

“Guaranteed, the majority of them will have forgotten about you after a week has passed. They will be catching up on all the work that fell off the table while they were away. Following up with them when they are still in trade show mode means they are much more likely to get back to you.” 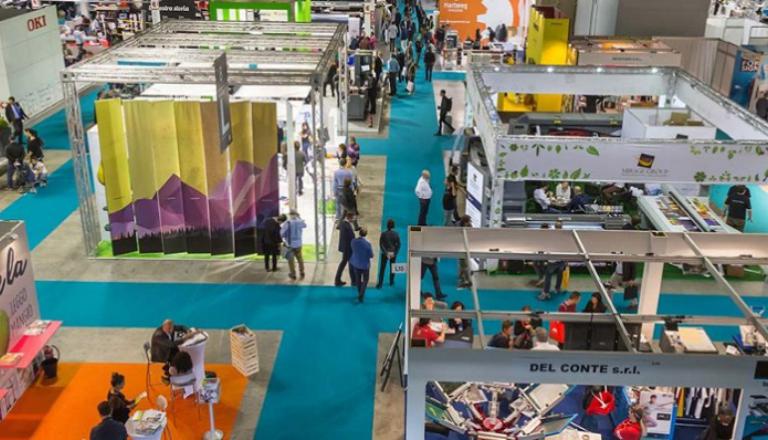 How to Get the Most from Your Trade Show Investment

Learn how wisely selecting and preparing for trade shows can help you enter new markets, increase sales, and increase awareness of your company.