This Q&A with Senior Economist, Ross Prusakowski, is the second in a three-part series that explores how economic forecasts can help you make future investment decisions for your business. Global growth is back and Canada is leading the developed world.

Global growth is back.

That’s the message in EDC’s recent fall Global Economic Outlook. The 3.6 per cent global growth projection this year, followed by an additional 3.8 per cent next, signals the end of what has been labeled a “start-and-stop” recovery and ushers in a new era of synchronized global growth not seen in the last decade.

Developing markets like India and China are leading the way with almost triple the growth of developed economies like the U.S., which is starting to gain momentum and will grow by 2.1 per cent this year and 2.7 next. Overall, emerging markets will outpace developed countries in the current global economy growth trajectory.

The good news is that the Canadian economy’s growth of 3.1 per cent this year, leads the developed world.

“In terms of our Global Economic Outlook, we see that world economic prospects are improving,” says EDC Senior Economist Ross Prusakowski. “For Canadian exporters, it’s really a positive sign that global demand is strengthening which means there is a growing market for their products.”

There are many variables that are taken into consideration when developing an economic forecast including some what-if scenarios. We talked to Prusakowski about the timely issues and indicators that could impact the forecast and ultimately, business decisions in the near future.

What’s the important message in the forecast in terms of the current global economy?

In terms of the forecast, a broad-based global economic expansion is continuing and gaining momentum. We’ve seen signs of strength since early in the year and that’s carrying through our forecast for the coming year. Compared to when we released the Spring forecast, a large number of the economies have seen their forecasts positively revised because the economic momentum has continued to build globally.

It’s been a long road to economic recovery. Are there any particular signals coming out of the U.S.?

A lot of excess capacity was built up in the boom prior to the Great Recession. After a prolonged period of whittling down the excess, the U.S. has now reached a point in time where underlying growth is starting to put pressure on companies to expand capacity. The strong run of growth coming from the U.S. labour market is translating into stronger wages and we expect that will translate into demand in a number of areas including housing, automobiles and other key segments. We’re expecting this growth to continue and as the businesses hit their limits, they’re either going to need to invest in expanding domestic production, or importing more to backfill where there’s a gap in its own domestic production.

Recently, there have been many natural events including damaging hurricanes in the Caribbean and the U.S., as well as major earthquake in Mexico. How can natural events impact future business decisions?

It depends to a large degree on the nature of the event and the size of the country impacted. For a big country like the United States, you’ll see some temporary softness in economic data and demand as the event affects demand. However, the persistence of the effect generally isn’t very long and you’ll see demand and growth opportunities come back relatively quickly. So, generally when we talk about big economies, they can have a lot of resilience to natural disasters and one-time shocks whether that’s an earthquake or a hurricane. It’s really smaller markets, in terms of population or in terms of the economy, where there is a bit more susceptibility and persistence in the effects.

In smaller countries, like parts of the Caribbean that were hit pretty hard by hurricanes this Fall, it’s going to have a pretty significant effect on the economies and on their industrial base. So, you’re going to see a pretty significant impact on their growth data and their economic performance for longer periods. Growth will return, because ultimately much what’s what has been destroyed in a hurricane will need to be replaced. However, that can take some time because the events can damage key pieces of infrastructure and really constrain government capacity which is important to support rebuilding.

In all countries, following a natural disaster, there is obviously a rebuilding phase and as it continues, you’ll see a major demand for building materials, information and communication technology and power equipment and supplies. Many countries will need that support and don’t have that excess capacity lying around.

In the forecast, there’s mention of geopolitical risks. How do ongoing risks potentially impact business conditions?

Our forecast represents what we consider to be our baseline which means that it has more than a 50 per cent probability. But we are, of course, aware and do consider the implications of political risk and the potential alternative scenarios we might see.

In fact, another report that the EDC economic team produces, as part of its Country Risk Quarterly, is our list of Top 10 Risks that could impact our forecast. In the latest edition, we highlighted conflict on the Korean peninsula as one of the risks, for example, along with U.S. political paralysis. They’re key risks to our forecast and the global business environment.

But where’s there’s risk, there’s opportunity. That’s where EDC can help by providing support and knowledge to help companies make better decisions as we see markets and risks evolve. There are also opportunities to mitigate risks and seize benefits if companies take risks that others won’t.

The Bank of Canada recently increased interest rates. What is important to consider about the banking sector?

What we’re seeing, and what our Global Economic Outlook forecast expects to continue, is a normalization of interest rates in key sections of the global economy. We’ve seen, for example, that in the United States, the Federal Reserve has been consistently moving toward higher interest rates and winding down its program of extraordinary monetary policy. While in Canada, the Bank of Canada raised interest rates in July for first time in seven years and then followed that up with another increase in September.

As a result, we’re going to see a changing interest rate and credit environment that companies really haven’t seen since before the Great Recession. That’s going to lead to increases in the cost of borrowing and that’s obviously going to impact investment decisions.

In terms of fiscal policy, we’re expecting to see a continuation of a pattern that we’ve seen from most governments over the last few years. With a few key exceptions, we don’t expect to see extensive austerity or stimulus programs rolled out.

The one key exception is likely to be China where they’re attempting to make a switch from an export-led economy to a consumer-led economy. To help manage this, China’s government has been providing stimulus and debt support to help their economy.

What’s one piece of advice you would give to businesses today?

While there’s a lot of volatility in the world today—whether it’s coming from natural disasters, political risks and uncertainties or increasing interest rates—there’s also a lot of opportunity. The strong, synchronized global growth we’re forecasting means there will be a lot of demand coming from around the world for those able to handle the risks.

Economic forecast view of where global economy is headed 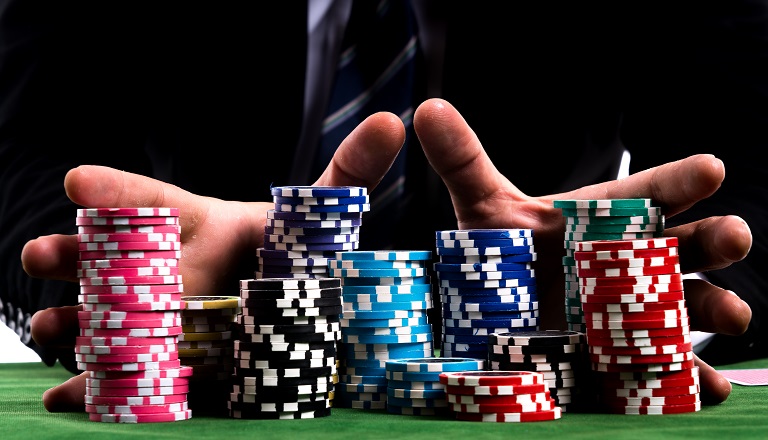