Export Development Canada (EDC) has been working with Hortau to help export smart irrigation systems since the company started looking at selling to the United States. Hortau has used EDC services throughout its export journey, including support for loan guarantees, credit insurance and other products. In 2018, EDC also made a $7 million equity investment in the company.

Hortau began working on better agricultural irrigation systems in 2002, at a time when droughts and water management were still seen as “regional” issues that most farmers would never need to worry about.  Sixteen years later, water management has been confirmed as a worldwide concern and Hortau’s web-based irrigation management technology has become the right product at the right time.

Using mobile software, Hortau’s patented smart irrigation management system shows growers how their crops are faring in real time, allowing them to irrigate or adjust practices before stresses like drought or lack of aeration can have a negative impact on the crop.  The company’s software collects soil data on an ongoing basis, providing farmers with information that can help them anticipate crop stress, optimize the growth of their crops, and save money on key agricultural cost inputs like water, energy and soil nutrients.

“Hortau began slowly because a lot of the technology we needed wasn’t ready for use yet, but we knew it would come. When demand for smart irrigation began to take off in 2009, we were ready to go,” says Jocelyn Boudreau, the company’s CEO. “Our first sales were to Québec berry producers, but we realized how important the U.S. market would be and started exporting very quickly. Our biggest market now is California, which is also the largest producer of specialty ag produce in the world.”

Mr. Boudreau moved his family to California to stay in touch with the needs of customers in the company’s major market. In the future, he sees Hortau evolving past the model of selling “equipment” to farmers, to offering a suite of agricultural information services on a monthly subscription. They may use a similar approach in Europe and Asia, where they plan to enter the markets through sales channels rather than directly.

Whatever direction the company takes, Boudreau sees EDC as a key part of its plans.

“In 2018, EDC gave us a real boost by investing $7 million in our growth, but they have also supported us since the beginning with loan guarantees, credit insurance and more.  Once, we needed to set up a rent-to-own program and when they didn’t have an existing product that would help, they piloted a new program for us,” Boudreau says. “I think any company with a clean technology it wants to export should get in touch with EDC as early in the process as possible.”

By conserving agricultural water resources, Hortau is improving the sustainability of the North American food supply and bringing jobs and economic opportunities to Canadians. For this success, EDC is pleased to recognize them as one of Canada’s “Cleantech Export Stars”.

P&P Optica: Cleantech’s “One to Watch” 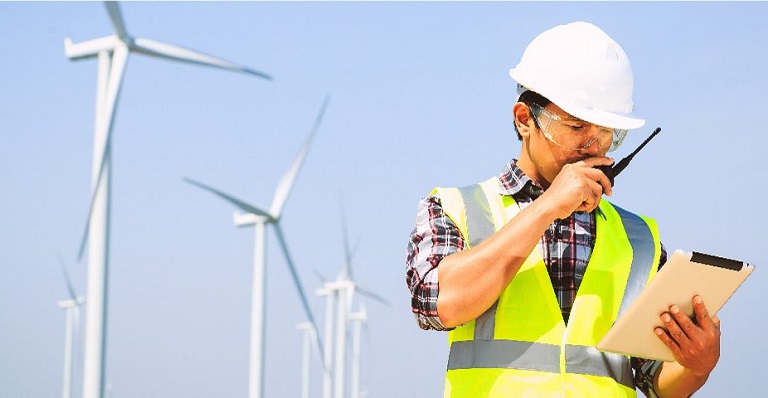 Clean Up with Cleantech Exports

The global cleantech industry is expected to grow to $2.5 trillion by 2022. The time for Canadian companies to seize these opportunities is now. Here’s how.