You’re ready to reap the benefits of diversifying to other markets, and the best place to begin is with Canada’s free trade agreements (FTAs) with other countries.

We are traders by nature. But the bulk of our exports have historically been destined to one single market—the U.S.

“Canada is a trading nation. We are .5 per cent of the world population and represent about 2.3 percent of world trade,” said International Trade Minister Francois-Philippe Champagne during a March interview with Politico in Chile.

Today, that economic partnership has grown into the most unique and largest bilateral relationship in the world with two-way trade accounting for $690 billion or $2.4 billion each day.

Canada is America’s biggest customer. Last year we purchased US$338 billion in goods and services. That means we buy more from the U.S. than any other nation including all of the 28 countries in the European Union. We are also the top export destination for 35 U.S. states.

However, a growing number of Canadian companies—caught in the fallout from the Great Recession—caused by the financial crisis in the U.S.  from 2007 to 2010 and resulting in a 30 per cent hit to the Canadian export market—are looking beyond the 49th parallel for new market opportunities around the globe.

“Companies that diversify markets reduce their vulnerability to regional economic downturns or the effects of natural business cycles,” Winterhalt says.  “Products that are on the downside of the natural sales curve in one market may quickly take off in another where it has not been available previously.”

When looking to diversify export destinations, a natural place to begin is by looking at countries where Canada has signed free trade agreements (FTAs).  In total, Canada has 11 FTA agreements with 15 countries.

What’s the benefit of an FTA?

Eliminating barriers and creating new opportunities.  Tariff elimination may be the main goal, but agreements can extend into other areas and cover non-tariff barriers including quotas, product standards, labour and intellectual property.

According to Prime Minister Justin Trudeau, “Trade that is free and fair means less hold up and less red tape at our borders for international transactions.”

Trade that is free and fair means less hold up and less red tape at our borders for international transactions.

Making it easier to do business in another country is good news for Canadian companies. The key is figuring out how to leverage the agreement in the partner country to your advantage.

Many FTAs create a level playing field for companies in both countries. For example, selling aerospace industrial goods in the South Korean market before the Canada-Korea Free Trade Agreement (CKTFA) came into force in 2015, would mean that your goods would be subject to a tariff.

Other benefits of an FTA include:

Streamlining of customs procedures, which will reduce your costs of doing business.

Allowing you to bid on government contracts in the partner country.

An FTA is just one factor to consider when looking at selling to a new market. The most important indicator is whether or not that market is a good fit for your business. And that decision is a result of market research such as finding out whether there are potential customers for what you’re offering, if there are local businesses you can partner with and what your best entry strategy might be.

Many Canadian companies are actively pursuing this strategy. A recent study by Toronto-based trade services firm Livingston International shows the number of businesses leveraging two or more trade agreements in the next 12-24 months will increase by 63 per cent, with the biggest growth in trade with the EU.

When looking to diversify export destinations, a natural place to begin is by looking at countries where Canada has signed free trade agreements (FTAs). In total, Canada has 11 FTA agreements with 15 countries.

It’s been hailed the “Wayne Gretzky of trade deals” and The Canada-European Union (EU) Comprehensive Economic and Trade Agreement (CETA) will give Canadian companies access to a market of more than 500 million.  When it comes into force expected this summer, 98 per cent of all tariffs between Canada and the EU block will be eliminated.

Overall, CETA translates into the world’s second-largest market and presents ample opportunity for companies looking to diversify their markets. And the agreement is not solely about tariffs – it delves into harmonization of regulations and the recognition of qualifications and standards, earning it the moniker of the “blueprint for future trade deals.”

However, like with any FTA, Canadian companies have to remember the removal of tariffs translates into more competition in the Canadian domestic market as well. Despite the uncertainty south of the border, many EU-based companies will be looking at Canada as a possible vehicle to tap into supply chains In the U.S.

The opportunities CETA creates will also pose new challenges and force many businesses to grapple with complexities that simply don’t exist in the U.S. market.

Here are four considerations for Canadian businesses looking to take advantage of CETA. 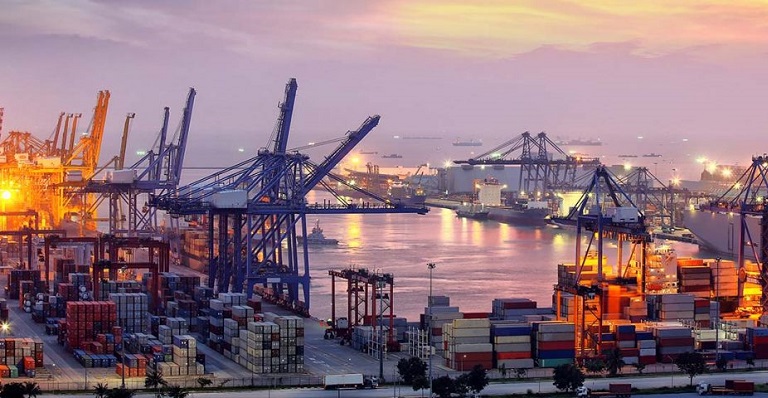 Diversifying Your Market, One Step at a Time

The 2008 downturn of the U.S. economy taught Canadian exporters an important lesson: putting all your eggs into one market puts your business at risk. In fact, many experts now consider diversifying into multiple markets to be a necessity for business survival. Diversifying Your Market, One Step at a Time gets you started by showing you the many benefits of diversification, how to ensure your company is ready, and five strategic ways to break into a new market.