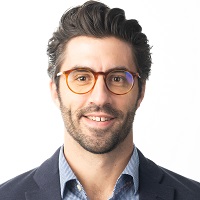 When I talk to people running small and medium-sized companies, they often tell me they’d like to get into the Chinese e-commerce market, but they have no idea where to start.

China’s e-Commerce market is the largest in the world and growing fast. It accounts for more than 40 per cent of total global e-Commerce spending and is projected to reach US$1.6-trillion within the next two years. Canadian companies looking to start or expand exports to China should consider the opportunities to develop their e-commerce capabilities and to tap into a market that is forecast to reach 650 million active online consumers in 2018.

After a slow start relative to other major economies, including the U.S. and the UK, Canadian companies are embracing e-commerce. Canada’s domestic market is strong; it is estimated that there will be 20 million digital Canadian buyers who will spend $50-billion annually online by 2020, representing 10 per cent of all retail purchases in Canada.

But competition at home is stiff. Major international retailers like Walmart, Costco and Best Buy have responded to competition from Amazon and invested in digital platforms to tap into Canada’s growing online consumer demand. In fact, only two of the top 10 online shopping sites used by Canadians – Chapters/Indigo and The Source – are Canadian retail companies.

As international competition expands into the domestic market, however, an increasing number of Canadian retailers of all sizes are recognizing the benefits of expanding online into international markets like China.

A big question for Canadian retailers is how to apply their home-grown e-commerce expertise to a massive market like China. There’s no doubt that Canada has close trade ties with China, as evidenced by the $19.4-billion worth of Canadian merchandise exported annually, making the country one of Canada’s top five export destinations. However, breaking into the Chinese e-commerce market calls for a different approach and careful consideration of the risks and rewards.

On the one hand, some Canadian companies, particularly SMEs who may have struggled in the past to gain a foothold in China, could find e-commerce an easier route into the Chinese market than traditional channels that can be fragmented and not exporter friendly. Canada’s Trade Commissioner Service (TCS) says using e-commerce as the channel to export to China from Canada provides customers with an abundance of choice, accessibility, easily-managed returns (not prevalent in other channels in China), and confidence in vendors at a clear price point.

The TCS points out that millions of Chinese are now purchasing foreign products, and Canada’s high-quality goods and services are in demand, in part because concerns about the safety of domestic products have pushed consumers to look abroad for brands with a strong reputation and a focus on quality. Demand is strongest in areas such as high-quality foods, natural alternatives to artificial products, cosmetics, healthcare and baby/maternity products.

But on the other hand, Chinese government policies regulating the marketplace are extensive, complicated and prone to change without notice, and there are valid concerns about the protection of intellectual property. The Chinese e-commerce market is also extremely competitive, so choosing the right platform could be crucial

One option for Canadian companies is to use their own independent websites to sell directly to Chinese consumers. However, e-commerce in China is ruled by the marketplace model (see below), and websites established by independent merchants are primarily used as marketing tools.

A better option may be to sell through cross-border marketplaces such as Alibaba’s Tmall Global and JD.com Worldwide. e-commerce in China is dominated by domestic marketplace platforms: Alibaba’s Tmall and JD.com hold 51 per cent and 33 per cent of the market share respectively, with the balance being split among several smaller companies, none of which has more than 3.2 per cent market share. Tmall, JD, Kaola and VIP.com operate through a hypermarket (B2B2C) and/or online mall model (B2C).

A major benefit to Alibaba’s Tmall Global and JD.com Worldwide is that they allow international companies without Chinese business licenses to sell their products more easily and conveniently in China’s market. The cross-border online malls are a lower-risk approach to entering the market and require relatively little investment from the foreign company.

Several Canadian brands, including Aldo, Lululemon and Clearwater Seafood, already use Alibaba’s marketplace platforms to sell to consumers and businesses in China, and Alibaba is actively encouraging more to do so.

Order fulfillment can be by direct mail or through stored inventory in a bonded warehouse in one of the cross-border e-commerce free trade zones, which have been set up by the Chinese government across the country over the past five years.

The Chinese e-commerce market is too big and growing too fast to ignore, but Canadian companies need to have a clear understanding of the risks and rewards before committing resources to entry or expansion. They need an objective and a strategy to achieve it, and they need to learn about brand awareness and marketing in China. EDC and the Trade Commissioner Service are good places to start.

Webinar - How to Grow your E-Commerce Sales: Crossing Digital Borders

Join our expert panel as they discuss the ins and outs of exploring new e-commerce markets.