I recently participated in a webinar that focused on helping Canadian businesses sell to China. I urge you to watch the webinar in full to benefit from the advice offered by my esteemed colleagues on the panel.

In addition to having experienced enormous urban growth, China has the fastest growing middle class in the world, rising from 29 million to almost half a billion in the last 18 years. The Chinese government is aware of the negative impacts that high digit growth has had on their environment, and so their focus has switched from quantity to quality and sustainable growth.

As China propels forward in becoming a major economic powerhouse, their government is encouraging domestic companies to steer away from low-end manufacturing in order to move up the supply chain. This is part of the Made in China 2025 initiative, which aims at transitioning China from a “world factory” to a high-end producer in the areas of artificial intelligence, big data and smart manufacturing, and ultimately capable of indigenous innovations in pursuit of self-sufficiency. As a result, a lot of investment is being made by Chinese companies towards high-end manufacturing processes, with more emphasis on innovation, R&D, and automation.

When most companies first look to China, they think of larger cities like Shanghai, Beijing, Shenzhen, and Guangzhou. But these cities have become very crowded, with competing multinationals tripping over each other. On the other hand, Tier 2 and Tier 3 Chinese cities present very promising business potential to Canadian companies. With economies equal to the GDP of some developed nations, these Tier 2 and Tier 3 cities are by no means small by global standards.

The potential in this sector is closely related to the middle class growth phenomenon alluded to earlier, resulting in China being the largest market in the world for total consumer spending. Consumer tastes are becoming more sophisticated in favour of premium offerings. Don’t compete at the lower segments of the market because it’s a very crowded space filled by local Chinese producers. Canadian branded products are well regarded, known for their quality and reliability, so promote your goods as premium brands.

China’s e-Commerce market is the largest in the world and growing fast, accounting for more than 40% of total global e-commerce spending. You should consider leveraging e-commerce platforms to reach Chinese consumers. Alibaba’s Tmall Global and JD.com Worldwide dominate China’s domestic marketplace, with a combined market share of 84%. A major benefit to these e-commerce platforms is they allow Canadian companies that do not have Chinese business licenses to sell their products into China’s market, offering a lower-risk entry with relatively little investment.

China is the largest automotive market in the world, both in terms of sales ($28 million) and production (29 million). Almost all major OEMs have a presence in China, including GM, VW, Ford, Audi, and Toyota as they realize how important this market is and the potential it presents. For example, GM currently sells more vehicles in China than back in the US. If an OEM wants to enter the Chinese market, it must first form a joint venture with a local Chinese OEM, so if you’re already selling to one of the major OEMs, you can potentially supply into the Chinese market through that channel.

There is a huge push for autonomous driving and electric vehicles to address pollution issues, so there is heavy R&D spending on development of smart vehicles, connectivity, and autonomous driving—all areas where Canada possesses strengths. Keep in mind that Chinese OEMs are also considering entering into the North American market, and BYD Co., the so-called Chinese Tesla, has already made plans to open an electric truck assembly plant in Canada.

Pollution issues in China have become critical, a result of decades of high growth and industrialization achieved at the expense of the environment. The government has instituted new regulations on air, water, and soil protection to address this pressing issue. There are many opportunities for Canadian companies in the areas of water and wastewater management, soil protection, environmental remediation, air pollution, green energy, and renewable energy.

Because of the severity of their environmental issues, Chinese companies are looking for scale, so be aware that your solutions must be scalable and be large enough to address the seriousness of the issues that China faces. We’ve heard from a lot of Canadian companies that are trying to enter this market who have found themselves unable to wrap up contracts because their solutions are not scalable

One Belt One Road (OBOR) is a government-led initiative that strives to enhance infrastructure connectivity between China trading partners. One of the largest infrastructure and investment projects ever envisioned, it will assist Chinese engineering, procurement and construction (EPC) companies undertake projects outside of China to address excess capacity within their economy. Chinese EPCs are well supported by the government, with initiatives through the Asian Infrastructure Investment Bank (AIIB), the New Development Bank, and One Belt One Road funds set up to provide financing for infrastructure projects along the OBOR corridor.

Be forewarned: do not try to compete with Chinese companies. In order to gain access to these markets, focus on your niche capabilities, then find Chinese EPCs that you can work with. Leverage them and become partners with them. And as Amy Karam advises, “Be aware that Chinese companies take a highly personal approach to client relations…and the importance of having people on the ground in China cannot be understated.”

China surpassed the U.S. last year in becoming the largest importer of oil. To address issues of air pollution, it is encouraging the use of gas as an alternative source of fuel, a sector in which Canada has deep supply chains, whether as equipment suppliers or as service providers.

As said before, try not to compete with local Chinese equipment suppliers, but rather work with them. In fact, there are Chinese companies that are actively sourcing products from outside of China, then selling these products back into their market, some of whom are already operating inside of Canada and could be your bridge to the oil and gas market in China.

If you missed the webinar, you can access the archived version here. You may also want to connect with one of our Market Entry Advisors who can assist you in developing a successful China strategy.

Cleantech opportunities are sweeping the globe, and our webinar, Clean Up with Cleantech Exports, give you the knowledge you need to overcome challenges, scale up, and grow your business internationally. 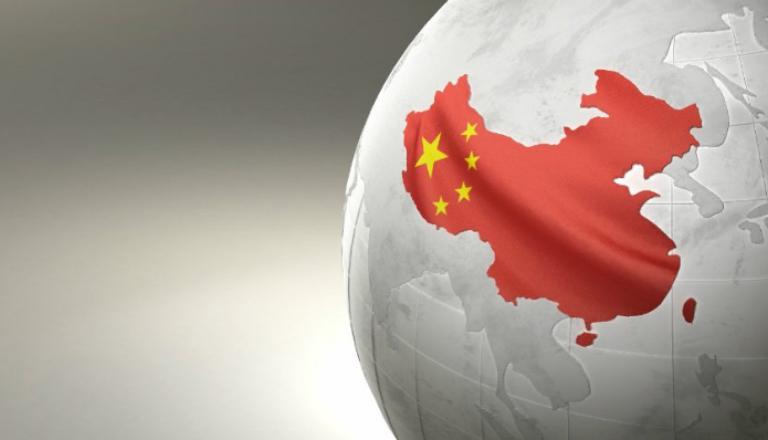 Opening Doors for Canadian Business: How to Sell to China

Canadians exporters are doing well in China, with the enormous nation buying $25 billion of our goods and services each year. Sign up for our new webinar, Opening Doors for Canadian business, to find out how your company can get in on the action.