Teri Nizzola, EDC’s Chief Representative in Australia, shares the Top 3 reasons why Canadian businesses should be exporting to Australia. 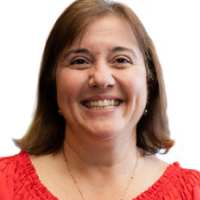 By some accounts, Canada’s formal trade relationship with Australia goes back nearly 125 years to 1893, when John Larke of Vancouver was posted to Sydney as Canada’s first trade commissioner. Trade between the two countries has come a long way since then. In 2016 Canada’s exports to Australia totaled $847 million, and imports from Australia were valued at $1.01 billion.

While important to our bilateral commercial relationship, these numbers are only a fraction of a per cent of each country’s total trade with the rest of the world, which means there is considerable room for growth.

In fact, the opportunities to expand trade are the main reason why EDC has opened a new representation in Sydney. It’s part of our strategy to deepen our roots in Oceania so that we can help Canadian companies of all sizes link into the supply chains of large international buyers and take advantage of upcoming project opportunities. As a global financial player, EDC can help connect Canadian businesses to these deals as they develop and help identify future contract opportunities.

In the past five years alone, EDC facilitated more than US$10 billion in business between Australian and Canadian companies, and is looking to double that figure to US$20 billion in the next five years.

Why does Australia matter to Canadian exports? Because it is:

Australia is the primary destination for Canadian direct investment in the Asia-Pacific, and the fourth largest source of foreign direct investment from the region. For many Canadian businesses, Australia is an attractive market to consider for direct expansion or as a hub to serve other markets in the Asia-Pacific because of common language and laws and solid economic credentials.

Australia’s future prosperity is closely linked to Asia. As part of its efforts to strengthen economic ties with both emerging and established economies in the region, Australia has recently concluded trade agreements with key partners including Japan, Korea, and China, and has been actively engaged with regional forums such as the Asia-Pacific Economic Cooperation (APEC) and the Association of Southeast Asian Nations (ASEAN). Canadian firms can leverage these connections or explore partnerships with Australian firms to minimize the risk of entry into more challenging or unfamiliar areas. This will enable Canadian firms to integrate into regional value chains or explore the abundant opportunities available in neighbouring markets.

Much of Canada’s trade with Australia is currently geared toward large companies in traditional sectors such as mining, transportation and forestry, with growing interest in Canadian oil and gas machinery, equipment and technical expertise. Canadian companies can play a significant role in positioning Australia to meet rising energy demands in Asia. In particular, Canada’s expertise in liquified natural gas (LNG) can help Australia achieve its full potential of offering LNG to Asia. Canadian exporters have the capabilities and expertise to contribute to these projects through the supply of technology and services.

Australia has a strong focus on developing its infrastructure including roads, hospitals, ports and railways, and offers significant opportunity for foreign investment. The capital-intensive demands of large infrastructure and extractive projects present opportunities for Canadian companies operating or looking for new business in both Australia and the broader Asia-Pacific region. EDC, which has extensive experience in large project finance structures, is already partnering with Canadian investors and pension funds to invest in large projects that offer clear economic benefits to Canada and Australia.

Teri Nizzola joined EDC in 1997 as a Financial Services Manager where she was involved in complex corporate financing transactions. Teri was appointed Chief Representative, Australia in August 2017.