Here are some numbers to think about.

The year I was born, there were about four billion people living on this planet. Today, that number is approaching eight billion – doubled in less than one lifetime.

A large part of this growth is an expanding middle-class population of 100 million people every year, people either being born or growing into lives with more disposable income and newfound wealth.

They – like all of us – are hungry: for more varieties of food, fresher food, safer food. Something Canada has in abundance.

Canada’s Agriculture Day (February 23) is an opportunity to celebrate the men and women, businesses and families that make up this vital part of our economy. But it’s also a time to be excited about its tremendous potential.

Almost from the time Canada was born, our exported grains have been a staple for tables around the world, making this country an agricultural giant. Today, it’s more than grain. It’s what we grow, harvest, process, invent, manufacture. Half of everything this sector produces, we export. We still rank among the top five global producers of agriculture and agri-food (A&A) exporters. Joined by the U.S., China, the E.U., and Brazil, this group accounts for about forty percent of world ag exports. In 2019, Canadian agri-food exports reached $67 billion.

Even during an economic crisis as all-consuming as the COVID-19 global pandemic, A&A has shown incredible resilience. Of course, many parts of the industry have been affected at both the supply and demand ends of the spectrum, with the requirements of social distancing squeezing food production (in factories) and consumption (in restaurants). But people still need to eat; even as it endured price volatility and dramatic swings in consumer spending, agri-food processing has far outperformed its counterparts in manufacturing, maintaining envious levels of growth.

During this crisis, EDC, (along with our colleagues at Farm Credit Canada and BDC) has been a big part of the government’s Team Canada economic response, finding ways to help Canadian agri-food weather this storm and be ready for recovery. And some tremendous success stories have emerged. Early in the pandemic, EDC helped Montreal-based PRANA Biovegan, not only survive vanishing retail sales, but actually come back stronger. Our Investment Matching Program can provide up to $5 million of new investment to help Canadian companies with their commercial growth plans and working capital needs. During COVID, it helped PRANA survive the moment, and focus on the long term. You can read more about this customer success story here.

As I write this, we’re all still very much in the thick of these challenging times. But with vaccine distribution underway, there’s cause for optimism, and good reason to look ahead to future opportunities, post-pandemic.

Remember that exploding middle class? Drill down on that 100 million people to see where they are: in Brazil, five million; Indonesia, seven million; India, twenty million. And in China, 35 million new members of the middle class, every year. A Canada’s-worth of consumers.

Canadian A&A already has tremendous advantages: chief among these is a global reputation for quality, safety and reliability – coveted characteristics in any market. What remains is for Canadian businesses to know which markets are for them, and how to get there.

By far, Canada’s major agriculture customer (not surprisingly) is still the U.S. Next come China, the EU and Japan. While none off this is likely to change soon, EDC is excited to improve the opportunities for Canadian agriculture – with deeper impact in already established markets, and wider impact in untapped or underserved economies.

Many of Canada’s biggest importers are shopping primarily for (what might be called) our traditional exports – such as grains, pulses and meats. But this demand is diversifying. While meat and wheat aren’t disappearing any time soon, new opportunities are emerging in niche and non-traditional areas – such as non-meat, plant-based proteins and dairy-substitutes, where Canadian companies are beginning to make significant investments.

Even at the end of the year that was 2020, Canadian exporters were in a positive mindset. EDC’s Trade Confidence Index showed a 21 percent rise in overall optimism among Canadian exporters in all sectors of the economy; a bounce back from record lows. EDC’s Economics Team sees merit in that confidence. As inflation remains low and unemployment continues, central bankers will be incented to keep interest rates low until economic recovery feels more certain. And as that recovery takes, watch for an unleashing of pent-up consumer demand.

Of course, the challenges are still there: the risk of tensions erupting between large and influential trading partners; pending details of U.S. trade and buying policies; and, of course, there is still a pandemic, with all of its disruptive effects.

Through all of this, what I find so remarkable still, has been the resilience of Canadian agriculture and agri-food. We all owe this large, diverse and vital sector a huge debt of appreciation; for its contribution to our national economy and, of course, for feeding us all so well.

For as long as Canada has been Canada, we have been an agricultural country. That’s something to be proud of. On Canada’s Agriculture Day, we should celebrate its history and the businesses, people and families who make it happen.

And when we’ve done that, we should also take some time to celebrate its future. After all, there’s a big world out there, hungry for what Canada has to offer. 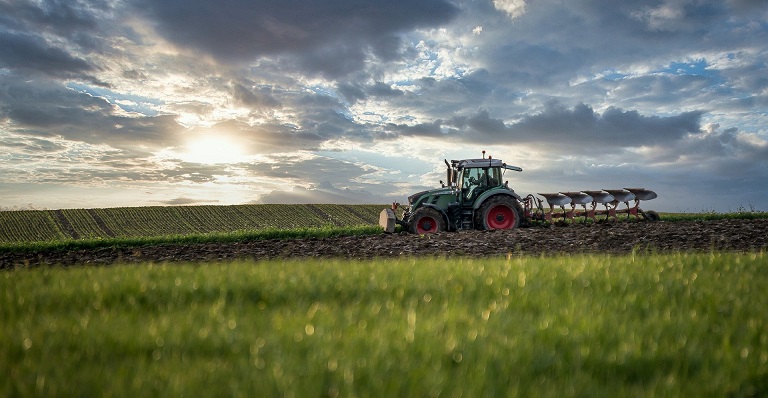