My first job in business was helping other businesses. This was 1990. I was fresh out of school, an accountant for a consultancy in Belfast, Northern Ireland. It was one of those jobs where I went from office to office, learning about different companies, looking at inventory and studying spreadsheets. I have memories of walking through factories, and office spaces large and small. I learned a lot about being a professional, about how business works, about communicating, listening and understanding.

I also saw something that, at the time, I didn’t give a lot of thought. In almost every business I visited, men were in charge, women weren’t. Men were the owners, presidents and managers. Women were the assistants, receptionists, factory staff.

If I didn’t give much thought to those traditional role assignments among the sexes, it’s possible I simply didn’t see myself as being subject to them. Maybe I’m a stubborn first-born, or just had the gift of self-confidence, but I don’t remember thinking I couldn’t do a particular job because I hadn’t seen other women doing it before me. If there was a mould for what a woman’s job was in Northern Ireland in 1990, I supposed I was just going to have to break it.

Since those early days I’ve run a small construction company with my husband; I’ve worked in executive roles for a major Canadian multi-national; and now, since 2019, I’ve been the president and CEO of a Canadian Crown financial corporation.

Over the years, my journey as a professional woman has become less lonely, as so many other women have broken moulds of their own, taking on leadership roles in government, business and academia. We’re seeing more women in technical fields, such as medicine and the sciences, law, engineering and my own field, trade and finance. The progress has been remarkable. There’s a lot to be proud of.

But there are still major gaps in this success story; gaps that not only put limits on the potential of a large segment of the Canadian business community, but are an anchor, limiting the growth of the Canadian economy.

Though they are half of Canada’s population, women own only 16 percent of this country’s small- to medium-sized enterprises, and only 11 percent of these are exporting companies. We know that these numbers are linked to several long-standing struggles for women entrepreneurs. Women generally lack the connections and networks that traditionally privilege their male counterparts; women are also treated differently as entrepreneurs, particularly in technical fields, including – critically – financing.

The COVID-19 pandemic has shone a bright light on these gaps. Studies show that women-owned and -led companies are likely to take nearly twice as long to recover. The same challenges that women faced pre-COVID-19 are hobbling their ability to rebound. Their lack of access to capital, a disproportionate share of domestic duties, and the additional burdens of caregiving – all have taken a toll.

Bridging these gaps isn’t just about helping women. It’s about building an economy. In Canada, growing the participation of women-led businesses by just ten percent could add $150 billion to Canada’s gross domestic product. Globally, giving women entrepreneurs participation in the economy equal to men could add as much as $5 trillion to global GDP. Failing to address inequity isn’t simply a challenge to women; it’s an obstacle to global growth.

EDC has also been an active partner in expanding access to equity capital; our Women in Trade Investment Program is injecting $100 million of direct and fund equity aimed at supporting Canadian women-led businesses looking to grow and scale to new markets.

Finally, we’ve also evolved internally, not only achieving gender parity in our workforce, but doing so in our leadership cohort, including our executive team and our Board of Directors, both of which are led by women.

A lot has changed over the last thirty years. A lot has improved for women, and this progress should be celebrated. But now, as much as ever, it’s vital that the change continues.

The goal of International Women’s Day is to remind us all of how much more there is to be done. The theme this year is “Choose to Challenge,” urging us to call out gender bias and inequity when we see it, and push back wherever and whenever we can.

I’m proud of what EDC is doing to call out and to push back and to challenge the status quo. Thirty years after taking my first job in business, my career has, in at least one way, come full circle. I’m once again working for a business that helps other businesses, helping them, not with their accounting, but to find international success in trade and investment.

These are businesses of all sizes in all sectors of the economy – and more and more of them, are owned and led by women.

Not enough of them. Not yet. But we’re working on it. 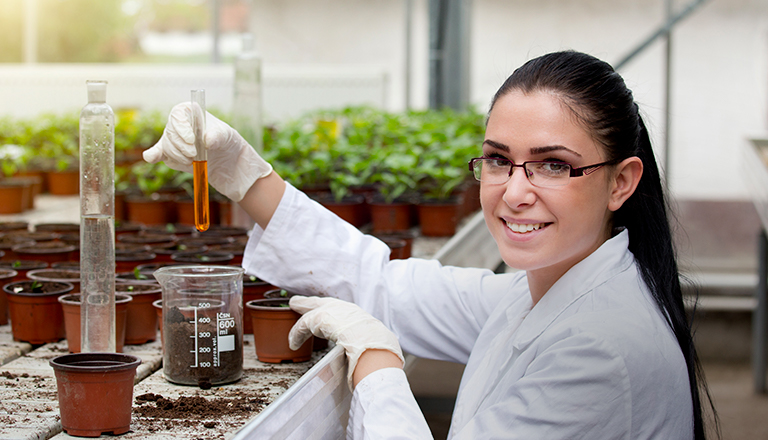 Join our webinar to learn how women entrepreneurs can access new markets and capital to grow their business.