As the global trade director of renewable resources at EDC, one of my responsibilities is pinpointing which countries in the world are in the market for renewable resources and finding ways to connect them with Canadian suppliers in this sector. I spent some time in Australia recently, and let me just say, crikey, renewables are hopping over there, not to mention a number of other sectors as well.

EDC opened its office in Sydney, Australia, in late 2017. With little more than a full year under our belt, we’ve already posted incredible business volumes. Last year alone, we helped 539 customers and facilitated more than $3 billion in financing and insurance.

Canada enjoys a long-standing economic relationship with Australia. Bilateral trade is close to $7 billion, split almost evenly between goods and services. With bilateral investment inching towards the $40-billion mark, it’s clear there’s a lot of mutual confidence in each other’s market potential.

Beyond the numbers, both countries share many similarities, not the least of which includes language and culture. We both have strong, resource-driven economies and inhabit huge land masses with relatively small populations. With highly educated workforces, we enjoy stable legal, political and banking systems.

Of course, there are obvious challenges to doing business on the other side of the globe: The sheer distance to market can be daunting. Even if you’re in the service sector, the 14-hour time difference can create logistical headaches.

Regardless, it’s a high-growth market in which Canada has several competitive advantages. A key element contributing to this dynamic position is the Comprehensive and Progressive Agreement for Trans-Pacific Partnership (CPTPP), which is the relatively new free trade agreement (FTA) between Canada, Australia and nine other countries. Combined, they account for nearly 500 million consumers and rack up 13.5% of the world’s GDP. Global Affairs’ economic impact study estimates the new agreement will generate $4.2 billion more in trade for Canada each year, thanks in large part to the elimination of tariffs.

Keep in mind, in addition to the CPTPP, Australia has 10 other FTAs in place, including one with China. By partnering with Australian firms, Canadian companies can find more doors opened to that critical Asian market.

What’s hot Down Under

Given their natural resource-based economy, there are ample opportunities in oil and gas, renewables and transportation. In Australia, infrastructure is even hotter than the Great Victoria Desert. Another thing for Canadian companies to consider: Australia imports everything and they’re definitely buying what we’re selling. Here’s just a few highlights:

Here’s a huge bonus: The cost of labour is extremely high in Australia, but in short supply. As a result, Canada is viewed as a low-cost centre to fill their skilled labour needs.

Getting into the market

If you’d like to take a closer look at the economic ins and outs of this market, you can tap into some of the free market intelligence and economic reports provided by EDC. Start with the Country Risk Quarterly Report, through which you can access key economic data on Australia (as well as 100+ other countries). You can sign up to connect with our market entry advisors to help solidify your plans.

EDC provides financial products and services that can help you do business there. For starters, our credit insurance will ensure you get paid for the orders you’ve delivered. We can work with your bank to increase your working capital. And we can help take the sting out of currency fluctuations, or even give you a leg up on the competition with buyer financing.

Another important way we can assist you in selling to this market is through our Business Connection Program. We’ve cultivated a number of strategic relationships with key Australian buyers by lending them money and forging ties with their procurement divisions to better understand their requirements. We then look for Canadian suppliers who have the capacity to deliver on those needs, then facilitate connections between both players. We currently have financing arrangements with the Australian companies listed below, so check out how you might fit into their supply chains:

If you’re considering doing business in Australia, connect with the Trade Commissioner Service (TCS). They’re an incredible resource, both in Canada and in more than 160 locations across the globe. Start by contacting one of their trade officers in the Canadian region nearest you. They’ll review your market entry plan to make sure you’re export-ready, then put you in touch with one of the 12 trade commissioners on the ground in Sydney or Canberra. Currently, their team is helping more than 300 Canadian companies export to Australia. One of the most important free services they offer is introducing you to the in-market partners you’ll need to conduct your business deals in Australia. That’s everyone from lawyers, accountants, marketing firms, customs brokers, agents, distributors, government officials, even potential buyers.

One of the best ways to scope out the market is by attending a trade show. Check out this list of upcoming missions to see if your sector is covered. And remember, you may be eligible for reimbursements of up to 50% of your market development expenses through the CanExport financial assistance program for small- and medium-sized businesses. 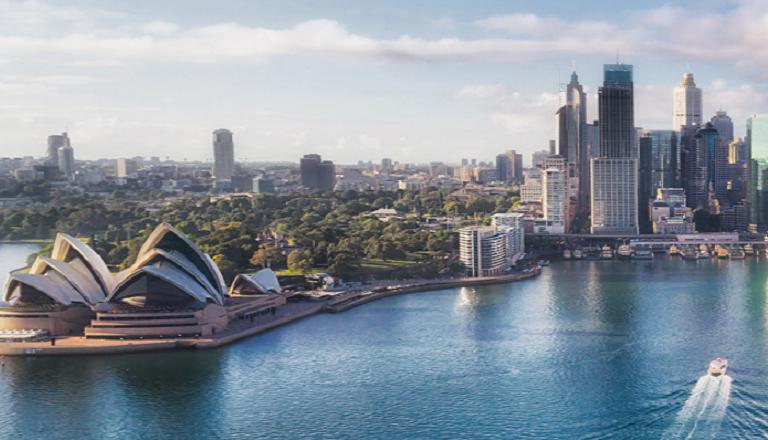 Australia: taking your business Down Under