John Bitzan, Country Risk Analyst at EDC, looks at how you can weigh the risks and rewards when determining which target market you should enter next (or for the very first time!)

Of all the questions we get asked at EDC, the one that invariably tops the list is: which emerging market is best for my company? And it doesn’t matter whether you’re exporting to your first market or your tenth, you want to know which countries offer the best opportunities. I participated in a webinar last week that dealt with that perennial question, and for those of you who missed it, I urge you to watch it on-demand because the panelists had a wealth of practical experiences to share.

When researching which emerging markets to prioritize, you’ll need to look beyond simple supply and demand. Other factors to weigh—all dealt with in the webinar—include the risks of doing business in a particular country, the logistical issues of getting your product into that market, the ease of setting up operations there, and how other Canadian companies have fared.

Is the biggest risk not taking any?

It’s been said that the biggest risk is not taking any. And while that might be existentially true, I’ve spent my career analyzing risk, so I’m a big believer in being prepared and arming oneself with the knowledge to make informed decisions.

The first thing to understand is that risks rarely appear out of nowhere. At EDC, our economists and analysts look at a number of different factors to determine short-term and medium- to long-term risks For economic risks, among other factors, we assess the probability of currency fluctuations, a banking sector crisis, government defaults, and the inability to transfer hard currency out of a country. On the political side, we examine the probability of violence, war or rebellion, as well as the likelihood that a government might take adverse action against commercial interests.

It’s often easier to understand these situations if we look at a couple of examples. Say, for instance, we see a country experiencing a currency devaluation – what exactly does that mean for you, the average Canadian exporter? Think of the domino effect. Currency devaluations are early warning signs, because they make it harder for businesses in that country to buy goods from you. This country might also have a lot of external debt, so when their currency depreciates, that external debt becomes more expensive to repay. With less money in their coffers, there are fewer funds to invest in infrastructure and social spending, which puts a damper on the overall business environment and consumption. These negative effects trickle down to your international buyer, who may find it harder to repay their own loans, and may eventually end up insolvent. Not good news for you when it comes time to collect on your shipment.

Let’s look at a political risk example. The structure of a government can give us clues. If it’s a decades-old dictatorship with no clear sense of how power will be transitioned to future generations, that’s a big warning sign. If something goes off-track in this type of country, it can be very hard for it to settle back into a more stable trajectory once there’s been a change in government. And that can translate into unending headaches for you, including the disruption of your operations and, in the worst case, the seizure or destruction of assets. A now classic case is Libya, which saw the ouster of its long-ruling dictator in 2011 and continues to experience disunity and severe internal conflict between rival militias. The country’s current troubles are partly rooted in the fact that the dictatorship accentuated regional grievances and failed to allow the emergence of a peacefuly, party-based political culture.

But it’s not all doom and gloom because not all emerging markets are overly risky. In fact, there are many—the top five being Chile, Uruguay, Poland, Botswana, and Bulgaria—that have effectively strengthened their institutions and have relatively low risks of political violence or economic instability. Think of the domino effect again, but this time, with a positive outcome.

Take Poland, for example, which has undergone a host of political and economic reforms in the past decade and a half. They’ve strengthened the rule of law and improved governance. Navigating the bureaucracy and enforcing contracts has become easier. Overall, they now have a more experienced democratic system and institutions like the judiciary have become more independent. Commercially, their exports have become more competitive their economy has seen significant growth, which means they’re attracting more foreign investment. Chances are, businesses in this market are more stable than other emerging markets, so you’re more likely to get paid.

How to reduce the risk of risky business

To help our customers research markets of interest to them, EDC has developed a new tool that aggregates data about emerging markets and ranks them based on six categories. Customers work through a questionnaire, and based on their input, our new tool can provide a ranking of which emerging markets perform best in the categories that were selected. Stay tuned—this tool is set to release next month.

So what happens when there’s lots of opportunity in a particular country, but there are also political and economic risks? How do you do business in riskier markets? Well, the short answer is carefully, but it’s done all the time. Keep in mind that it’s critical to work with a strong, reliable local partner who has their ear to the ground. Work with them to create a contingency plan and make sure you’re able to weather the storm. Next, get political risk insurance. You can protect your company against currency conversion and transfer issues, expropriation, political violence, and more.

Beyond risk—the practical side of doing business overseas

So you’ve settled on a potential market and all the political and economic risk factors look sound. Now you’re down to the nuts and bolts of operations. As I mentioned before, you’ll want to watch the webinar to hear export veterans like David Fung (co-founder, Chair and CEO of the ACDEG Group of companies), Mel Sauvé (President of Global Growth) and Elise Racicot (Trade Commissioner Service) discuss other factors you should evaluate when targeting your next market. Here’s a quick overview of what they discuss:

I could end with a motivational saying about overcoming risks, but I’m an analyst, so I deal with facts rather than sentiment. What I will say is, where there is opportunity, there is risk…and where there is risk, there is EDC. Contact one of our Trade Advisors at 1-888-220-0047 to get answers on which markets have the most potential for you and how you can effectively deal with the risks of doing business there. 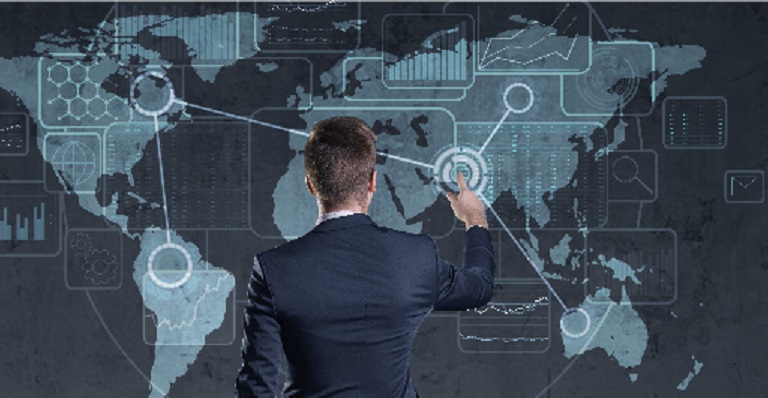 Webinar: How to Find Your Next Target Market

Find out which four key factors to evaluate when choosing your next international market. Our expert panel includes country risk, logistics, and international trade specialists.