Carl Burlock, EDC’s SVP and Global Head, Financing and Investments shares highlights from a recent panel he spoke at on the potential of Canada’s cleantech sector. 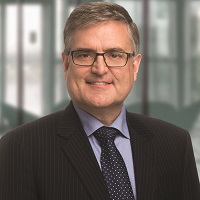 Canada’s cleantech sector is brimming with potential and – with business, government and industry organizations working in concert to build and bolster it – it’s on the right path.

That was the message I took away from Before the Bell, a panel presented by the Sixth Estate at the National Arts Centre in Ottawa.

As a panelist that day, I was delighted to share what we, at Export Development Canada (EDC), see as the global market opportunities for Canadian cleantech companies.

EDC started focusing on cleantech in 2012. At that time we had just over 50 cleantech exporters as clients. Today, we have nearly 200. We’ve greatly expanded our scope of engagement and have developed many partners in the field, including the Business Development Bank of Canada (BDC), Sustainable Development Technology Canada (SDTC), the Trade Commissioner Service, the Clean Tech Growth Hub, the Canadian Commercial Corporation (CCC), as well as industry organizations like Écotech Québec and MaRS.

We’re also managing the $450 million envelope of project finance capital for clean technologies that was established in the federal government’s 2017 budget. Our level of engagement today mirrors the activity in what is a very internationally focused cleantech sector in Canada. Since 2012, EDC has supported more than $5 billion in cleantech exports to more than 100 countries.

And the potential is growing. Global cleantech was, by some estimates, a $1-trillion sector last year that is expected to grow to $2.5 trillion by 2020. That growth is coming from two places. One is industry-based. Cleantech used to be thought of mostly as renewable energy, or emission reductions. Now, the sector is all that, plus transportation, power management, energy storage agricultural technologies and process technologies that can be applied in many industries. At the same time, you have large, high-growth markets such as India and China that are thirsty for cleantech and are making hundreds of millions of dollars in investments in the sector.

And it’s not just the largest economies, either. From our vantage point at EDC, with 20 offices around the world, we see growth in many markets. A few weeks ago, I was in Colombia visiting companies that are buying from Canadian exporters including: a utility company that’s installing electric vehicle charging infrastructure in its territory; another that’s making a huge effort to reduce its own environmental footprint. They, and others I met, were all interested in the products cleantech Canadian companies have to offer, and some had even travelled to Canada to meet cleantech exporters.

Cleantech perspectives from the chemicals sector and on scaling up

Other panelists told us about cleantech’s opportunities from their perspectives. Shannon Watt, from the Chemistry Industry Association of Canada, noted that her industry (“the fastest-growing manufacturing sector in the word”) contributes to cleantech in everything from electric car batteries to clean water preservation and purification. Susan Rohac, Vice-President of Cleantech at BDC, talked about the opportunities for Canadian businesses, and about BDC’s role in helping Canadian businesses build scale. In the last budget, BDC was allotted $700 million in funding to be devoted to cleantech. Susan said that BDC has now hired a dedicated team with experience in cleantech to deploy the capital and that they had recently allocated the first $40 million to four companies. “BDC is working hard on building partnerships to further support the sector, and the collaboration between EDC, SDTC and other federal partners are key to making this work,” she said.

The lifecycle of the cleantech industry

David Lametti, MP and Parliamentary Secretary to the Minister of Innovation, Science and Economic Development, talked about the life cycle of the cleantech industry, starting with research in universities and colleges, from where innovators may then seek startup funding, such as what’s offered by SDTC. He described how government programs help young companies “through the valley of death” when they’re trying to commercialize, and then finally turn to organizations such as EDC and BDC to move in and help.

“We’re very cognizant of the scaleup challenge in the cleantech and innovation sectors,” Lametti said. “So we’re trying to see that whole life cycle through.”

While challenges remain, it was clear that everyone on the panel was bullish on the opportunities in cleantech, both in Canada and abroad, and that Canada is making progress and is well positioned to seize the international opportunities in this sector.

Cleantech opportunities are sweeping the globe, and our webinar, Clean Up with Cleantech Exports, give you the knowledge you need to overcome challenges, scale up, and grow your business internationally. 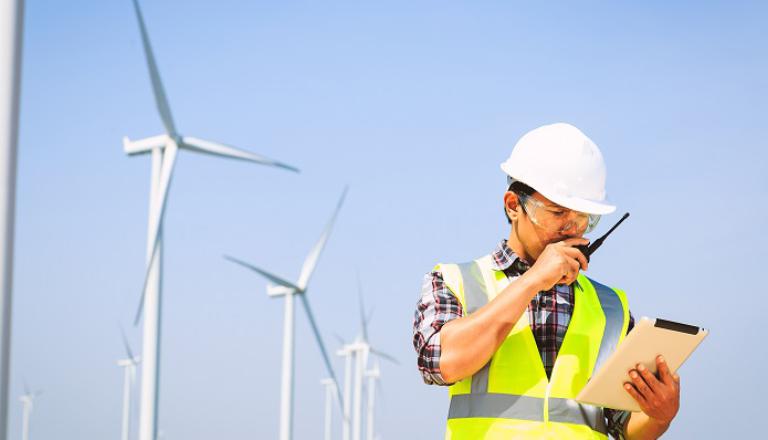 Join a panel of trade experts for a live webinar on the growing global demand for clean technology and why exporting should be a key part of any cleantech company’s growth strategy.