The expression, “What a difference a year makes!” is usually overblown. Material changes take years, sometimes decades to occur. However, in less than six months our lives have been turned on their heads and major issues such as economic survival, the future of work and global commercial interactions are being re-examined.

This year’s EDC Economics Top 10 Risks reflects this altered landscape. While most epidemiologists are confident there will multiple smaller waves to come, the trajectory of the virus is unclear and the timeline for when a vaccine will be available for mass distribution is unknown. This uncertainty and the stop-start approaches countries are taking, creates significant challenges for Canadian exporters. A Prolonged COVID-19 episode is our new No. 1 risk given its mounting humanitarian and economic impacts and magnifies other risks.

In 2019, the chief economic concern was the growing likelihood of a global recession. Now that this worry has been realized, the risk is that the world doesn’t bounce back quickly and instead enter a period of Global Depression. Even without falling off the deep end, the current economic outlook is daunting for many.

As governments around the world continue to borrow to increase their health spending and prop up their economies over the short-term, the Rapid Rise of Sovereign Debt is a growing risk. While this may lead to defaults in emerging markets already under debt distress, developed markets are also vulnerable to downgrades by the credit agencies. Canadian exporters conducting business with foreign governments should be keenly aware of this risk of non-payment.

Like sovereign debt, corporate debt has been rising for years. The risk of Seismic Surge in Global Corporate Debt—is based on the poor credit quality of much of this debt. Corporations, encouraged by continued low interest rates, are piling on even more debt, reaching historically high levels relative to gross domestic product (GDP). This presents solvency risks for firms as well as becoming a key concern for the global financial system.

For Canada, what happens in America has always been paramount, and our current list reflects the growing risks we see developing there. The upcoming presidential election presents a new risk of Political Paralysis in America, whereby the country enters a prolonged period of political uncertainty with limited political space to pass any meaningful reforms.

With Washington fixated on the elections, COVID-19, mass protests and economic recovery, U.S. Isolationism is growing. By ceding its leadership role in multilateral institutions, like the World Trade Organization and the United Nations, the U.S. risks fraying the rules-based system, which has underwritten the global economic and political stability that has characterized the post-Second World War period.

This geopolitical void is accelerating the risk of United States-China Global Competition, as both countries confront the other on trade and other issues. As this rivalry intensifies, Beijing and Washington are vying for influence and making countries choose with whom they will align.

While tensions between America and China are most visible on the trade front, the risk of Global Protectionism is broader than this bilateral dispute. The threat of tariffs being applied remains a concern for Canadian companies, but COVID-19 has broken global supply chains and in doing so, has moved some countries to protect strategic industries and support national champions.

Pre-COVID-19 political agitation is fodder for a far more Sweeping Social Unrest. The groundswell of protests across the world has been building in recent years, driven by local issues of inequality, lack of economic opportunities and corruption. COVID-19, the resulting economic recession and consequent rise in unemployment is providing fuel to protest movements. This may lead to increased instability or violence in a broad swath of countries.

While the risk of inter-state war remains an ongoing concern in flashpoints, like the South China Sea, EDC Economics have replaced it with the risk of Cyberwar, which is increasingly how states may choose to conduct warfare. It’s not just government networks that are vulnerable to attacks, but companies may also be targeted.

Major new risks are everywhere, and it’s important to assess which ones may impact your business over the next few years. COVID-19 has inflated many of these risks, but they likely won’t go away once the pandemic is contained. Better to plan for this heightened period of uncertainty and the potential shocks these risks could bring. 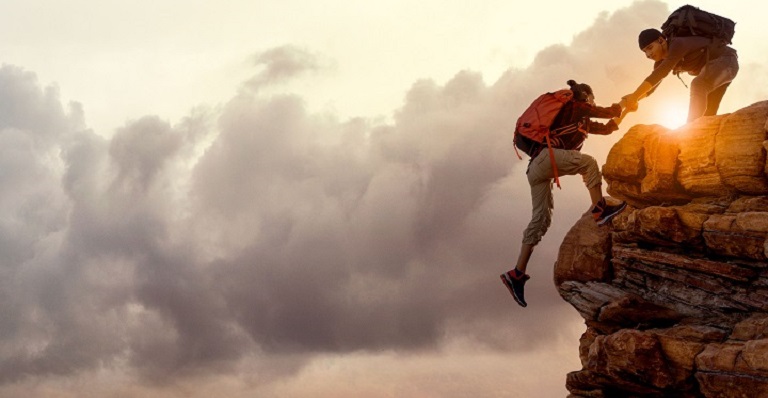