It’s not the first time Canada and the U.S. have gotten into a dispute over lumber tariffs – it’s the fifth. This comprehensive infographic, part 2 of a 3-part series, helps you understand the tangled roots of this ongoing disagreement, as well as how the Government of Canada’s Softwood Lumber Action Plan will help forest sector workers and communities.

It is a well-understood fact around the globe that Canada and the United States are friends, neighbours and business partners. We enjoy the largest bilateral economic relationship in the world, dating back centuries.

However, the issue of softwood lumber has emerged as an ongoing irritant, or as some have called it, the “main enduring trade dispute” between the two nations.

Officially, the trade rift began in 1982, but some historians have pointed out that softwood has shaped the bilateral relationship as far back as the 1820s, when the issue was a catalyst behind the Maine-New Brunswick border dispute.

Fast forward to 2016 and we find the two countries again engaged in what is being called Lumber V: the fifth official trade argument over lumber tariffs and how Canada satisfies the U.S. appetite for softwood lumber.

The softwood lumber industry is an important sector of the Canadian economy, supporting hundreds of communities and thousands of jobs across the country. It also creates many positive spin-off effects in related industries and services.

Canada’s forest products sector is modern, efficient and environmentally sustainable, and has the potential to serve markets at home and around the world.

In the United States, the demand for lumber exceeds the domestic supply. As a result, the U.S. housing sector and other industries rely on Canada for stable, predictable access to quality products.

Canadian softwood lumber consists of spruce, pine and fir, and is used primarily for construction framing. Lumber companies are a key component of Canada’s forest industry and support predominantly rural and indigenous communities while generating $22 billion annually in GDP.

At the heart of the dispute

At its simplest level, the dispute focuses on the fundamental difference between forestry ownership in the two countries.  In Canada, 94 per cent of forest lands are owned by governments – both provincial and federal – while in the United States, the resource lands are largely held by privately owned lumber companies.

While Canada’s position is that these allegations are baseless, the United States nevertheless wishes to retaliate by imposing countervailing duties (CVDs) and anti-dumping duties on Canadian softwood imports.

Chronology of the Softwood Lumber Dispute

Officially, the softwood lumber dispute began in 1982 when a group of U.S. softwood lumber producers petitioned for a countervailing duty. The case focused on the stumpage system in British Columbia, Alberta, Ontario and Quebec. The ITC made an initial determination that Canadian lumber imports injured the U.S. industry. The U.S. Department of Commerce made a negative CVD determination on technical grounds, which was that stumpage fees could not be countervailed because they were not limited to a specific industry.

Although no changes were made to the Canadian stumpage system, U.S. industry groups made a second claim in 1986. As a result, the U.S. Department of Commerce altered its calculations to include the standing timber’s “intrinsic value” in the costs to the Canadian Crown. Intrinsic value in this sense typically applies only to personal property, not public goods, which was the original decision of the ITC in 1982.

The Department of Commerce nevertheless concluded that the Canadian stumpage system bestowed a subsidy of 15 per cent. With the imposition of lumber tariffs imminent, Canada signed a memorandum of understanding with the United States. Under the agreement, Canada agreed to collect a levy of 15 per cent on all lumber exported to the U.S. market. While still maintaining the levies, Canada exercised its right to terminate the agreement late in 1991.

Following Canada’s termination of the MOU in 1991, the Department of Commerce began a new investigation and imposed a temporary security-bonding requirement on softwood imports from Canada. A panel under the GATT, however, concluded that this bond requirement contravened Canada’s GATT obligations. The Department of Commerce then determined that British Columbia, Ontario, Alberta and Quebec conferred countervailable subsidies on softwood lumber exports, and the ITC found resulting injury. As a result, countervailing duties of 6.51 per cent were imposed on lumber imports from all provinces except the Maritimes.

Canada appealed both the subsidy determination and the injury finding to panels of the Canada-U.S. FTA. In both cases, the panels repeatedly found in favour of Canada. Particularly significant was the decision that using the U.S. lumber benchmark to determine the value of foreign standing timber contravened U.S. law.

In response, the United States requested an Extraordinary Challenge Committee under the FTA. This committee also found in favour of Canada. It should be noted, however, that such decisions have often been majority decisions split along national lines.

With the United States delaying the refunding of past lumber tariffs, and under the threat of a fourth round of CVD investigation, Canada signed a five-year SLA in 1996. Upon signing, the United States refunded duties collected in Lumber III, and the U.S. Coalition for Fair Lumber Imports dropped its constitutional challenge of the NAFTA arbitration process. Under the new agreement, Canada imposed a fixed tax on softwood production above a specified volume. This agreement was particularly difficult for the B.C. coastal forest industry, resulting in layoffs and closures. The SLA expired in 2001, but the countries failed to negotiate a new agreement until 2006.

In 2006, Canada and the United States reached a tentative agreement known as the 2006 Softwood Lumber Agreement. Under the new accord, the U.S. agreed to refund between $4.2 and $4.5 billion in duties collected in the previous four years, and to refrain from initiating trade actions or imposing new lumber tariffs.

Since the 2006 SLA came into effect, the United States and Canada have had several arbitrations involving residual issues from the dispute and from the agreement itself. The agreement expired in October 2015.

After the expiry of the 2006 SLA, both Canada and the United States committed to negotiating a new agreement, as highlighted in the joint statement by Prime Minister Trudeau and President Obama in June 2016.

With no new lumber agreement in place, the U.S. industry petitioned the Department of Commerce to again investigate Canadian subsidies and dumping. In its preliminary decision, released on April 24th, 2017, Commerce once more concluded that Canadian softwood lumber imports are unfairly subsidized. In response, it imposed preliminary duties ranging from three to 24 per cent. The investigation included five Canadian lumber companies that export to the United States and determined the following duties for each company:

All other Canadian imports will be subject to duties of 19.88 per cent, with the single exception of J.D. Irving. This company, which is based in Atlantic Canada, harvests most of its timber from private forests and will consequently face a duty of 3.02 per cent.

The Department of Commerce’s preliminary CVD determination also included a finding of critical circumstances for all Canadian softwood exporters except the four largest. As a result, it assessed the lumber tariffs to be retroactive for 90 days.

The Government of Canada announced an $867-million plan to support forest sector workers and communities, called the Softwood Lumber Action Plan, that will: 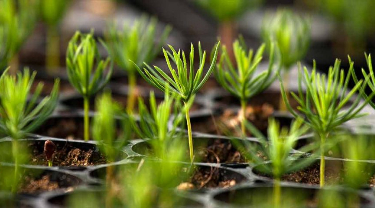