Companies offering software as a service (SaaS) had a head start on other businesses when it came to navigating the global pandemic in early 2020: many were perfectly comfortable working remotely, supply chain drama wasn’t a concern and working under tight financial conditions was par for the course.

So when Canadians were suddenly told to stay home in March, causing most companies’ revenues to go south, the information and communication tech (ICT) industries were able to bear up. In fact, they were one of only three business sectors that saw growth, according to Statistics Canada.

Business is expected to improve soon for other sectors as well, says EDC’s vice president and chief economist Peter Hall. According to EDC’s Global Economic Outlook, Canada’s economy is expected to follow a check-mark shape. While many economists have slowed down their forecasting efforts during the pandemic, Hall and his colleagues instead intensified their scrutiny to help companies navigate the “new normal.”

Hall’s team created the Canadian Economic Recovery Tracker to produce regular reports on the economy. In the August 7 report, Canadian companies were still at 15% below our pre-COVID business activity levels. According to the tracker, consumer confidence is expected to return to pre-COVID levels by late September.

Even though SaaS companies have done quite well as a sector compared to the average business, it hasn’t been all smooth sailing. “It really depends on the type of SaaS business,” says Michael Litt, CEO of Vidyard, a Kitchener, Ontario software company that hosts and analyzes video performance.

Litt says that Vidyard beat their Q1 target by 50% because their products are in high demand right now. It makes sense: companies that used to attract customers with face-to-face visits are no longer buying plane tickets, fancy dinners and rounds on the golf course. Instead, they are investing in video solutions like Vidyard’s to lend their sales efforts that personal feeling.

“Anything in commerce or communications has absolutely thrived,” Litt says. “But there are also SaaS companies serving the hospitality industry that are obviously suffering.” For SaaS companies struck by the hospitality drop, Litt recommends they protect their cash balance by keeping at least two years of operating costs in the bank. They should also consider pivoting to solve the problems their clients are facing. “Is there tech you wanted to build to support a new or existing market to help them get through this time?” Litt asks, suggesting companies that peddle point-of-service systems to restaurants might look at creating software to help them fulfill online orders.

If your SaaS business is looking to get into diversifying revenue streams, there are some sub-sectors with distinct potential. The role of SaaS in health care is expected to grow, as cloud services provide critical connections between medical professionals and their patients. When EDC surveyed more than 160 software companies in 2017, only 5% were dabbling in software related to health care—now, many experts in the field expect that percentage to grow substantially.

In that same 2017 survey by EDC, only 2% of surveyed companies claimed to be in the games, gaming and entertainment sector. Due to COVID-19, that percentage will likely jump, since the pandemic has kept so many at home. Market research company NPD Group says that three-quarters of Americans are playing video games, an increase of 32 million between 2018 and the summer of 2020.

Software that facilitates remote work (like Vidyard) should also do well. Aruba Networks (a Hewlett Packard subsidiary) recently released a report called Preparing for the post pandemic workplace: How IT decision-makers are responding to COVID-19. Some 2,400 IT leaders around the globe were surveyed and the study found that companies are planning to bump up their use of SaaS products by 72% between now and 2022.

A lot of people in SaaS think they’re not eligible for EDC support, but it’s not true.

Subscription payment models undoubtedly had a role to play in the buoyancy experienced by SaaS companies in 2020 because such models provide predictable cash inflow. But still, there’s the challenge that a client mightn’t be able to pay for that service if their business has been gutted by the pandemic. That’s why Vidyard decided to use EDC Credit Insurance. EDC Credit Insurance helps companies protect their most valuable asset—their accounts receivable—by insuring their sale: if a client can’t pay, companies will get up to 90% of their insured losses back from EDC.

“It made sense for Vidyard to insure our accounts receivable with EDC in this climate, given the current vulnerability in the global economy and the fact that we have customers in many countries around the world,” says Matt Hodgson, Vidyard’s chief financial officer. “EDC insurance is a great way to manage this risk for our business.” 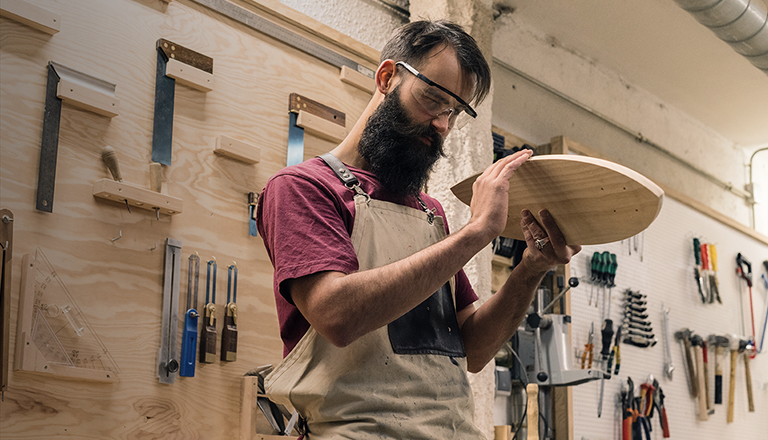 If a customer doesn’t pay you, EDC will. Use SCI to insure international sales and EDC will cover 90% of your insured losses.

Many SaaS companies are already selling their products abroad, which can help bolster their resiliency during difficult times. In late 2019, EDC talked to 170 SaaS companies to see if they had taken the leap to selling internationally, and a resounding 91% said they were already doing it. Not surprisingly, the majority of those exporters were selling to the U.S. (71%). But don’t put all your microchips in one basket: another way for SaaS companies to build their resilience is to diversify the markets they’re approaching. EDC learned that Canadian SaaS companies are also approaching Eastern Europe and Central Asia (with 39% exporting there). Central America and the Caribbean are close behind at 38%, as is the Asia-Pacific region at 36%.

Products like EDC Credit Insurance can be particularly useful when selling internationally, as chasing down payment abroad can be difficult. In the last few years, EDC has made a special effort to reach out to SaaS businesses to let them know how EDC can help them in this and other areas. More of them are leveraging EDC solutions than ever before, representing 27% of EDC’s new business in 2020.

“A lot of people in SaaS think they’re not eligible for EDC support,” says Zeeshanali Fazal, a senior account manager and SaaS specialist at EDC. “But it’s not true.”

Here are some of the solutions EDC has modified to meet changing business needs and reflect the payment models SaaS companies are working with:

Here’s an example of a SaaS company that used EDC to grow its access to working capital: Ackroo, a gift card, loyalty and rewards technology and services provider approached EDC to use the Export Guarantee Program. The company had already acquired six companies when it asked its financial institution to expand its line of credit. It was too much risk for the bank to take on alone, so they introduced Ackroo to EDC. EDC used the EGP to give Ackroo’s financial institution a guarantee on the money Ackroo borrowed, and Ackroo was able to get a line of credit worth 100 per cent of the value of its monthly receivables.

“EDC’s been terrific and has been a tremendous asset, not only in helping us secure some funds, but also by putting us in touch with other technology relationships. They’ve been a wealth of information for us,” says Derek Schaaf, Ackroo’s chief financial officer.

How can EDC help my SaaS company?

If you have a question regarding EDC’s financial solutions, please fill out the inquiry form here.